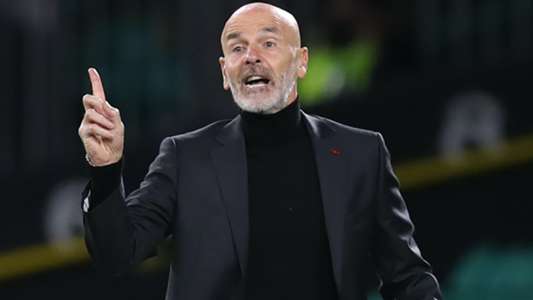 Stefano Pioli has opened up on the secret to AC Milan‘s perfect start to the season after they claimed yet another victory against Celtic.

A 3-1 win over the Scottish champions in the Europa League on Thursday was a fine way for AC Milan to launch their Group H campaign.

Coming just five days after a 2-1 triumph over Inter, it was all the more pleasing to the head coach, who has seen his side win all of their games so far this season.

“We handled the game well, even if in the second half we were less technically precise and we risked a little bit,” Pioli said post-match

“It was important to show that we are not a normal team that shows less of a stimulus after such a desired victory as the derby.

“The secret? We all work in one direction, club, technical staff, players, we all feel involved.”

Speaking to Italian broadcaster Sky Sport, Pioli added: “The secret lies in work, sacrifice and the desire to improve.”

AC Milan return to Serie A action on Monday when they face Roma, who also triumphed in the Europa League on Thursday with a 2-1 away win over Young Boys.

Pioli’s team have won four from four to top the league table and they are unbeaten in 21 games now across all competitions.

“Our strength is to think that the next match is always the most important, and we have to go forward with this mentality,” Pioli told Milan TV.

“In harmony we work much better. I always tell the players to take advantage of every moment and improve more and more, because in football tests never end: you always have to prove.

“On Monday we will have a very important and difficult test, against a strong opponent with quality, especially at an attacking level. We will do our best to continue this positive streak.”

After their clash with Roma, AC Milan will then host Sparta Prague in Europa League action with the visitors losing their group opener 4-1 against Lille.

sportsgamingwirehttps://sportsgamingwire.com
As an Editor and an Sports Geek, it's my pleasure to share my knowledge about Sports and their various aspects that can impact our lives.
Previous articleMourinho savouring Tottenham’s squad depth after Europa League win
Next articleInterMat Wrestling – Matside Recap: NLWC 2 on Rokfin