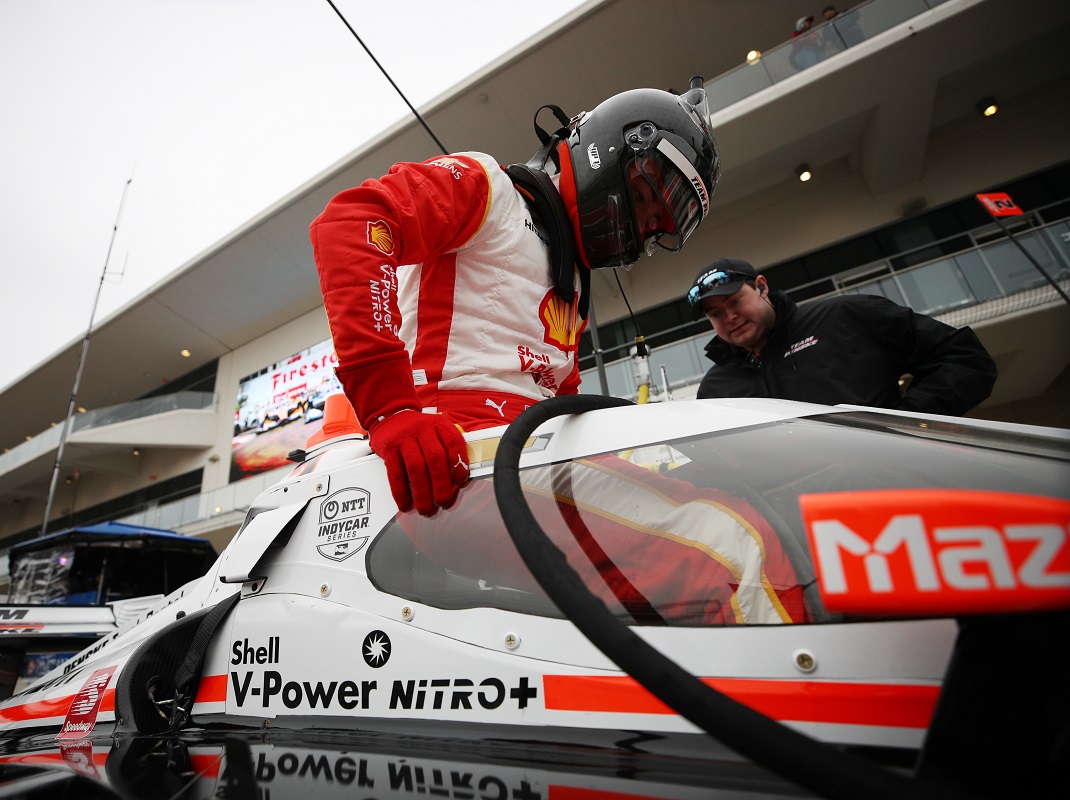 ST. PETERSBURG, Florida – Just days after claiming his third-straight Virgin Australia Supercars Championship title with a fifth-place finish in the Bathurst 1000 at Australia’s Mount Panorama, Scott McLaughlin is ready for another mountainous challenge.

Just to get from Australia to North America to prepare for a race in a completely different form of racing has been quite a travelogue for the young driver from New Zealand.

“I did the race on Sunday in Australia, Saturday your time, and I basically jumped on a plane straightaway,” McLaughlin said Thursday. “Bathurst is about two hours west of Sydney. I flew quickly to Sydney, spent the night in Sydney, then flew 10:30 a.m. Monday morning to America – to California – then California to Charlotte, North Carolina. That was Monday night.

“I went straight to the simulator that night. I did basically a four- or five-hour session on the simulator. It was probably the best thing for my jet lag. I feel amazing now because I stayed up. Went back to the simulator on Tuesday, plus seeing the guys, a little bit of a seat fit here and there. The last couple days, Wednesday and Thursday, it’s just been seeing everyone, getting acquainted with the team a bit more. Everyone has sort of taken a couple days off before St. Pete. Myself and my wife, we’ve sort of just been having a look around, hanging out, staying safe.

McLaughlin was set to make his IndyCar Series debut in the GMR Grand Prix at the Indianapolis Motor Speedway when it was originally scheduled on May 9. That, of course, was postponed to July 4 because of the COVID-19 pandemic.

Because of the move, it created a scheduling issue with McLaughlin’s Supercars team, so his long-awaited debut had to wait until this weekend.

“I think it’s a great opportunity,” McLaughlin said. “I obviously never thought I’d get a chance this year because of the nature of the beast with COVID, all that sort of stuff. I’ve driven the (Indy) car before, which gives me a little bit more confidence heading into St. Pete, that I sort of know what to expect from a car perspective. I’ve never been on a street track in an INDYCAR. I know it’s very bumpy. The feeling inside the car with the bumps and stuff, it’s going to be a lot different.

McLaughlin claims he has always been an Indy car fan and has closely followed the exploits of both Team Penske, as well his fellow New Zealander Scott Dixon.

This weekend, he will drive for Penske’s team against his fellow Kiwi legend.

“I said that from the start. I’ve always been a Scott Dixon fan due to the Kiwi connection,” McLaughlin said. “It’s a bit weird now, I have to work out who I’m going for now that I’m at Team Penske.

“It’s certainly been a transition that has happened pretty fast. I know I probably initially didn’t think that Roger and Tim (Cindric, Team Penske president) would think I’d be ready for an IndyCar, sort of consider me, just because of my touring car roots, having a roof over my head. They put the proposition to me about a year and a half now. I haven’t looked back since. I’ve always been interested it. I love the Indy 500, watch it all the time. Back in Australia it’s a massive thing. The connection with Will Power and Scott Dixon, Down Under, is big.

“For me, it was always a cool thing to be a part of, but never thought I could be because I’ve been in a touring car for most of my career.”

To continue reading, advance to the next page.

sportsgamingwirehttps://sportsgamingwire.com
As an Editor and an Sports Geek, it's my pleasure to share my knowledge about Sports and their various aspects that can impact our lives.
Previous articleGoogle Backs Slowly Away From Stadia Guy’s Very Bad Tweet
Next articleMourinho savouring Tottenham’s squad depth after Europa League win