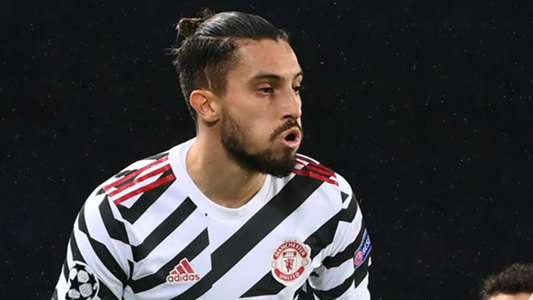 Ryan Giggs sees Alex Telles becoming Manchester United’s version of Andy Robertson, with the Red Devils finding a buccaneering left-back that is capable of emulating the efforts of a rival at Liverpool.

The reigning Premier League champions have benefited considerably from the boundless energy of their full-backs.

Robertson and Trent Alexander-Arnold are considered to set the standard when it comes to a modern day approach that requires defenders to do much more than merely keep opponents at bay.

Jurgen Klopp has found two options at Anfield that provide a regular stream of assists from the flanks, with a different dimension added to Liverpool’s game.

United may have landed themselves a performer cut from the same cloth, with Telles having impressed on his debut in a 2-1 Champions League win over Paris Saint-Germain.

He arrived at Old Trafford boasting 26 goals and 57 assists from a productive four-year spell at Porto, with the potential there for him to deliver a similar return in Manchester.

Giggs believes the Brazilian, who operated at wing-back against PSG, can make the same impact at United as Robertson has made across three seasons at Liverpool.

The Red Devils legend told the Webby & O’Neill Podcast: “With Telles, that’s something we’ve been missing.

“You look at Trent, Robertson, the goals they provide. Now, full-backs have to have that in their armour.

“They have to be like that, if the wingers are coming in, the full-backs have to create the width and make goals.

Telles is not the only United new boy that Giggs sees making a positive contribution to the collective cause.

Donny van de Beek is being eased into the fold at Old Trafford amid fierce competition for places, but the Netherlands international has shown that he can be a useful alternative for Solskjaer when it comes to creativity and goal threat from deep.

Giggs added: “I think with Van de Beek, it’s how does he get in the team?

“When he’s come on, he’s impressed, he always looks like he’s got a goal in him. He scored for Holland during the international break.”

sportsgamingwirehttps://sportsgamingwire.com
As an Editor and an Sports Geek, it's my pleasure to share my knowledge about Sports and their various aspects that can impact our lives.
Previous articleAIFF’s Executive Committee refers Anwar Ali’s case to Medical Committee
Next articlePanel: What more can be done to stamp out controversial decisions?