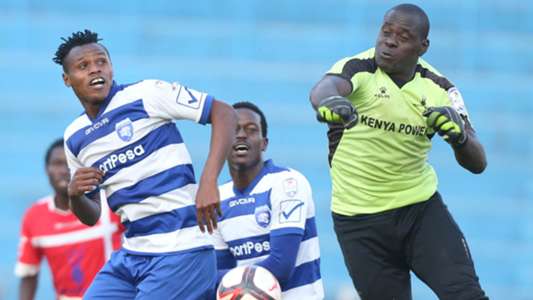 Homeboyz chairman Cleophas Shimanyula has confirmed to Goal they have acquired the services of the 36-year-old after he agreed to pen a one-year renewable contract.

“It is true, we have signed keeper [Odhiambo],” Shimanyula told Goal on Sunday. “We were looking for experience in that area and I am happy Odhiambo has agreed to sign for us, he is a great addition to our squad and we want to use him effectively in the new campaign.”

The shot-stopper, nicknamed ‘Abawa’, has a special attribute to his goalkeeping skills; he is a goal-scoring keeper. In the 2018/2019 Kenyan Premier League campaign, he hit six goals for Stima while last season after only 11 matches, he had scored four, all from penalties.

He also made his debut for the Harambee Stars at the 2019 Cecafa Senior Challenge Cup held in Uganda, playing against Tanzania in a match Kenya won 1-0.

Odhiambo started his career with Tusker FC, winning the 2011 and 2012 league titles with them before moving a division lower to Ushuru FC. He then made another move to upcountry side Chemelil Sugar before eventually crossing over to Western Stima in 2016 where he has been to date.

Shimanyula has further revealed they are still in the transfer market for more quality players as they want to have a strong squad capable of challenging Gor Mahia for the FKF Premier League title.

“We are not done yet,” Shimanyula continued. “We are still talking to a few experienced players who will join us soon.

“We want to be able to challenge for the league title because if you remember well, last season we were almost winning the crown before Covid-19 happened and scuttled our plans, this season we want to go all the way, we have a very good squad and my message to our opponents is very clear, don’t underrate us.

“We have already started training in groups and we hope soon we will be able to play a few friendly matches before the league gets underway, we hope the government will soon allow football to return so that the league can also kick-off as planned on November 20.”

Homeboyz will start the season with a clash against Mathare United on November 20 before returning home to host Sofapaka on November 29.

sportsgamingwirehttps://sportsgamingwire.com
As an Editor and an Sports Geek, it's my pleasure to share my knowledge about Sports and their various aspects that can impact our lives.
Previous articleOn This Day: Evander Holyfield needs just one right hand to drop Buster Douglas for the full count in Las Vegas
Next articleRemembering Tommy Martin – Britain’s Brown Bomber