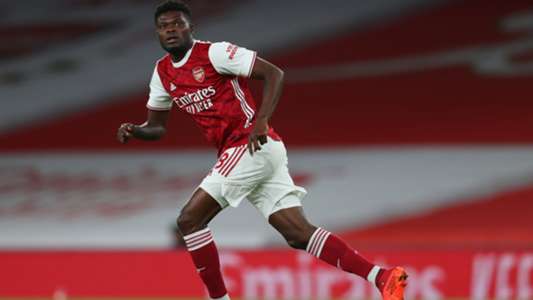 The Ghanaian played from the off domestically for the first time on Sunday, but Leicester City threw a spanner in the works at the Emirates Stadium

Leicester City’s 1-0 success at Arsenal on Sunday was an anomaly in every sense of the word. The Foxes’ win in North London was their first victory on the road over the Gunners in 27 games in all competitions dating back to 1973.

While Leicester’s first success in 47 years at the home of the historic club felt like a deviation from the expected, Jamie Vardy netting the game’s only goal was par for the course. Indeed, the Englishman’s headed strike with 11 minutes to play was his 11th in 12 appearances against the London side.

As for Arsenal, their first home defeat under Arteta since Chelsea got the better of them 2-1 in December 2019 was disappointing, particularly the second half. The Premier League goal drought of captain and talisman, Pierre-Emerick Aubameyang, now stands at five games, his longest stretch without scoring a league goal for the club.

Mikel Arteta’s line-up posed a few interesting questions, particularly the inclusion of Thomas Partey who featured from the off for the first time in the Prem. The signing from Atletico Madrid got a seven-minute run out in Arsenal’s 1-0 defeat by Manchester City in gameweek five, before playing brilliantly in their 2-1 comeback win over Rapid Vienna on Thursday night.

Given that observers pay little or no attention to the Europa League — in the competition’s infancy, at least —Sunday night was the perfect time to see the West African on their screens.

Following James Maddison’s audacious effort to catch Bernd Leno off his line in the opening minute, the Arsenal side settled and there was an immediate interest to work out how Arteta had set up his side.

Xhaka drifted away from central midfield, instead moonlighting as a left-sided centre-back whenever the home side had the ball. This was done to mitigate for Tierney’s pushing so far forward on that left flank, thus preventing Brendan Rodgers’ team from hitting on the break. In fairness, Vardy’s absence meant there were a paucity of runs in behind to truly threaten the Gunners.

The former captain’s role made things interesting, particularly for Partey. Out of possession in the opening 15 minutes and for majority of the first half, the Ghana midfielder pushed forward to press Leicester City’s defenders and central midfielders.

This was done along with Arsenal’s front three of Auba, Saka and Lacazette to disrupt the Foxes’ build-up. Interestingly, there were a few occasions where the 27-year-old midfielder found himself ahead of Lacazette, the Gunners’ central striker when harrying the visitors in their defensive third.

Whenever Arteta’s team were building up, Partey was intermittently the deepest midfielder mostly positioned centrally with Ceballos to his right. With Xhaka occasionally leaving his defensive position to join the new signing in central midfield when Leicester were sat really deep, Arsenal’s shape sporadically morphed into a 2-3-5 in possession.

Thus, the Spaniard and Swiss occupied the right-back and left-back zones respectively, guarding that area in preparation for any Leicester counter. Partey remained central, positioned in front of both centre-backs.

As Rodgers’ side strangely sat off, consequently leaving Luiz in glorious isolation to pick out both wing-backs who were free, the centre-back’s long-range passing set up a few promising openings for the three-time Premier League winners in the opening half.

Sadly, the Brazilian’s withdrawal four minutes after half-time killed every threat the home side carried from their build-up. This was strange due to the presence of Partey, whose first-rate passing range wasn’t utilised enough on the night.

Still, the ex-Atletico man had his moments. He found Bellerin with a well-weighted ball over the top in the 25th minute and the wing-back played a dangerous-looking ball into the centre of the box but there were strangely no Arsenal bodies in that area.

Puzzlingly, little of Partey attempting to release his full-back was seen until after the Foxes scored.

In the 82nd minute, two minutes after Arsenal fell behind, the new signing switched play to Bellerin with a beautiful ball but the wide defender couldn’t control in time and it ran out for a Leicester goal kick. This was repeated in the 89th minute but the ball was hooked away by Christian Fuchs before the Spaniard could chest it down.

In summary, it was bemusing that Arteta’s men were so affected by Luiz’s withdrawal after the break when they had a player of Partey’s profile in the team. The pair had combined in the 40th minute — Luiz intercepted a short pass, played it to the Ghana star whose first-time pass set up Aubameyang for a shot, unwittingly blocked by the Brazilian CB — probably suggesting some sort of early understanding.

The home side’s lack of intensity after the interval was underlined in how their top midfield signing was a tad slow in closing Tielemans down in the move leading to Vardy’s customary goal against them.

Arsenal, who had one attempt after half-time, shouldn’t have suffered as badly as they did after Luiz’s substitution, and the Gunners have to involve the West African in their build-up going forward if they’re to be beneficiaries of his undoubted qualities.

sportsgamingwirehttps://sportsgamingwire.com
As an Editor and an Sports Geek, it's my pleasure to share my knowledge about Sports and their various aspects that can impact our lives.
Previous articleThe Inspirations, Relationships, And Story Of Marvel’s Spider-Man: Miles Morales
Next articleMacho Man – The rise and fall of Hector Camacho