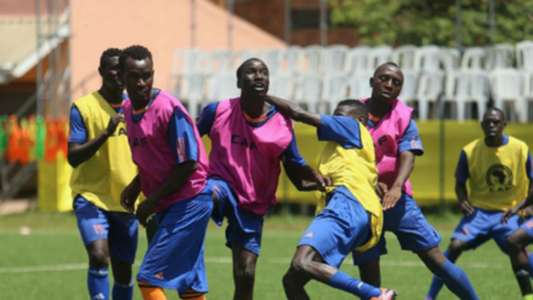 Ugandan Premier League side Kyetume FC has been ordered by the Federation of Uganda Football Associations (Fufa) Dispute Resolution Chamber to pay Ibrahim Kazindula his outstanding arrears amounting to Ush 2,760,000.

The club failed to pay the winger his salary in the months of June, July, and August and opted to file a petition with the Federation on the same. The top-tier side was found guilty of the offence and Fufa acted.

“Kyetume FC [should pay] Ibrahim Kazindula his overdue payables of Ush 2,760,000 (Two Million seven hundred and sixty thousand shillings only) within thirty (30) days from the date of this decision,” read part of the ruling to the player and club, as obtained by Goal.

“In the event that the amount due to Ibrahim Kazindula is not paid by Kyetume FC within the stated time limit, the present matter shall be submitted, upon request, to Fufa for further consideration.”

Kazindula has been with the Mukono-based side since 2018 in the Fufa Big League after joining from Nyamityobora.

Kyetume will be among the top-tier teams to play in the league next season.

The Premier League, which was expected to start on October 17, has now been moved to November 20. The adjustments have been made after the government allowed the resumption of both contact and non-contact sports.

The Ugandan Cup tournament had been declared null and void although Fufa had declared KCCA FC as the country’s representatives in the Caf Confederation Cup.

“There will be no further action of the Stanbic Uganda Cup 46th edition and Fufa the sponsor will soon announce the sponsorship details,” it added.

Fufa annulled the 2019/20 season and went on to crown Vipers SC who were leading the league with 54 points after 25 league matches which translated to 80% of the games.

Former champions KCCA FC finished second in the competition but with four points less than venoms. Vipers will play in the Caf Champions League.

sportsgamingwirehttps://sportsgamingwire.com
As an Editor and an Sports Geek, it's my pleasure to share my knowledge about Sports and their various aspects that can impact our lives.
Previous articleCovid scare in Indian men’s badminton team
Next articleGeorge Kambosos: ‘Pacquiao loved me. We traded leather across 250 rounds’