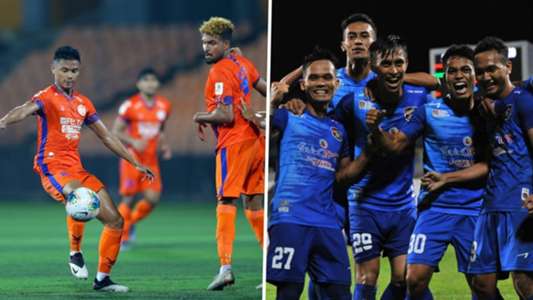 Question marks raised now because of this latest decision as the Premier League will only be left with 10 competing teams for the 2021 season.

Lack of concrete financial muscle, that is the reasoning that Football Association of Malaysia (FAM) have given for deeming both Felda United and UKM FC to have failed to comply one of the criteria in their privatisation from FA to FC.

Even though a conditional approval was given to both teams on Oct 5, this latest decision came after a new deliberation was made in light of both teams having massive changes in terms of backers and sponsors following the structural changes within these two clubs.

Both teams were given until Oct 19 to explain and share the information of their new investors as neither Federal Land Development Authority nor Universiti Kebangasaan Malaysia wanted to proceed with another year of backing their respective competing football teams.

Under the new FC registration, Felda United and UKM FC are owned by FUFC The Fighters Sdn Bhd and Varsity Boys Sdn Bhd.

While both were able to attract new investors, the information provided to FAM was not secure enough for the governing body not to deem them as financial risk if they are allowed to compete in the new season.

FAM went on to explained that this is because the numbers provided by the two teams does not show complete financial capability to sustain an entire season.

As the salary arrears issue keep rearing its ugly head in recent seasons, FAM’s stricter and more stringent move can be seen as positive preventive measure.

UKM FC finished in 9th place in the 2020 Premier League season, three spots away from the last spot in the division and as such were supposed to remain in the second tier next season.

Felda United were supposed to join UKM in the Premier League, having finished second last in the 2020 Super League.

Now with this decision, the next agenda will fall into the hands of Malaysian Football League (MFL) – who now have to decide what to do with the two vacant spots in the Premier League, having already previously stated that no M3 teams will be promoted following the cancellation of their 2020 season.

sportsgamingwirehttps://sportsgamingwire.com
As an Editor and an Sports Geek, it's my pleasure to share my knowledge about Sports and their various aspects that can impact our lives.
Previous articlePanel: What’s your view on the Board’s support for controversial judge Terry O’Connor
Next articleRiot Forge’s Ruined King: A League Of Legends Story Arrives In Early 2021