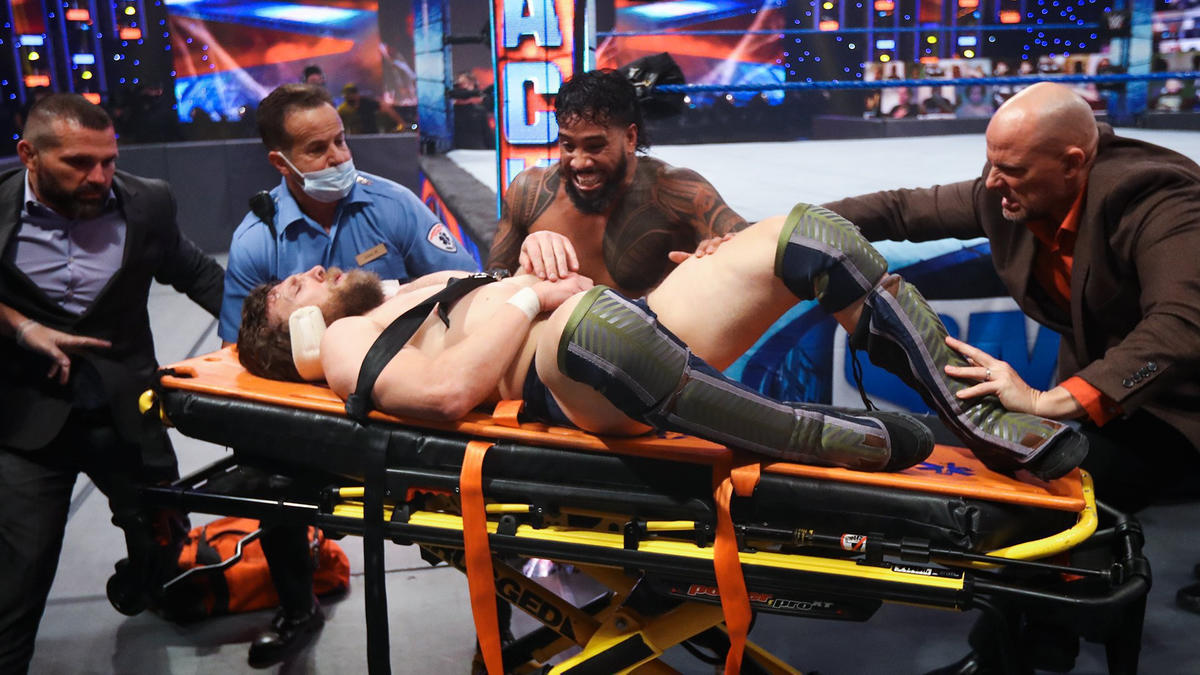 Following his match with Jey Uso on Friday Night SmackDown, Daniel Bryan was evaluated in the WWE trainer’s room, complaining of back and lower abdominal pain.

WWE Medical recommended Bryan be transported to a local medical facility where multiple imaging tests were performed and revealed a bruised kidney and multiple strains and contusions throughout his thoracic and lumbar spine.

Bryan was released from the facility last night and is now convalescing at home.

sportsgamingwirehttps://sportsgamingwire.com
As an Editor and an Sports Geek, it's my pleasure to share my knowledge about Sports and their various aspects that can impact our lives.
Previous articleRiot Forge’s Ruined King: A League Of Legends Story Arrives In Early 2021
Next articleChampionships won in opening FIM CEV Repsol race day