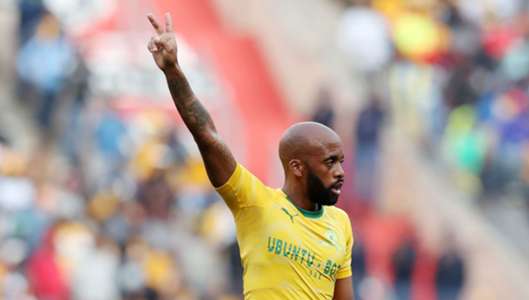 TTM gained their place at the top of the table of South African football after buying the franchise of Bidvest Wits, who had existed for 99-years.

Previous to that, the Limpopo side had bought out Cape Town second-tier side Milano United, in order to play in the National First Division.

They didn’t start life in the top-flight in the best manner and only had three substitutes on the bench for their opening game, a 3-2 defeat to SuperSport United in the MTN8 quarter-finals. At that stage, head coach Joel Masutha had only been with the team for a week – not ideal preparation.

Subsequent to that shaky start, things have not gotten much better, first with the news that Augustine Mulenga and Brian Onyango had also left the team, despite having been announced a few weeks earlier. Mulenga surfaced at AmaZulu and Onyango later joined Mamelodi Sundowns.

Next to be confirmed as no longer being with the team was former Chiefs striker Gustavo Paez. TTM released a statement last week saying that he was contracted to a club in South America.

“TTM FC can confirm that we have parted ways with Gustavo Paez due to the fact that the player is still contracted to Mineros de Guayana Soccer Club.”

More recently, Tshakhuma also confirmed that both Molangoane and Manyisa are no longer part of the setup.

The club has been coming under increasing criticism for their seemingly rather chaotic way of doing things, and one Twitter user wrote:

“This club is being run like a spaza shop, some players are revealed without being signed, some are signed without being informed, just go back to Motsepe league [third division].”

Molangoane and Manyisa’s availability though will surely be attracting the interest of some clubs in the Premier Soccer League (PSL).

After starting the league campaign with two draws, TTM are next up against Swallows FC, in a home match on Wednesday night.

sportsgamingwirehttps://sportsgamingwire.com
As an Editor and an Sports Geek, it's my pleasure to share my knowledge about Sports and their various aspects that can impact our lives.
Previous articleOn This Day – Two modern greats collide as Marco Antonio Barrera outscores Johnny Tapia
Next articleGeorge Biddles’ life in boxing