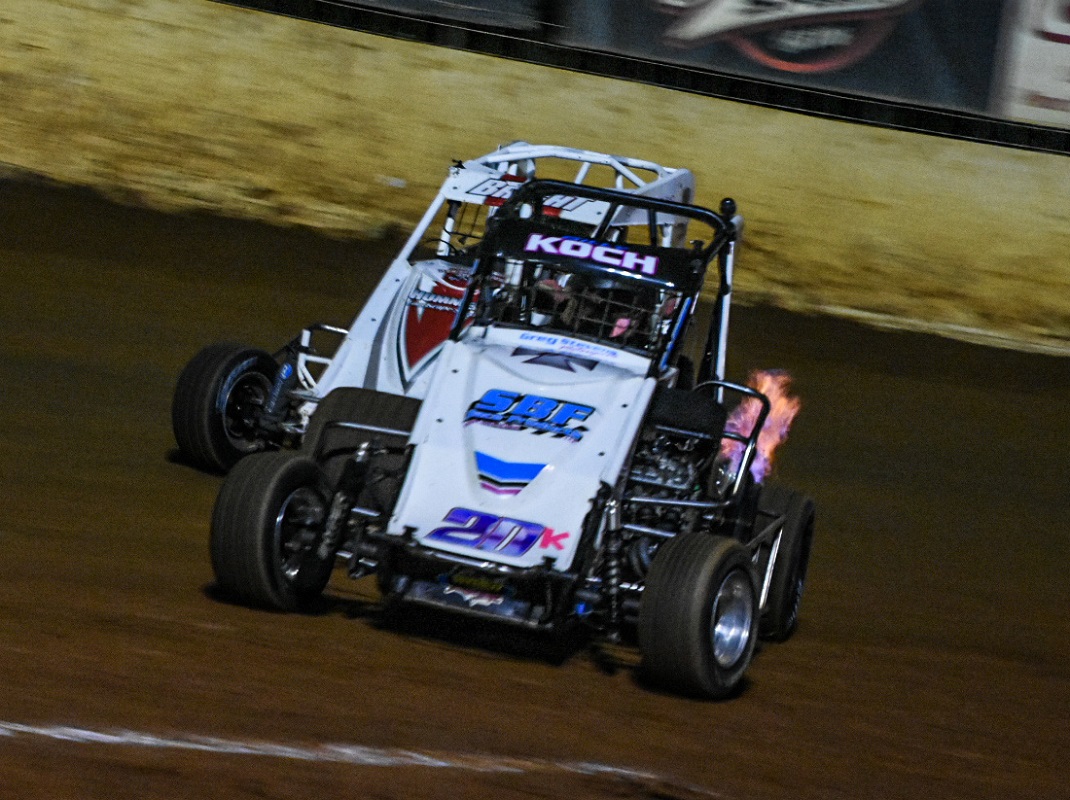 NASCAR Cup Series star Christopher Bell and micro sprint veteran Alex Bright led their respective flights in combined points from qualifying and heat races at the sixth-mile dirt oval, leading a list of 64 drivers who locked into qualifiers ahead of Wednesday’s alphabet soup.

The action Wednesday night culminates with a 67-lap feature paying out either $15,000 to win or $5,000 to win plus a guaranteed ride at the 2021 Lucas Oil Chili Bowl Nationals with Keith Kunz Motorsports.

Bright was the overall high-point man through heat races with 311, going third-quick in flight-B qualifying before advancing from fourth to win his heat.

It’s a performance that has Bright optimistic about his chances going into Wednesday’s action.

“I like where I’m sitting; we’re pretty good in points,” Bright noted. “I think all I have to do from here is be clean and make sure I finish (the qualifier) to have a good starting spot in the feature. I don’t need to push the issue and I don’t need to drive over my head to make the show, because I’ve set myself up well.

“I think we should have something pretty similar tomorrow, so we’ll just see where we end up.”

Bell topped the flight-A points with 305 after qualifying sixth fastest and winning his heat from fourth on the grid in the CB Industries No. 21.

The Norman, Okla., native hopes to add a marquee micro win at Millbridge to a resume that already includes three Golden Driller trophies from the Lucas Oil Chili Bowl Nationals.

“We just have to maintain now, man,” said Bell. “It’s about coming in tomorrow, having no mistakes and seeing where the cards fall. With 67 laps (in the feature), guys in the back are going to be coming up to the front, so it’s not like it’s super important where you start. It’d be nice to start up front, though.

“The track has been completely different than what we had on practice night, but there just hasn’t been as many laps turned. There’s a lot of grip and it hasn’t changed much, but hopefully it widens out,” Bell noted. “If it gets to where we can move around, I think it’ll be a really fun time on Wednesday.”

Millbridge regular and teenage sensation Gavan Boschele kicked off the night by setting the overall fast time in qualifying between the two flights, touring the sixth-mile dirt oval in 10.417 seconds (57.598 mph) with the Drydene Performance Products/Motorsport Games No. 5 for Swindell SpeedLab.

Boschele earned $500 from Factor 1 East as a reward for his qualifying effort.

To view all preliminary results, advance to the next page.

sportsgamingwirehttps://sportsgamingwire.com
As an Editor and an Sports Geek, it's my pleasure to share my knowledge about Sports and their various aspects that can impact our lives.
Previous articleOn This Day – Riddick Bowe wins violent decider against Evander Holyfield in their rubber match
Next articleHave You Played… Three Fourths Home?