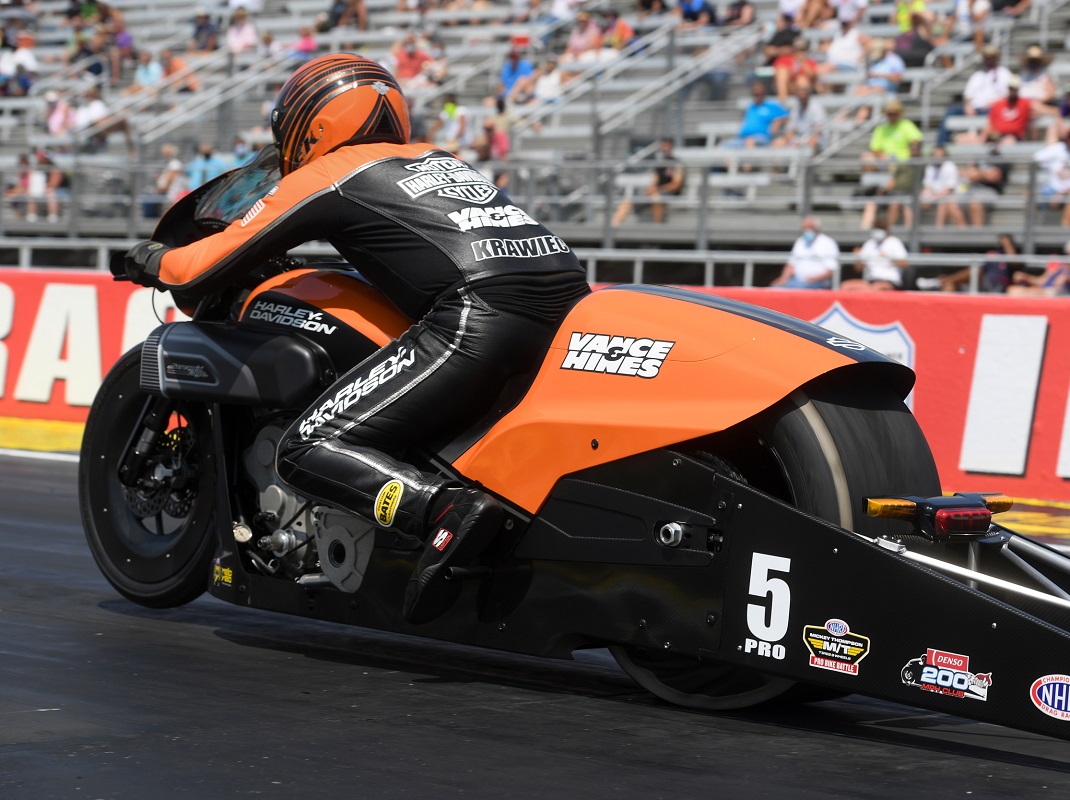 MILWAUKEE, Wis. — Harley-Davidson is refocusing its racing efforts and as a result has withdrawn its support of the legendary Vance & Hines motorsports program.

While Harley-Davidson is not leaving motorsports, it will no longer be involved at the factory level and will instead create various contingency programs to support racing efforts by its dealership network.

“Harley-Davidson’s heritage is rich with racing lore and legacy, and throughout our brand’s history, Harley-Davidson dealers have been the cornerstone of our racing programs,” said Jon Bekefy, general manager of Brand Marketing. “We are excited to continue to support the XG750R racing motorcycle and NHRA Pro Stock Motorcycle efforts through our dealers.”

The Screamin’ Eagle/Vance & Hines NHRA Pro Stock Motorcycle team has earned 107 victories and 10 championships during the past 18 seasons.

Additionally, Vance & Hines has been instrumental in ushering a new era of flat-track competition with the development of the Harley-Davidson XG750R SuperTwins and Production Twins motorcycles, as well as earning a championship in AFT Production Twins.

Vance & Hines will continue to manufacture and support the sale of XG750R SuperTwins and Production Twins bikes to qualified teams.

The company will refocus its efforts by backing dealers through the development of contingency programs for American Flat Track competition.

sportsgamingwirehttps://sportsgamingwire.com
As an Editor and an Sports Geek, it's my pleasure to share my knowledge about Sports and their various aspects that can impact our lives.
Previous articleThe Boxing News notebook – Boxing News
Next articleThe Art Of Watch Dogs: Legion