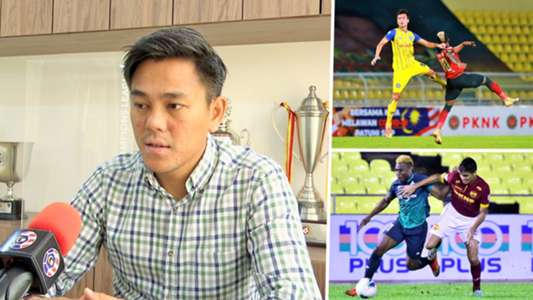 The 2020 Malaysia Cup was forced to be cancelled earlier this week due to the government’s refusal to let it be played out.

The cancellation of the 2020 Malaysia Cup is a reminder that professional football in Malaysia must transform itself into an economically indespensable industry to the country, said Selangor secretary-general Johan Kamal Hamidon to Goal.

After round one of Malaysia’s annual post-season competition was played last weekend, Malaysia’s National Security Council unilaterally announced that the cup had to be postponed due to the second wave of Covid-19 infections in the country. Attempts to persuade the government into allowing the rest of the competition to be played failed, and the Malaysian Football League (MFL) was forced to abandon the Malaysia Cup altogether, with this being the first year since 1947 that no winner will be had for the competition.

Fans pointed out that although the government’s decision seemed unfair due to the fact that professional football have not been known to spread the coronavirus as compared to other Malaysian industries, the government’s absence of reluctance in putting a stop to footballing activities is mainly due to the notion that professional football in Malaysia is not an economically-significant sector.

In Goal‘s telephone conversation with Johan on Saturday, he stated his belief that the competition could still have been carried out safely.

“I get that there are risks involved [in letting the Malaysia Cup continue], but it is almost zero. When everyone on the pitch has been tested negative for Covid-19, how can they infect others? Sure, you can’t socially distance during a game of football, but these players have all tested negative.

“There have been zero cases from professional football in this country, as we have argued, and I believe this should have been considered before the decision was made [by the government],” he noted exasperatedly.

“We all know that football is not a mature industry in Malaysia and that it’s not yet a business. We cannot deny that. But it doesn’t mean that we just stick to the status quo, and we at Selangor have been trying to make it more sustainable.

“Even though it’s not as strong an industry as others, it can’t be denied that it engages many employees and stakeholders throughout the country. Yes, government funding is utilised, but there are also private sector contributions to the industry.

“How are we supposed to increase the percentage of private funding into the football industry when it can easily be dismissed by the government without any strong reasonings and facts?

“The decision (Malaysia Cup’s forced cancellation) has not supported the effort of turning it into a business-driven industry. When it is seen as a sector that can be easily pushed around, it will erode the confidence of the private sector in pro football as one of the avenues of advertising and partnership. It has given a poor impression to prospective partners,” explained the club official.

When asked how professional football in Malaysia can avoid getting mired in a similar situation in the future, with the pandemic still gripping the world, he offered a brief answer:

“The solution is to make professional football lucrative [as an industry], that’s all I can say.”

sportsgamingwirehttps://sportsgamingwire.com
As an Editor and an Sports Geek, it's my pleasure to share my knowledge about Sports and their various aspects that can impact our lives.
Previous articleDenzel Bentley wins the British title and his rematch with Mark Heffron
Next articleVerstappen makes it three out of three in treacherous, rain-hit session · RaceFans