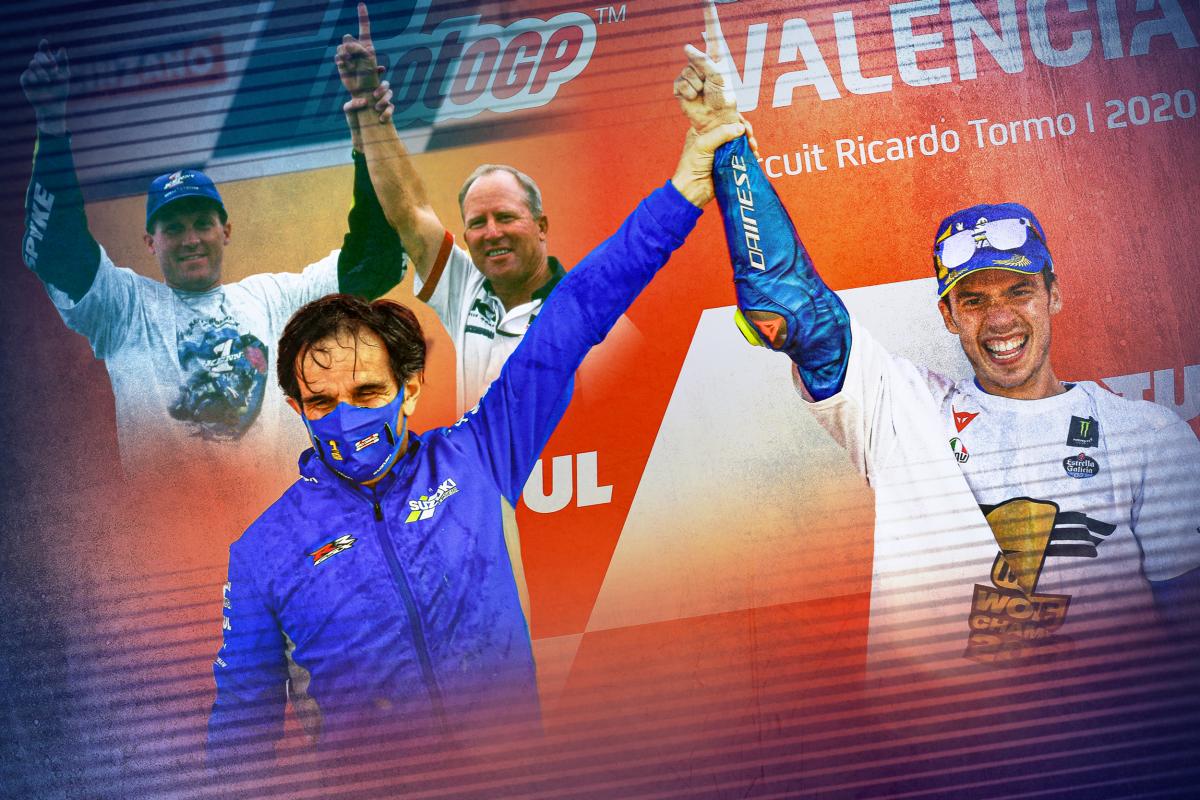 20 years since Kenny Roberts Jr. claimed the 2000 500cc World Championship, the last time Suzuki have been kings of the motorcycle Grand Prix world. Four victories in Malaysia, Jerez, Catalonia and Motegi and five other podiums at Suzuka, Donington Park, Sachsenring, Estoril and in Valencia for the American saw Roberts Jr. beat reigning 250cc World Champion and rookie Valentino Rossi by 49 points that year, becoming the first son of a former World Champion to win the title. It’s been a long wait for Suzuki, but they’re finally back on top. And in doing so, Mir joins an illustrious list of premier class Suzuki World Champions: Barry Sheene, Marco Lucchinelli, Franco Uncini, Kevin Schwantz and Kenny Roberts Jr.

sportsgamingwirehttps://sportsgamingwire.com
As an Editor and an Sports Geek, it's my pleasure to share my knowledge about Sports and their various aspects that can impact our lives.
Previous articleSome respect for Kell Brook
Next articleTerence Crawford leaves Kell Brook’s future in the balance