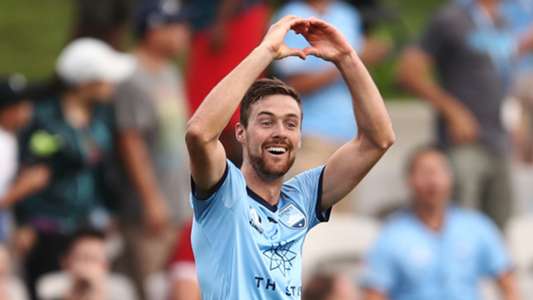 Jacob Tratt has been roped in by Odisha FC to partner Steven Taylor at the heart of defence for the upcoming season of the Indian Super League (ISL).

The Juggernauts have revamped their squad and have got a new manager at the helm in Stuart Baxter. They have brought in five new faces in the overseas contingent and Mauricio is one of them.

The 26-year-old is a versatile defender and can also slot in as a right-back if necessary. His aerial abilities make him a threat in the opposition box during set-pieces.

Let’s take a closer look at the career of a player who has massive experience of playing in the A-League.

Tratt was born in Dubbo, a city in the Orana region of New South Wales, Australia. He started playing football at the age of four and his father John Tratt would supervise him in his childhood. He joined Western NSW Panthers academy to hone his skills in a professional setup.

He went on to join Sutherland Sharks and after spending a significant amount of time with the NSW Premier League side, he joined the developmental setup of Sydney FC.

In 2013-14 he even led the U20 Sydney FC side to the National Youth League title. But it was only in September 2015 that he was handed his first professional contract by the Sky Blues.

Melbourne City had also offered him a trial but when then-coach Graham Arnold called him, he had no doubts whatsoever to join Sydney. But unfortunately, he could not make a single appearance in that season. At the end of the campaign, he saigned for Sydney United in the National Premier Leagues NSW.

In 2016-17 he returned to A-League as he signed for Wellington Phoenix. He finally made his A-League debut against Melbourne City on October 8. He made 20 appearances in that season and scored his debut professional goal against Melbourne Victory in a 3-0 win.

In April 2017, he left Phoenix and then Sutherland Sharks. He did not play for more than a year due to personal and family reasons. But in November 2018, Sydney FC came calling once again after centre-back Ben Warland suffered an injury. It was an offer that he could not refuse and after a successful trial, he signed once again for the A-League outfit.

He was reunited with Steve Corcia, the coach under whose guidance he led Sydney to the U20 league title in 2013-14. He went on to make nine appearances in A-League and scored two goals including a header in the Sydney derby against Western Sydney Wanderers.

After his contract ended with Sydney, he joined Perth Glory. He established himself as one of the regulars and made 15 appearances for the side. At the end of his one-year contract, he was roped in by Odisha FC for the upcoming ISL season. This would be his first stint outside Australia.

sportsgamingwirehttps://sportsgamingwire.com
As an Editor and an Sports Geek, it's my pleasure to share my knowledge about Sports and their various aspects that can impact our lives.
Previous articleChris Eubank overpowers Nigel Benn in greatest ever British contest
Next articleHow should Callum Smith fight Canelo Alvarez?