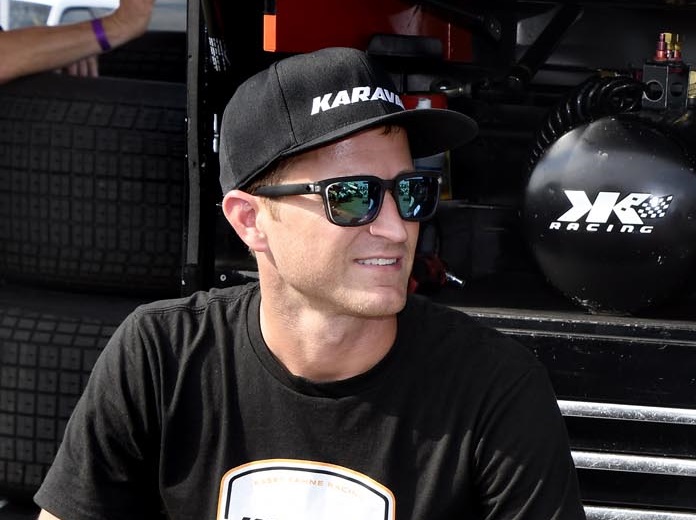 Kahne’s appearance in one of Matt Wood’s Spike Chassis midgets will mark his first time competing inside the River Spirit Expo Center since 2019, when he drove an entry co-owned by his brother Willie and Zarounian Motorsports.

The Enumclaw, Wash., veteran boasts seven Saturday A-main starts at the Chili Bowl with the most recent coming in 2016. His career-best finish in the finale was sixth in 2002.

The addition of Kahne to the MWR stable marks a shift in both mindset and prestige for Wood, who brought his team to Tulsa for the first time this year and put three of his six cars in the show.

“In my opinion, I think Kasey kind of legitimizes our program, you know?” Wood told Sprint Car & Midget. “I think anybody out there would put Kasey Kahne in a midget. He’s made the big show three or four times recently, so I see him as a legitimate Chili Bowl contender. He’s been very good in a sprint car lately. So we’re excited to have him onboard with us.

“What I like about Kasey is that he truly fits into our program; we’re not a big, high-profile team. We just all kind of show up together and everybody works on the cars and we go racing,” Wood continued. “The way I’d explain it is that we’re a mom-and-pop deal that just happens to have seven cars. But this deal is exciting, because like I said, I think Kasey makes our program a legitimate deal. It makes people pay maybe a little closer attention than before to have someone like him want to drive for us.”

Anchoring the Matt Wood Racing stable will be California veteran Shane Golobic, who is one of four drivers returning to the team for the upcoming Chili Bowl.

Golobic is an eight-time Chili Bowl feature starter and has been in the field for the finale each of the past five years.

Copeland has been in three of the last four Chili Bowl features, while Bernal is a three-time main event starter. Moles is still seeking his first start in the Saturday finale.

New to the Wood stable for the Super Bowl of Midget Racing are Kahne, USAC veteran Kevin Thomas Jr. and talented teenager Zeb Wise, whose Chili Bowl appearance for the team will lead into a part-time midget schedule built around his to-be-announced 410 sprint car plans.

With his new lineup and the return of NOS Energy Drink as the anchor sponsor for the seven-car fleet, Wood is excited going into the Chili Bowl, both as a car owner and as a longtime fan of the sport.

“To have NOS on board again this year is huge. They’ve been such a strong supporter of ours. But this is all fun for me,” Wood noted. “I like to go racing with people I like. That’s something I’ve pretty much always said, and I feel like we’ve stuck to that with the lineup that we have here.

“I think we’ve got a no-drama team and I think it’s got some pretty good shoes on it. We’re ready.”

sportsgamingwirehttps://sportsgamingwire.com
As an Editor and an Sports Geek, it's my pleasure to share my knowledge about Sports and their various aspects that can impact our lives.
Previous articlePodcast: The making of Canelo Alvarez vs Callum Smith
Next articleMonster Hunter Release Date Moved Up To Christmas