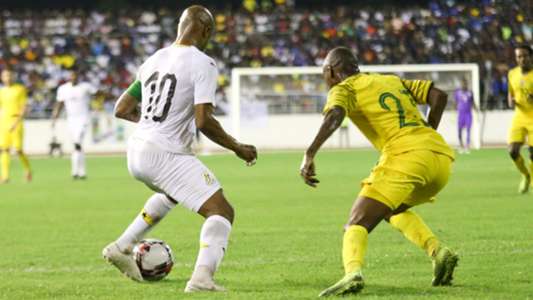 Ghanaian coach Mas-Ud Didi Dramani believes the Black Stars’ chances of qualifying for the 2022 Africa Cup of Nations remain intact despite their defeat to Sudan on Tuesday.

In need of at least a draw to book their place at the final tournament in Cameroon, Ghana suffered a setback in their quest as a Mohamed Abdelrahman’s injury-time goal ensured a 1-0 victory for the hosts.

The Black Stars still top qualifying Group C despite the away loss but have now been tied on points by South Africa while Sudan have moved to just three points adrift of the joint-leaders ahead of the final rounds of games in March 2021.

“Ghana will surely qualify for Afcon despite losing to Sudan Tuesday, we should not blame the coach [CK Akonnor]. We should support him,” Dramani, who currently works with Danish topflight Nordsjaelland, said, as reported by Footballmadeinghana.

“We should build the team around the experienced players in the team like the [Mubarak] Wakaso, [Andre] Dede Ayew, John Boye, Jordan Ayew, etc, for us to get a strong team.

“Building a team is a gradual process so we should take our time for CK Akonnor.”

Ghana coach Akonnor, who assumed duty in January, has won two and lost two of four matches played so far under his reign.

Two of the games – Tuesday’s away loss and an earlier 2-0 home win over Sudan in the reverse fixtures – have come in the Afcon qualifiers.

His next batch of assignments will be against South Africa (away) and Sao Tome and Principe (home) in the concluding part of the race to Cameroon next March.

“Overall, I think we did well. We lost to a team that showed more hunger than us,” Akonnor said after the game.

“The players fought under uncomfortable conditions like the weather and the Sudanese tried to frustrate us before the game and I appreciate the players’ effort.

“The Sudanese players were hungrier than us. We will learn from the mistakes we made today and we’ll do well against South Africa and Sao Tome and qualify.

“I strongly believe and I can assure Ghanaians that we’ll do our best to qualify.

sportsgamingwirehttps://sportsgamingwire.com
As an Editor and an Sports Geek, it's my pleasure to share my knowledge about Sports and their various aspects that can impact our lives.
Previous articleMonster Hunter Release Date Moved Up To Christmas
Next articleThe step up for Conor Benn