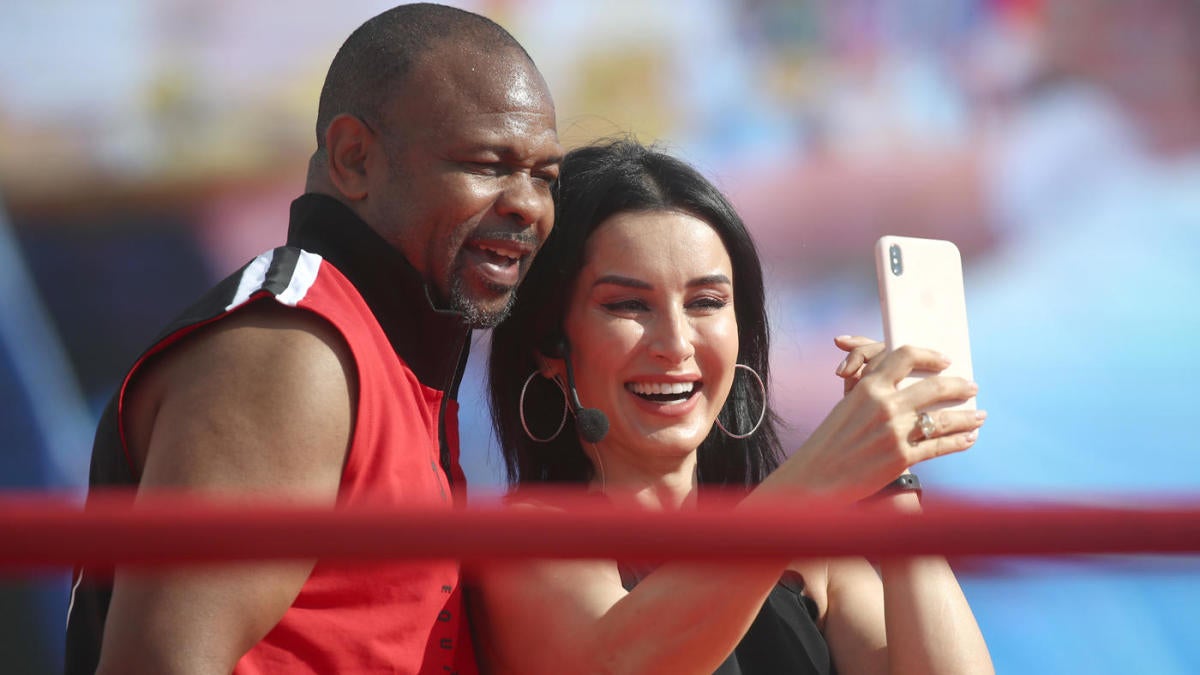 The two competitors will be a combined age of 105 when boxing legends Mike Tyson and Roy Jones Jr. square off in Saturday’s pay-per-view bout in Los Angeles.

The much-anticipated exhibition match will take place inside an empty Staples Center this weekend and match the youngest heavyweight champion in boxing history against the only man to debut at 154 pounds and go on to win a piece of the heavyweight crown.

There are certainly more questions than answers when it comes to what this extravaganza will actually look like when they touch gloves this weekend so let’s take a look at the biggest storylines entering a fight billed as the “Frontline Battle.”

1. So, are we actually fighting here or what?

Oddly enough, this remains the hottest topic of debate given the parameters placed upon the fight by the California State Athletic Commission. Here are the particulars about the matchup: Both fighters will wear larger gloves (12 ounces) but not head gear. Rounds will be just two minutes in length. There will be no official judges appointed by commission although the WBC, which has created a ceremonial “Frontline” title for the bout, has appointed three ex-fighters to determine an unofficial winner. In addition (and this is where the unknown quantity comes in), CSAC executive director Andy Foster has declared the bout will be stopped if there’s a cut and that both fighters will not be allowed to go for the knockout. That’s a major gray area. Foster wants the fight to look like “heavy sparring” but tell that to a fighter in the heat of battle. And try telling that to Tyson, of all people. Both fighters have publicly declared, time and again, they aren’t simply going for the knockout, they are prepared to go for the kill should it become necessary. That either means this circus will be worth the price of admission for curiosity purposes alone or that we could be headed to some form of a controversial stoppage the moment the action heats up. Expect this to put plenty of pressure on referee Ray Corona’s shoulders to give the public their money’s worth.

2. There’s more at stake for Tyson than money

Considering his constant displeasure in romanticizing his days as a heavyweight destroyer, it’s a bit of a shock to see Tyson do such an about face and get into this kind of physical shape for one more run. Fueled by the transformative and introspective healing he underwent through the controlled use of psychedelic drugs, Tyson has come to terms with his past and seems motivated to want to finish out his fighting days on his own terms. Whether it’s smart to do so at the age of 54 is another story. Still, the final nine years of Tyson’s active fighting career was nothing but a sad carnival show filled with losses in which he outright quit, took a tremendous beating or fouled his way to disqualifications or no contests. There’s a somewhat noble quest at stake for Tyson in being able to reconnect with a sport he once loved and attempt to do things the right way while, as he promised, giving nearly all of his profits away to charity. Prime Tyson was an explosive machine fueled by violence, but he glaringly lacked character when things got hard inside the ring. For as potentially ill-advised as this comeback may seem, there’s an opportunity for healing.

3. Jones is by far the more fresher fighter

Once you get past the bizarre rules surrounding this fight and the fact that both are middle-aged men, attempting to handicap a potential winner comes down to two things: Tyson’s power against Jones’ athleticism and speed. A potential even bigger factor, however, remains the fact that Jones was an active fighter as recently as 2018. Yes, the final decade or so of Jones’ legendary career had a few sad moments as he hung on way too long into his late 40s. But he closed his 29-year professional run having won 12 of his final 13 bouts (albeit against questionable competition) and remains in great shape for his age. Jones, who competed at cruiserweight in recent years, has also fought at heavyweight when he won the WBA title from John Ruiz in 2003. That’s far different than Tyson, who hasn’t fought since quitting against Kevin McBride in 2005 before seeing his weight fluctuate dramatically in the years that followed amid bouts with drug and alcohol abuse. Tyson’s power could easily prove to be the great equalizer. But there is certainly more than enough reason to like Jones much more, especially as the fight goes on.

4. There’s a lot that could go wrong here

Let’s just cut right to the chase: Between the commission’s uneasiness to even sanction this “fight” and the combined age of both participants, there is a small strike zone of potential that this experiment actually turns out to be worth the price of admission. Certainly, it’s the intrigue alone of seeing Tyson lace up the gloves one more time that should command a fairly large (although even that remains in debate given the weak promotion of the fight) PPV audience regardless of the outcome. But let’s not forget the 2006 “Mike Tyson’s World Tour” PPV when Tyson (who was wearing a t-shirt) beat up on sparring partner Corey “T-Rex” Sanders (who was wearing head gear and a t-shirt) in their exhibition match. The skirmish was so poorly received by fans that it brought an end on opening night to what was supposed to be a global tour of a disinterested Tyson going through the motions one more time. Tyson has similarly announced the Jones fight will be the first of many PPVs under the new brand name he calls the “Legends Only League.” But there’s no telling how much demand will actually be there should this fight play out similar to its lowest form of expectations. While a short and competitive brawl to entice nostalgia would be ideal, a bad injury to either fighter or a boring affair in which both are laboring to keep up would have much worse lasting effects.

5. There’s plenty of weird on the undercard

From former two-division boxing champion Badou Jack facing an unbeaten fighter you’ve never heard of to British YouTuber and rapper Viddal Riley taking on former UFC heavyweight Rashad Coulter, the Tyson-Jones undercard has plenty of weird fights to whet the appetite. None is more bizarre than 36-year-old Nate Robinson, the 5-foot-9 former NBA guard and three-time Slam Dunk contest champion, facing 23-year-old internet sensation Jake Paul. It’s a fight that’s so weird and out of left field that you kind of have to watch to see what happens. The 6-foot-1 Paul, the younger brother of the equally controversial YouTube personality Logan Paul, will be entering the professional ranks for the second time. The Paul brothers are audacious enough to get you interested in watching for the possibility of seeing them knocked out. Add in a former NBA star with a manufactured beef? That’s the recipe for some sloppy Thanksgiving magic.

sportsgamingwirehttps://sportsgamingwire.com
As an Editor and an Sports Geek, it's my pleasure to share my knowledge about Sports and their various aspects that can impact our lives.
Previous articleIs it possible to write anything new about Muhammad Ali?
Next articleInterMat Wrestling – Taylor edges Dean at NLWC event on Rokfin