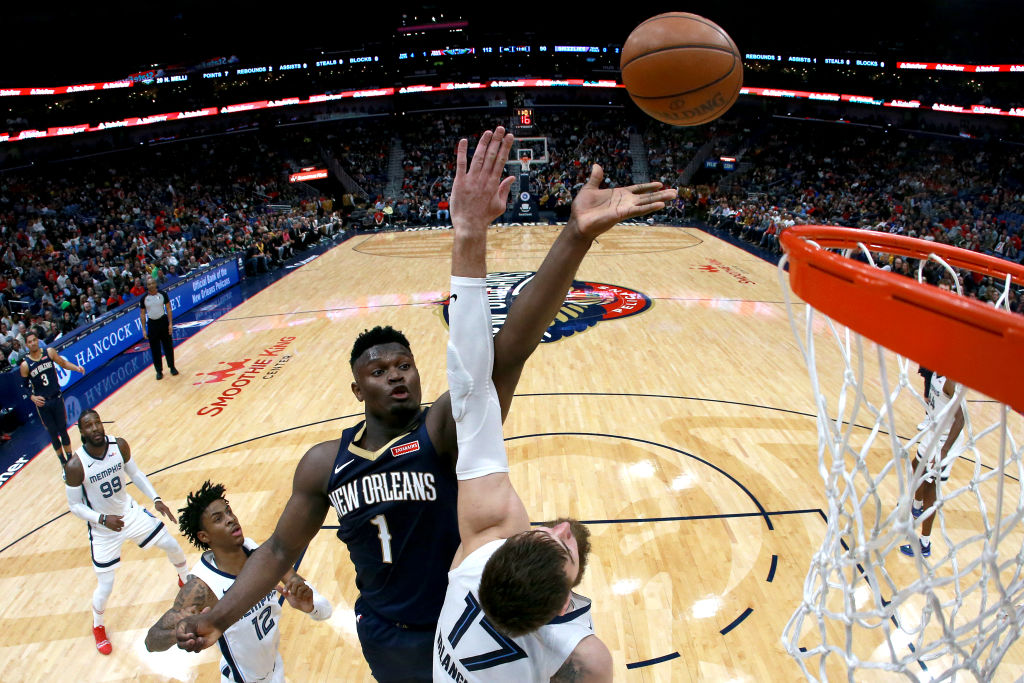 With a now-healthy Zion Williamson back in the starting five, the New Orleans Pelicans look more than promising for the upcoming season.

From the horrendous 2-6 bubble heading to the off-season, the Pelicans have been on the lookout for many player developments. The team composition is unique, with several young players who will lift their playoff hopes.

Williamson’s rookie season stirred rumors after it was already over in 2019. He only appeared in 24 games of the preseason and was out for six to eight weeks following surgery to fix his torn lateral meniscus.

His premature injury had been linked to a right knee injury he suffered while he was in Duke. However, it did not steer the crowd away from taking note of what he has done in the preseason.

Williamson averaged 23.3 points, 2.3 dimes, and 6.5 boards in his four preseason games, something that his coach would be expecting when he returns to the lineup.

Williamson is a rare breed of a player. He is a 6-foot-6 forward who weighs 285 pounds. His weight is not a problem, as his athleticism compensates for it.

His speed is an exceptional ability, and he can go coast-to-coast rushing to the hoop in a few seconds, unlike other big men. Many have questioned his physique and stated that his weight makes him more injury-prone.

Ja Morant might be hailed as the Rookie of the Year after carrying the Memphis Grizzlies to near playoff contention, but Williamson is on the same boat with Morant, and the debates did not stop following his return in January.

Williamson’s NBA debut came at a loss against San Antonio Spurs, 121-117, but despite the loss, his stellar performance was recognized. He was hot in all ceilings, with full 4-out-of 4 from the outside for his 17-straight point production.

In a redemption match against the Boston Celtics, Zion Williamson recorded his first double-double in 21-point, 11-rebound showmanship. It was only his second game since his return.

A month later, Zion Williamson again impressed the fans with his 31 points on 58.8 percent shooting in a win against the Portland Trailblazers during the All-Star break. The No.1 pick is indeed sending waves that he is an asset in the offensive glass.

Related article: 3 Teams That Could Acquire DeMar DeRozan if Spurs Opt for a Trade

It seems that Zion Williamson is not the only one who improved in New Orleans.

Lonzo Ball also improved 38.3 percent from the three-point line; Brandon Ingram became the Most Improved Player of the Year and an All-Star for the first time, while Derrick Favors and Jrue Holiday became defensive threats.

With Holiday heading to the Milwaukee Bucks, the Pelicans found more flexibilities that could happen. Zion Williamson is expected to start at 3, which could offer more interesting match-ups.

“A big part of the reason is because Steven is such an elite screen setter, he can do that on or off the ball. Zion can be used as a cutter away from the ball, he can be used as a ball-handler.”

The exciting position change can be an advantage and a disadvantage to the Pelicans. Starting Zion Williamson at the small forward will open him to more slashing plays. His bulky body and being a slasher pounder could not be stopped in a charge. Playing the 3 could mean avoiding possible injuries from the big men under the rim.

This exchange comes with a price. Zion Williamson’s defense is mediocre. With his height, he could become a four-way defender from the 2 to 5. In their match against the Bucks, he has shown a little awareness in the defense, having lost track of crucial screens for the pick-and-play.

Another defensive weakness that he has is the inability to defend in the perimeter. His height would have been perfect for guarding the best shooters in the league.

With Zion Williamson’s build that can penetrate screens, he could lock down a guard, but that is not the case. He is not guarding anyone tightly. Ample space between him and the attacker is a vital point to remember. To guard a shooter in a man-to-man set-up, he should never lose sight of the passing outlets ahead of him.

Zion Williamson still has a lot of room to improve. He is only 20 years old and is already making waves about his workout during the NBA suspension. If he sheds some pounds, he will likely surpass the expectations from the skeptics.

No one knows what could happen when the 2021 NBA season opens on December 11. The Pelicans are a rebuilding team challenged with obstacles along their journey.

For sure, Zion Williamson is now going on the road to becoming the next star player of New Orleans. With Ingram being the cornerstone, the Pelicans’ bright future should not be missed in the years to come. They all need to prove the worth that they are finding.

Sports Champion: The Youngest Prodigies in the Sports World

sportsgamingwirehttps://sportsgamingwire.com
As an Editor and an Sports Geek, it's my pleasure to share my knowledge about Sports and their various aspects that can impact our lives.
Previous articleHave you played… Draugen? | Rock Paper Shotgun
Next articleAnthony Joshua vs Kubrat Pulev: A fight three years in the making

The Wekundu wa Msimbazi have come out...
Read more
Motorsport