Aina on winning Premier League Goal of the Month award 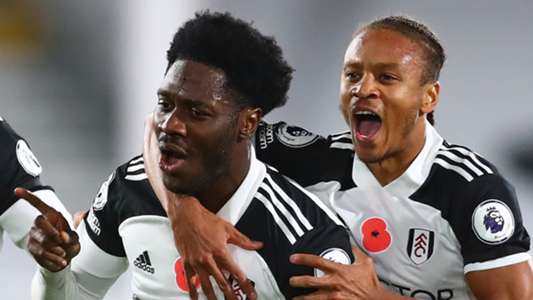 Fulham fullback Ola Aina has expressed his appreciation to fans and teammates after winning the Premier League Goal of the Month award for November.

The Nigeria international’s thunderous strike in the Cottagers’ 2-0 victory over West Bromwich Albion was adjudged the best effort in the month under review.

The 24-year-old fired home from 18 yards to open his account in the Premier League and helped his side clinch their first win of the 2020-21 campaign.

In winning the individual accolade, the defender beat off strong competition from compatriot and Crystal Palace midfielder Eberechi Eze.

Aina has taken to social media to thank all those who supported him in scooping the individual accolade.

“So grateful to everyone that voted for me it’s a big pleasure. I thank God also and my teammates. The work continues,” Aina posted on Instagram.

Aina teamed up with Fulham in the summer on a season-long loan from Serie A side Torino with an option to make the deal permanent and has been delivering fine performances, defensively and offensively.

The Super Eagles fullback has made nine appearances for Fulham since teaming up with the side, helping them to win two Premier League games.

His showings also helped the Cottagers to climb off the bottom three on the league table after gathering seven points from 11 games.

Aina started his career with Chelsea and spent more than a decade at Stamford Bridge but only made three Premier League appearances for the club before leaving the side permanently in 2019 to join Torino.

The defender will hope to continue his impressive performances when Fulham slug it out against Premier League champions Liverpool on Sunday.

sportsgamingwirehttps://sportsgamingwire.com
As an Editor and an Sports Geek, it's my pleasure to share my knowledge about Sports and their various aspects that can impact our lives.
Previous articleIn his final ring appearance, Ashley Theophane is broken down by Sam Eggington
Next articleA fighting heritage – Kubrat Pulev on sparring with his brother and being inspired by his father