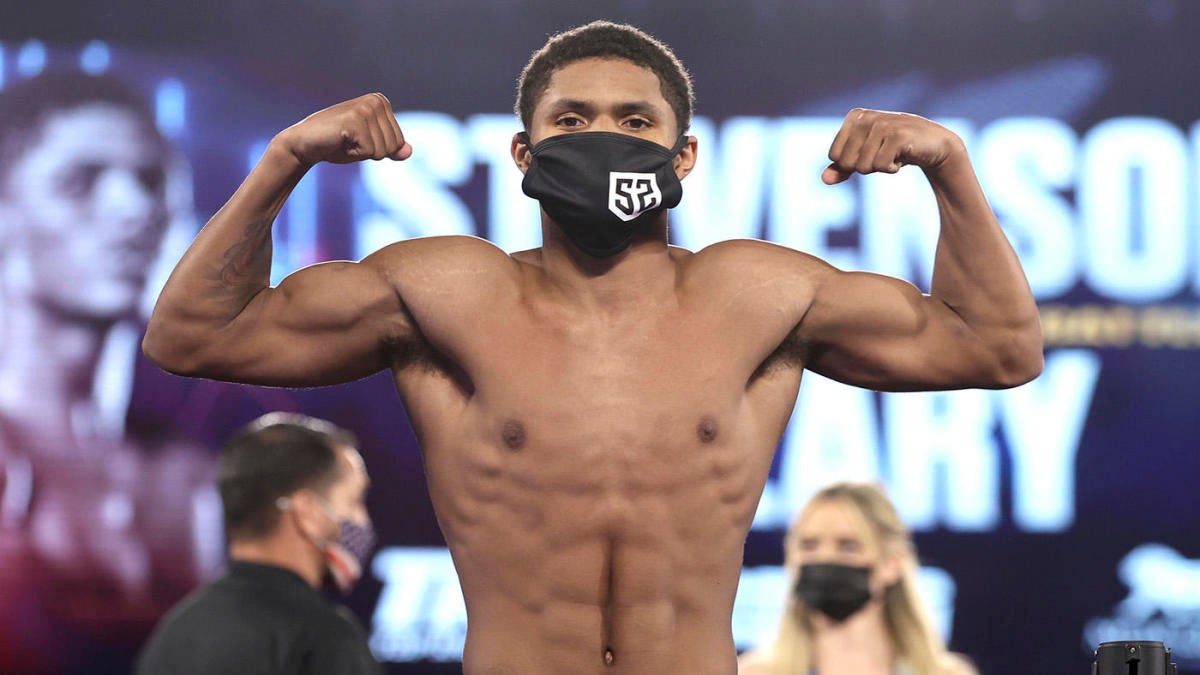 Saturday night inside Top Rank Boxing’s Las Vegas bubble, Shakur Stevenson will face off with Toka Kahn Clary in a junior lightweight main event (10 p.m. ET, ESPN). The fight was put together on short notice with Top Rank looking to fill a main-event void left when Miguel Berchelt was forced out of his junior lightweight title defense against Oscar Valdez due to a positive COVID-19 test.

The situation could have led to a showdown between Stevenson and Valdez, but Valdez chose to wait for his title shot and avoid risking his status as a title contender by taking on a rising and talented star in Stevenson (14-0, 8 KO). That left an opening for Clary (28-2, 19 KO) to step in and attempt to derail the 23-year-old former featherweight champion’s attempt to strike gold in a second division.

Clary is the B-side in the fight, of course, and Top Rank’s Bob Arum is not engaging in promoter-speak to try and sell the fight as competitive. Instead, watching Stevenson ply his trade is the attraction.

“No, he’s got no chance,” Arum told BadLeftHook.com of Clary’s odds in the fight. “But I don’t think anybody has a chance against him. I don’t think he gets tested until he goes to 135 pounds, where Teofimo Lopez is.”

While the idea of Stevenson vs. Lopez seems far-fetched, with Lopez likely growing out of the 135-pound division before Stevenson arrives, there are still some huge fights on the horizon for Stevenson — many of which feature southpaw opponents. That’s where Clary brings extra value to the fight with Stevenson, providing the up-and-comer some practice in a battle of left-handers.

Jamel Herring, Joseph Diaz, Vasiliy Lomachenko and Gervonta Davis are all potential target opponents for Stevenson either in the immediate or down the road, all of whom fight out of a southpaw stance. Stevenson knows that the tune-up against Clary leads to bigger things in his quest to take over at 130 pounds, but also has a big warning if Lomachenko thinks he can return to the division without any resistance.

“If I’m being honest with you about who I’d pick, I know I’m the mandatory for (the Jamel Herring-Carl Frampton) winner, then I’d say (Miguel) Berchelt because he’s the big, bad killer of the division,” Stevenson told Morning Kombat. “Lomachenko is cool and all, but he’s coming off a loss and I don’t think it’d be too wise of him to call out for me or try to come in my weight class and say just because he was too small for 135, he lost to Teofimo. I don’t think that’d be too smart. 130 is my weight class, and I just feel like if he comes down here, he’s gonna get something that he don’t want. He shouldn’t do that. I’m gonna give him a fair warning that he shouldn’t do that.

“…I feel like if me and Lomachenko fight, I think I’d beat him worse than Teofimo. And not saying anything against Teofimo, he put in a dominant performance. I just feel like I’d win every round. It’d be hard for him to win any rounds.”

But, before Herring, Berchelt, Lomachenko or even Lopez, Stevenson has to handle the task in front of him, and, he doesn’t plan on slipping up against Clary.

“I think that he’s really being slept on,” Stevenson said. “I think a lot of people don’t think he’s as good as he is, but I’ve watched him fight, I think he’s a solid fighter. He makes a lot of mistakes but he also does a lot of things good. But I think it’s gonna be a great performance by me, I’m just coming in there to perform. I don’t care how good he is, I don’t care what’s in front of me, I just know that I’ve got to perform.”

The card on Saturday night, which will mark the final for Top Rank in 2020, features some of the promotion’s top young prospects. Among them, Edgar Berlanga may be of the most interest. The super middleweight will take on Uilses Sierra in a featured bout where he looks to extend his ridiculous streak of 15 straight first-round knockouts. Plus, MMA fighter Clay Collard is back in action and looking to cap off an insane 2020 with his sixth win of the year when he faces Quincy LaVallais.

While the talk of not overlooking Clary is good — a Stevenson slip-up would be a disaster — this fight is what it is. Clary is being brought in to play opponent and get Stevenson some in-ring work against a southpaw ahead of bigger fights. The odds don’t lie on how competitive this fight should be. Clary has suffered losses to Jhon Gemino and Kid Galahad, two fighters who are several levels below Stevenson in terms of pure talent. This should be an easy night at the office for Stevenson with the primary question being how long he allows Clary to stick around. Pick: Stevenson via TKO5

sportsgamingwirehttps://sportsgamingwire.com
As an Editor and an Sports Geek, it's my pleasure to share my knowledge about Sports and their various aspects that can impact our lives.
Previous articleAnthony Joshua levels Kubrat Pulev to defend heavyweight titles
Next articleShakur Stevenson sets his sights on the Jamel Herring-Carl Frampton winner