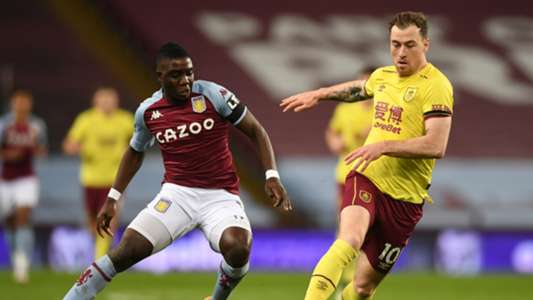 Marvelous Nakamba said he is ‘always ready’ to play for Aston Villa after making his first Premier League start in their goalless draw against Burnley.

The 26-year-old combative midfielder earned his place in Villa’s starting XI after Douglas Luiz was suspended for Thursday’s outing.

Nakamba was in action for the entire duration at Villa Park and his defensive contributions helped Aston Villa register back-to-back clean sheets in the Premier League.

Having played in seven matches across all competitions this campaign, the Zimbabwe star reiterated his commitment to the Claret and Blue Army ahead of the West Midlands derby against West Bromwich Albion on Sunday.

“Every time I’m needed, I’m always ready for the team. We have a group of good players who are pushing each other in training,” Nakamba told the club website.

“We have to continue to give our best in each and every game. We have to try to keep getting better and better.

“We’re looking forward to the next game, the derby. We have to go back to the drawing board as a group and focus on the next match.”

In his reaction to Thursday’s draw, Nakamba described it as a ‘disappointing’ result for Dean Smith’s side who were not clinical in front of goal after managing 27 goal attempts in the encounter.

“We played our best as a team. We had some chances to finish it off, but unfortunately, we couldn’t take them,” he said.

“Of course, it’s disappointing not to collect more points. In football, you can never be satisfied with one point, especially at home.

“Now we have to pick our heads up and look forward to the next match. When we get those chances again, we have to focus on finishing them.”

Aston Villa are 11th in the Premier League table with 19 points after 11 matches.

sportsgamingwirehttps://sportsgamingwire.com
As an Editor and an Sports Geek, it's my pleasure to share my knowledge about Sports and their various aspects that can impact our lives.
Previous articleWatch The First Episode Of Mamoru Oshii’s New Anime Right Here
Next articleLatvala appointed Toyota WRC team boss

Now I have Roy Jones by my side...
Read more
Boxing

The descent of Sergey Kovalev

SERGEY KOVALEV was once deemed the most dangerous...
Read more
Boxing