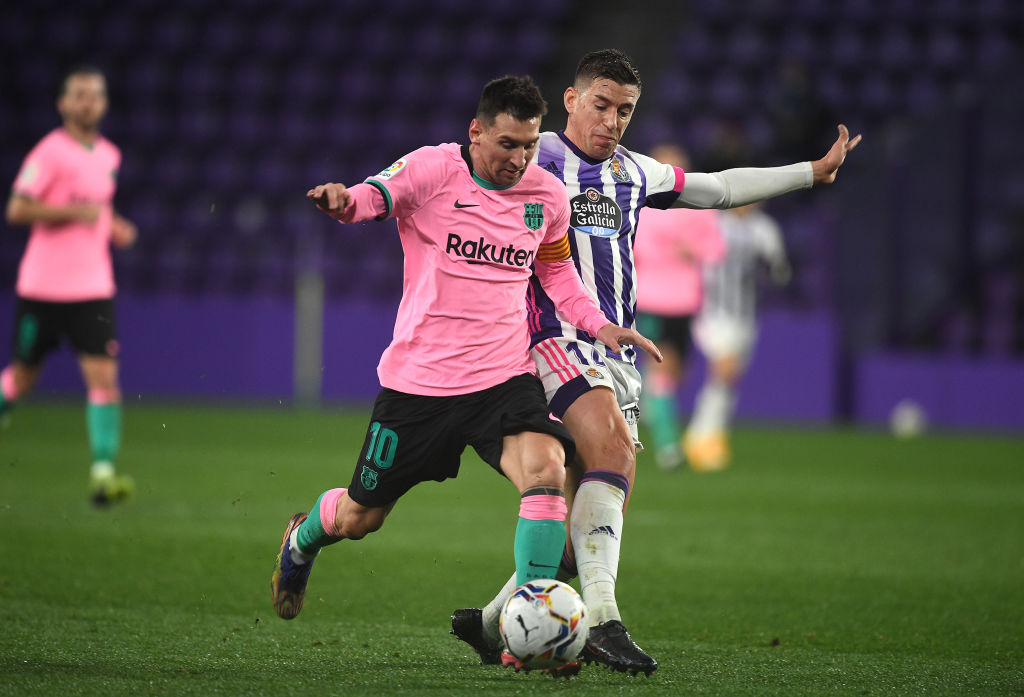 Lionel Messi made another history after surpassing Brazilian Pele in the most number of career goals at 644. (Photo : Octavio Passos/Getty Images)

Lionel Messi has made another history in football.

FC Barcelona forward and captain Lionel Messi broke Pele’s record of 643, the most scored goal of a player for a single club. Messi kicked his 644th goal in their match against Valencia CF that ended in a draw, 2-2, in the La Liga.

Messi, who had six European Golden Shoe awards, dove for a header for his milestone goal. Before that, Messi’s penalty rolled to Valencia goalkeeper Jaume Domenech, who deflected it.

The six-time Ballon D’Or awardee could have knocked down more goals as the match reached the final curtain. The early goal from Clement Lenglet at the 21st mark and the second goal from Martin Braithwaite in the 35th minute were too much for Valladolid.

It took Lionel Messi 749 games in 17 seasons to achieve the historic feat. On the other hand, Pele only needed 665 games to acquire his record when he played for Santos.

During Pele’s time, some football players came close to his outstanding goal-scoring record.

Gerard Muller, the most impressive scorer to ever land in Bayern Munich, raked in 565 goals between 1964 and 1979. His famous season-high 40 goals put him in the Bundesliga poster.

Next is Fernando Peyroteo, who had 544 goals between 1937 and 1949 when he played for Sporting CP. Peyroteo was followed by Josef Bican, who recorded 534 goals for Slavia Prague.

RELATED ARTICLE: Ronaldo to Messi: It’s Always Beautiful to Play Against Him

The ten-time La Liga titlist added, “Even less so the one I achieved today which Pele held … I can only give my thanks to all those who helped me throughout the years, my teammates, my family, my friends and all those who support me every day. Much love!!”

Lionel Messi started in 2004, but he collected his first career goal only a year later. Besides ten titles in the La Liga, he had four Champions Leagues trophies with the Catalan Club.

Messi’s record-breaking kick took social media by a big wave, especially when the previous record-holder was the one who had commented on his stellar feat.

“When your heart overflows with love, it is difficult to change your path. Like you, I know what it’s like to love wearing the same shirt every day,” Pele posted on Instagram.

Pele, who debuted with the Santos in 1956, was only 15 years old at that time. He was one of the youngest newcomers who joined football. In 1974, Pele departed after Santos amassed six Brazillian league titles, including two Copa Libertadores crowns, the Champions League counterpart of South America.

Up to date, Pele remains the winningest player in the history of football World Cup. The 80-year-old Brazillian was the only player to win the same event three times.

Top 10 Athletes Who Have Talent in Dancing

sportsgamingwirehttps://sportsgamingwire.com
As an Editor and an Sports Geek, it's my pleasure to share my knowledge about Sports and their various aspects that can impact our lives.
Previous articleThe fifth RPS Christmas cracker
Next articleKosei Tanaka: ‘You must fight with tough guys to become tougher’