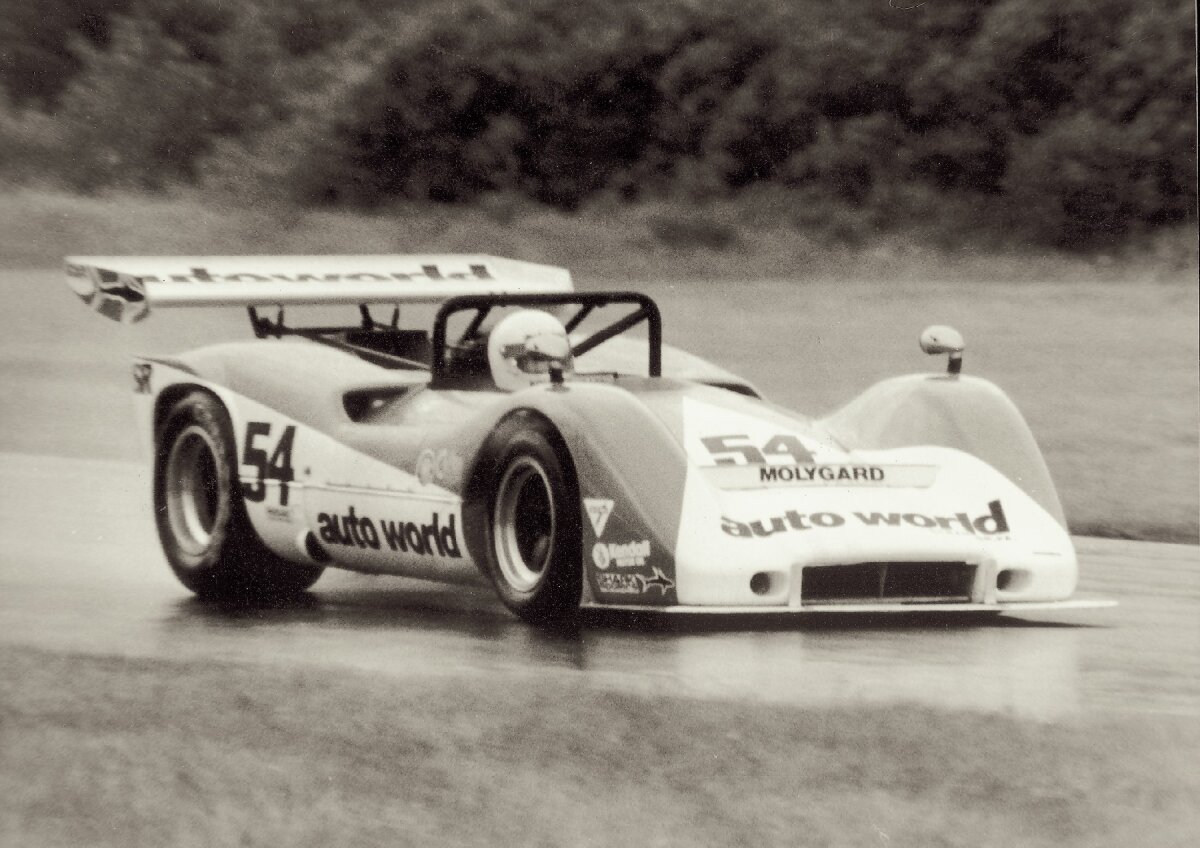 Koveleski joined the Sports Car Club of America in 1950 when he was 18 years old. He won his first regional race at Bone Stadium in Pittston, Pa., in 1951. He was a regular competitor in SCCA during the 1950s and ’60s and was also a frequent participant in the 12 Hours of Sebring and the 24 Hours of Daytona.

Motorsports was a career for Koveleski in more ways than one, as he founded Auto World in 1958. The company specialized in mail-order model car and slot car business. Through the years, he and his wife, Elaine, published thousands of model car catalogs and he was also instrumental in the creation of Car Model Magazine in 1962.

On the track, Koveleski began racing with the renowned Can-Am Series in 1969, wheeling his own M6B McLaren featuring the No. 54. He chose the number because of the popular television show of the time, “Car 54, Where Are You?”

Koveleski was one of the most popular drivers in the series because of his antics off the race track, which often involved running slot cars around the pit areas and race tracks.

After retiring from driving, Koveleski served on the SCCA board of directors and promoted SCCA events at Pennsylvania’s Pocono Raceway. He was also highly involved in the effort to improve safety for racers and served on the board of directors of the Motor Racing Safety Society. He was also known for his Kid Racer project and as the president of the Polish Racing Drivers of America.

Koveleski was inducted into the SCCA Hall of Fame in 2015.

sportsgamingwirehttps://sportsgamingwire.com
As an Editor and an Sports Geek, it's my pleasure to share my knowledge about Sports and their various aspects that can impact our lives.
Previous articleThe 10 Best Deals of December 29, 2020
Next articleEditor’s Pick: ‘I never felt remotely sorry for any opponent I’d badly knocked out, even as a schoolboy,’ says Colin Jones