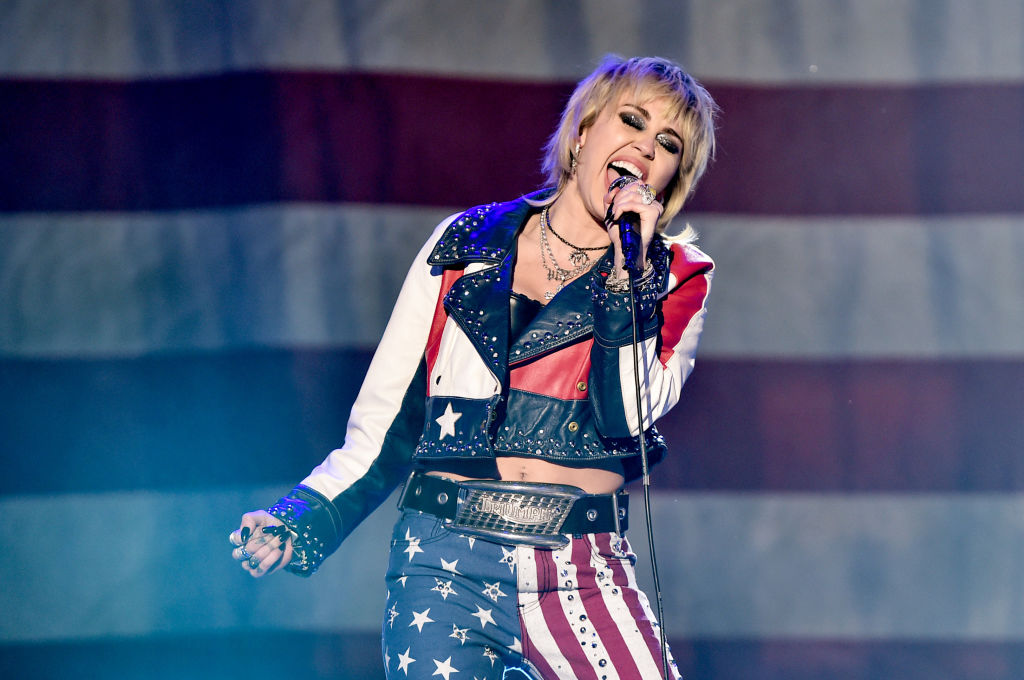 Miley Cyrus is excited to be a part of the Super Bowl LV pitting the Buccaneers against the Chiefs on February 7. (Photo : Alberto E. Rodriguez/Getty Images for dick clark productions)

Miley Cyrus is excited to be a part of the Super Bowl LV on February 7.

Cyrus will be on TikTok Tailgate

According to Billboard, 7,500 COVID-19 healthcare workers who were already vaccinated were invited by the National Football League to the Super Bowl 2021, where the most awaited match between the Tampa Bay Buccaneers and the Kansas City Chiefs is waiting.

In rare instances, healthcare workers were compensated with monetary equivalent and similar incentives. This time, the “frontline heroes” will be rewarded by the NFL for the special access to the yearly national football championship. The special part of the perks given to them includes watching American pop and country singer Miley Cyrus appeared on the stage.

As a way of thanking the modern-day saviors, Cyrus will perform live in front of them. She will dedicate her performance to the special guests of the TikTok pre-show of the Super Bowl LV.

In a report by NME,  the decision was finalized by Miley and the NFL on January 4. Prior to Cyrus’ live NFL pre-show, it was announced that the football league will open the Raymond James Stadium for the 22,000 spectators of the Super Bowl LV. The exclusive pass to the venue includes the free admission intended for the healthcare workers.

SUPER BOWL LV!!! I’ll be there for TIKTOK TAILGATE!!! I can’t wait to put on a show for the NFL’s honored guests before the game. Health care workers from Tampa and around the country!” Cyrus wrote on her Instagram last January 24.

The live performance will be aired on CBS and TikTok on February 7 at 2:30 PM ET (7:30 GMT). Besides “The Climb” singer, The Weeknd will also be joining her for the night show during the 2021 Pepsi Super Bowl LV Halftime Show. Jazmine Sullivan and Eric Church are assigned for the “Star-Spangled Banner”  and H.E.R will sing “America The Beautiful.”

Cyrus’ upcoming Super Bowl pre-show may feature glimpses of “Plastic Hearts,” her most recent album which was released last November 27 by RCA Studios. “Midnight Sky” and “Prisoner” are the two singles in this album on top of several collaborations and covers of “Zombie” by The Cranberries and “Heart of Glass” by Blondie.

Earlier this January, the 28-year-old singer guaranteed that there is more awesome music that will enter this 2021, as per her Instagram post.

Cyrus told that the past years have been difficult for her after she thought that she is living a fairy tale life. It came a time when she is always attached to alcohol, drugs, and a group of people, only to end up being unhappy and always doubtful of her purpose in life.

The vaccinated health care personnel selected by 32 teams in the NFL are those who hail from home communities, the USA Today reported.

Meanwhile, NFL commissioner Roger Goodell commended the sacrifices of the health care workers in risking their lives to save those who are infected by COVID-19. Goodell hoped that this little initiative will serve as a recognition for the frontline heroes. In addition, the event will also help to establish the proper health practices during a pandemic, and how important is the vaccine to the entire nation.

5 Diet Tips on How To Be a Healthy Athlete

sportsgamingwirehttps://sportsgamingwire.com
As an Editor and an Sports Geek, it's my pleasure to share my knowledge about Sports and their various aspects that can impact our lives.
Previous articleJake Paul Offers McGregor $10,000 To Fight Him, Mocks the Irishman for Losing To Poirier : OTHER : Sports World News
Next articleWhy WWE athletes have fantastic fitness levels