What It Would Really Take To Get Me Back Into Pokémon 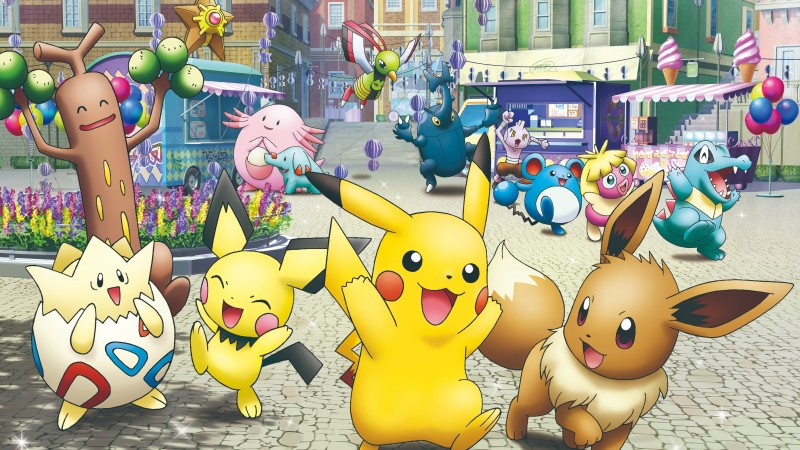 The greatest trick I repeatedly pull is convincing myself I’ll play the latest Pokémon title, but then never actually doing it. Like many kids of the ‘90s, I fell in love with Game Freak’s lovable Pocket Monsters when they initially took the U.S. by storm. I lost countless hours playing Red, Blue, and Yellow multiple times, invested just as much time in the anime, and collected way too many cards. I was a certified Poké-maniac.

When Generation 2 rolled around, I was eager catch some new monsters, but a series of unfortunate events pushed me away from the series for good. First, my Game Boy Advance was stolen with my copy of Pokémon Gold inside (which I’ve never completed to this day). Then the anime let me down for the final time when Ash lost the Johto League finals even after defeating Gary, cementing Ash as a choke artist I could no longer get behind. My enthusiasm for the franchise simply vanished after that. Outside of a brief, random return with Pokémon Platinum and partaking in the beautiful phenomenon of Pokémon Go’s early days, I haven’t touched the series since. Still, I kept an ear to the ground for every subsequent release, secretly hoping for an irresistible new feature that would lure me back.

Over the years, I imagined what the series would need to do to draw me in again, but the goalposts moved every time they were met. I said I wanted an entry with full 3D graphics. Then X&Y happened, and I never touched it. I said I wanted a mainline console RPG. Then Let’s Go and Sword & Shield release – and I haven’t played them. I said an MMO would be cool. Then someone made TemTem and … well, I’ll get back to you on that when it hits consoles. The point is: What does this series really have to do to get me interested again? With the Pokémon’s 25th anniversary in full swing, I took time to really consider what it would take for me to dust off the old Pokédex one more time.

sportsgamingwirehttps://sportsgamingwire.com
As an Editor and an Sports Geek, it's my pleasure to share my knowledge about Sports and their various aspects that can impact our lives.
Previous articleTraining hard: Viñales rides his Yamaha R1 in France
Next articleHigh-stakes Royal Rumble placement to be decided on a special edition of WWE Backstage