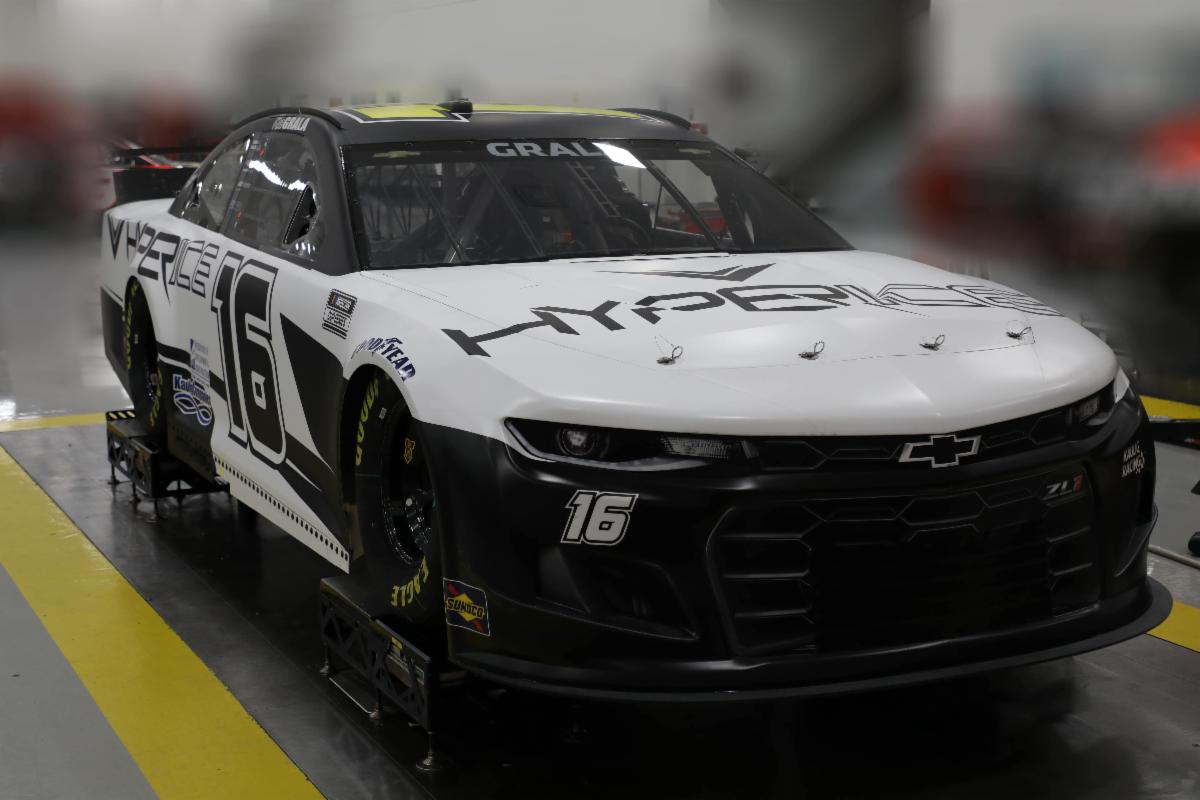 The partnership kicks off this week at Daytona Int’l Speedway, where Kaulig Racing and driver Kaz Grala will attempt to qualify for the 63rd Daytona 500. Grala will pilot the No. 16 Hyperice Camaro ZL1 1LE for Kaulig Racing.

“In a race that often comes down to hundredths of a second, each team looks for tools that provide competitive advantages to outperform the pack,” said Jim Huether, CEO of Hyperice. “In the same way that the car build is expertly engineered from the ground up to the highest of standards and with top-notch technologies, the Kaulig Racing team now has access to Hyperice devices and technologies to optimize their movement, recovery and performance.”

Kaulig Racing has been equipped with the entire Hyperice product suite to aid in their training and preparation leading up to the race. The pit crew will also have track-side access to Hyperice technologies during the race via custom Kaulig Racing HyperTanks, helping them to move better.

“At Kaulig Racing, we are dedicated to enhancing team performance and succeeding week in and week out,” said Kaulig Racing President Chris Rice. “Many of Hyperice’s products are designed to accelerate warmup and recovery, which fits with Kaulig Racing’s appetite for success. I can relate personally and professionally to the versatility of Hyperice’s products and am thrilled to have them partner with us. While people don’t always associate NASCAR with athleticism, the amount of stress our drivers and crew put their bodies under is incredible, making the warmup and cool-down process an integral part of their routine.”

“I’ve been using Hyperice products for a couple years now to complement my training program,” said Grala. “Not only have they helped me increase my mobility, but I rely on them each week to get my body ready for the track after intense training between races. I couldn’t think of a better fit to join me in my first Daytona 500 than Hyperice. Now it’s time to get to work and move better together.”

sportsgamingwirehttps://sportsgamingwire.com
As an Editor and an Sports Geek, it's my pleasure to share my knowledge about Sports and their various aspects that can impact our lives.
Previous articleWhen Dave the plasterer fought boxing legend Roberto Duran
Next articleBreland on Deontay Wilder: ‘His career is done now’