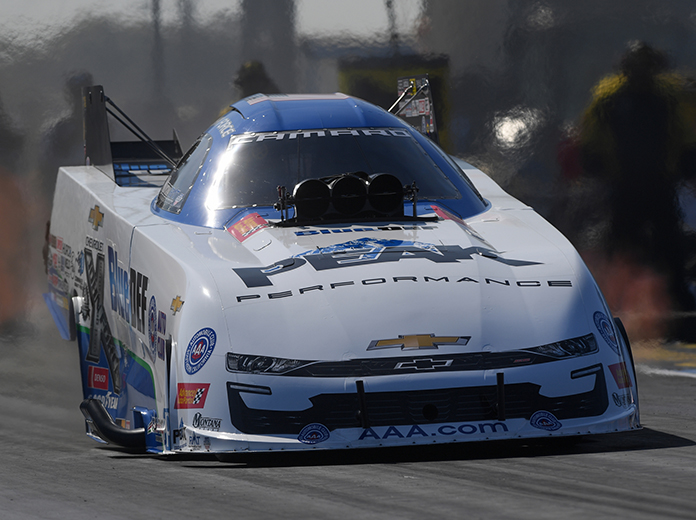 John Force Racing sat out most of the 2020 NHRA Camping World Drag Racing Series season after the COVID-19 pandemic shut down the racing industry for several months.

“Thank you to all of our sponsors and fans for sticking by us. I really realized how much I love this sport and I appreciate the chance to get back into my PEAK/BlueDEF Chevrolet,” said owner and CEO John Force. “We’re excited to be back racing and to have all of our sponsors with us. I’m looking forward to working with Camping World and can’t wait to see where the sport goes with them on board.”

“I’m really looking forward to getting back to going rounds and winning races with this Auto Club team,” said Hight. “I know Jimmy [Prock] and Chris [Cunningham] and all our Auto Club guys are excited and ready to get going. I’m happy to be continuing John Force Racing’s over 20-year partnership with AAA and ultimately going after another championship.”

“I can’t wait to get back to the racetrack with my Monster Energy / Flav-R-Pac team,” said Brittany Force. “We’ll be chasing down our first win of the season right out of the gate. This year I’m really looking forward to racing in Seattle with Frank Tiegs and Flav-R-Pac as the title sponsor.”

Absent from the John Force Racing driver lineup is Austin Prock, who competed for the team in the Top Fuel division in 2019. He claimed one victory that year and was named the Auto Club Road to the Future Award as the series’ top rookie.

sportsgamingwirehttps://sportsgamingwire.com
As an Editor and an Sports Geek, it's my pleasure to share my knowledge about Sports and their various aspects that can impact our lives.
Previous articleMajor overhaul for Olympic qualification
Next articleTribute to the exceptional Malcolm Collins