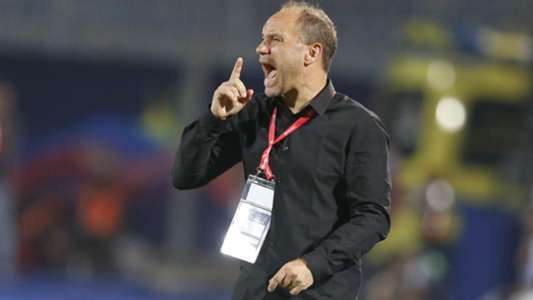 Sebastien Migne has dismissed reports he has already arrived in Tanzania to take over as the coach of Yanga SC.

Social media reports were awash on Sunday that the 46-year-old tactician had already arrived in Dar es Salaam in readiness for the unveiling ceremony as the club’s next coach to replace Cedric Kaze, who was fired on March 7.

Migne, who has previously handled Kenya’s Harambee Stars, has confirmed to Goal he has not travelled to Tanzania and is still at home in France but could not divulge further details on whether he was primed to take up the job.

“I have no news…sorry,” Migne told Goal on Monday when asked whether he was heading to Yanga. “I am still in France actually.”

Initially, French tactician Hubert Velud was seen as the front runner to take charge of the Dar es Salaam club, but the reports later emerged the club had changed their mind and set focus on the French tactician.

In a recent interview, Migne told Goal he will not hesitate to take up the vacant coaching role at the Mainland Premier League giants and further confirmed they had already contacted him for the job.

Asked how his situation to the Yanga switch was, Migne told Goal: “Nothing new at the moment, just some contact from other different clubs.”

On whether he is willing to take up the coaching role at Yanga, Migne explained: “Depends on different parameters but why not…you know my love for East Africa.”

Pressed further, to reveal the last time Yanga made contact, Migne said: “I guess it is your job to have this kind of information, not mine, just ask Yanga but in the meantime, just wait and see what happens.”

Migne was the Harambee Stars coach when they qualified for the 2019 African Cup of Nations, and although the team did not do well in the competition held in Egypt, the coach helped the country make an appearance at the continental podium for the first time since 2004 in Tunisia.

Migne left the Harambee Stars job when they were defeated in an African Nations Championship qualifier by Tanzania in August 2019 at Kasarani.

He was later appointed Equatorial Guinea head coach where he led them in an Afcon qualifier against Tanzania in Group J, but he left the position due to family issues during the coronavirus pandemic.

So far, Juma Mwambusi has been appointed as the interim head coach as the club goes into the market for yet another new tactician.