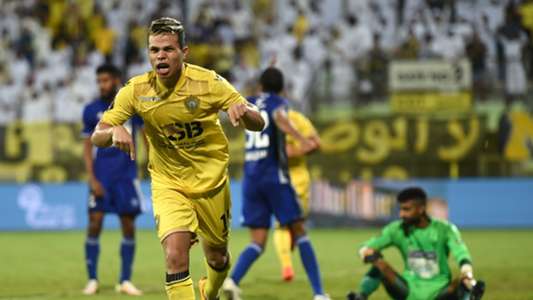 The nominations for the best awards for the month of March were announced by the UAE Arabian Gulf League in the categories of best player, best goalkeeper, and best coach.

Dodo scored thrice in March and was instrumental in propelling Khorfakkan to the 10th spot, keeping them away from the relegation zone. Meanwhile, Lima has also scored three goals and his most notable performance came against Ajman when he scored a brace in a 4-2 comeback win.

Paul-Jose M’Poku was also in a rich vein of form and played a key role in Al Wahda’s two wins against Al Dhafra and title contenders Al Jazira.

Laba was shortlisted for his four goals for Al Ain and Hammadi is also in the race for being a defensive stalwart for Al Jazira.

Whereas, Shabab Al Ahli coach Mahdi Ali is vying for the best coach award as he led his team to a 12-game unbeaten run. Bani Yas manager Daniel Isaila is giving stiff competition as he guided his troops to the top of the table with a historic 48 points on board. Al Ain coach Pedro Emanuel is also in the running for the individual prize.