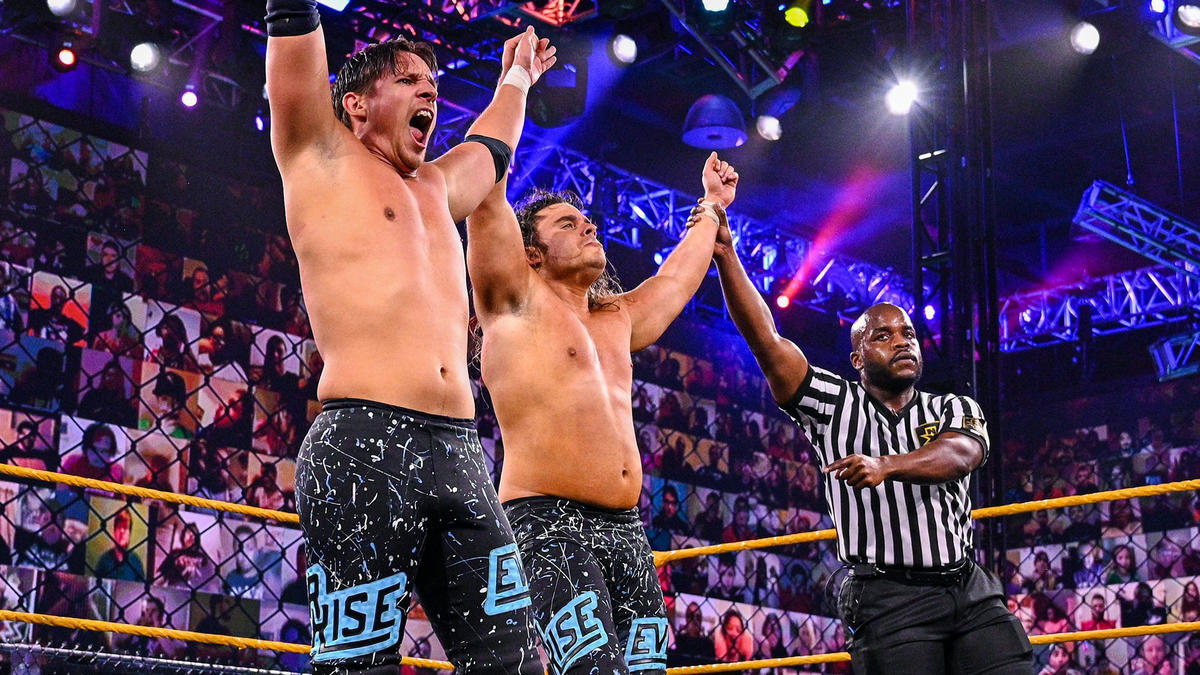 Jake Atlas and August Grey have competed as partners and opponents over the last few months on 205 Live, but any lingering friction from Grey’s narrow singles victory over Atlas from several weeks ago wasn’t noticeable when the two acrobatic competitors joined forces for a tag team bout against The Bollywood Boyz.

Instead, Atlas and Grey had the look of a battle-tested tandem, and they earned the win with an incredible sequence; Grey blindly tagged himself into the match, Atlas tattooed Sunil with a superkick and The Life of the Party leveled his opponent with a crossbody for the 1-2-3.

As Atlas and Grey exited up the ramp, Tony Nese and Ariya Daivari hit the scene for their upcoming match against Ever-Rise, resulting in a lengthy staredown and some seemingly tense words between the two teams.

Ariya Daivari has recently put a lot of effort into attempting to corrupt August Grey and get The Life of the Party to embrace underhanded tactics and shortcuts, but The Persian Lion likely didn’t help his cause when he and Tony Nese were decisively defeated by Ever-Rise.

True to form, Daivari Dinero and The Premier Athlete showed no qualms about breaking the rules, as Daivari delivered a sucker punch to Chase Parker when Parker was on apron, and Nese later yanked Parker to the ringside floor to prevent a tag.

Though he was reeling after taking punishment from both of his foes, Martel valiantly fought his way out of the corner with some desperation strikes and made the clutch tag to Parker.