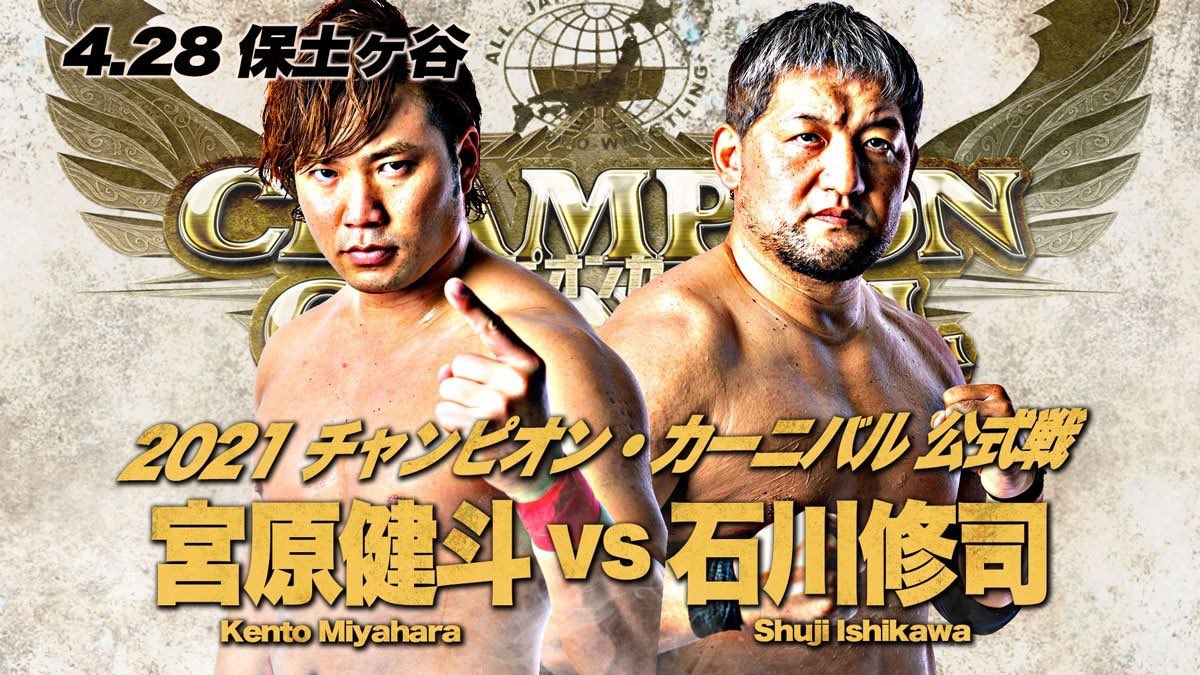 This was kind of plodding to start, with them just brawling around outside and then some directionless wrestling in the ring with Doi working over Aoyagi. Things picked up about halfway in when Aoyagi started to make his comeback. Doi hit a cool looking deadlift vertical suplex at one point. Doi looked to have some momentum, but Aoyagi managed to slap on a front necklock when Doi had picked him up and transitioned into the End Game for the submission. This turned out to be okay, but nothing that would set the world on fire. ***

These guys chopped each other a lot in the opening minutes. Ashino then went to work on Zeus’ right arm in order to neutralize his offense of chops and lariats. Zeus sold the arm well at first, doing a cool looking overhead belly-to-belly suplex with one arm. But then Zeus hit a Chokeslam with his right arm out of nowhere and some lariats with the same arm followed up by a Jackhammer for the win. This made Ashino look like a huge geek. This was fine, but did not live up to expectations and the finish was silly. **3/4

This started with a bunch of slow mat wrestling. Now, I like mat wrestling, but not like this. I would have preferred when you have two guys who work in a shoot style to just kick each other really hard instead. This match never really picked up either because then Lee hit several knee strikes to Sato who sold like he got knocked out (he may have legitimately been knocked loopy) and Lee covered for the pin. This was the weakest match in the Champion Carnival thus far. I will say that it at least didn’t feel as long as it actually went, thankfully. Lee hasn’t exactly been having a workrate tournament, but he is at least growing into his heel role and I think he is carrying himself better as the tournament has progressed. **

These guys got right down to business which was nice after the previous match. Otani hit a tope con hilo off of the apron to the outside early on in the match and injured his right shoulder. That held up the match for a minute as referee Kyohei Wada gave Otani a moment to try to compose himself. Suwama then went to work on the arm and shoulder after that. Otani to his credit worked through the injury. He used a lot of kicks, but also did chops with his left arm. Suwama got the win with a Sleeper Hold. They did a pretty damn good job here all things considered with the injury. Otani in particular put in a great performance given he was wrestling with one arm. Unfortunately, this injury will cause Otani to forfeit his final two matches in the Champion Carnival. ***1/4

They went to the floor early on, and did the usual ringside brawling you see in a Miyahara match. Ishikawa worked over Miyahara’s back for a bit. Ishikawa was in control most of the first half of this match, and ended up really working on top most of the way with a few Miyahara comeback spots. Ishikawa hit the Fire Thunder Driver and Splash Mountain, and Miyahara kicked out of both. Ishikawa then countered the Shutdown German Suplex and unleashed an offensive flurry that ended with the Giant Slam for the win. The first half of the match was somewhat boring, but things really picked up in the closing minutes leading to Ishikawa having to bust out the Giant Slam for the first time in the Champion Carnival. ***1/2

This was the weakest night of the tournament. A disappointing way to conclude the Champion Carnival shows in front of crowds. It’s also sad to see Otani’s Champion Carnival cut short due to injury, but at least him having to bow out isn’t going to wreak havoc on the booking.

Going into the penultimate Champion Carnival show, here are the standings: