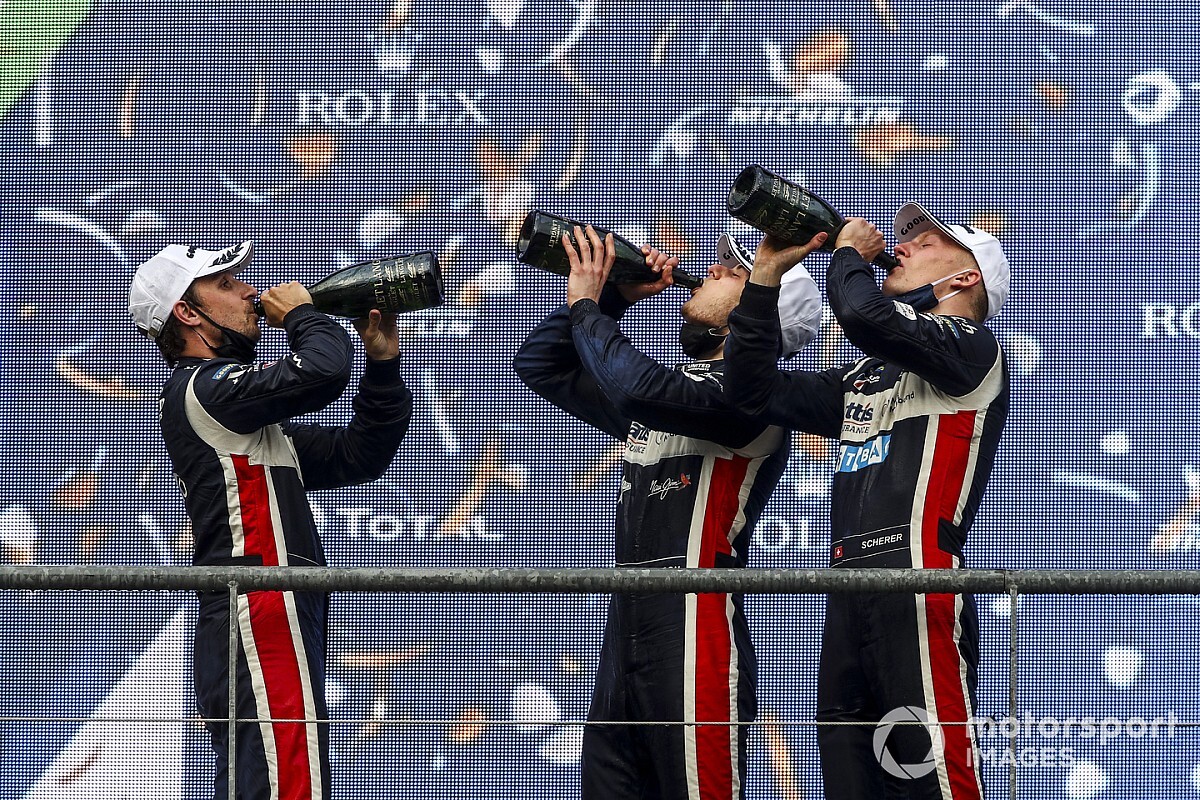 United Autosports, the Anglo-American team co-owned by Zak Brown and Richard Dean, picked up where it left off after winning the 2019/20 WEC LMP2 championship, setting the pace all week with the #22 Oreca 07-Gibson to win the Spa 6 Hours.

Lead driver Albuquerque set the second fastest time overall during the two-day WEC Prologue, ahead of two of the three Hypercar entrants, before claiming pole for Saturday’s season opener.

During the race Phil Hanson comfortably established a lead, with Albuquerque expanding United’s advantage to over a minute.

A drive-through for a full-course yellow infraction meant rookie Fabio Scherer’s margin at the finish had shrunk to 44 seconds over the second-placed #38 JOTA Oreca of Antonio Felix da Costa, Roberto Gonzalez and Anthony Davidson, but United’s fifth win since December 2019 never seemed in doubt.

“It’s a dream week,” Albuquerque said about United’s Spa performance. “We were P1 since Monday, and it’s quite incredible the pace that we were having here.

“Obviously, we only can achieve that when everyone is working together as a group; the mechanics preparing the car, the engineers, these two guys.

“We were just focused on what we needed to do and Fabio as a rookie, he did a faultless job. Congratulations to everyone at United and these two boys beside me, their performance is impressive.”

Starting driver Hanson made a quick getaway and even threatened to take the lead on the first lap, before settling behind the more powerful Toyotas.

“It was quite interesting to pull alongside the Toyotas and momentarily I thought I’d be able to stay in first into Eau Rouge but obviously with their power they shot by pretty quick,” Hanson said.

“It was a faultless weekend from United I think, we were P1 in every session and obviously starting on pole makes life a whole lot easier.

“Spa has always been good to us at United, so we’re very comfortable when we come here. And I think today has been another great example of how strong United is.”

United’s Swiss rookie Scherer, who spent two years lost in the doldrums of FIA Formula 3 and DTM, said winning on his LMP2 and endurance racing debut was “really unbelievable” and admitted being nervous about his first-ever live driver changes.

“When I took over the car we had already quite a massive lead, but for sure I was really nervous especially about things like driver changing and stuff like that because I never had that before,” the 21-year-old explained.

“I think I managed quite well and as soon as I got them into the rhythm, it was really good. I think I felt comfortable and never really struggled with something.

“To be part of such an amazing team and win your first WEC race after not the easiest last two years, it’s unbelievable.”