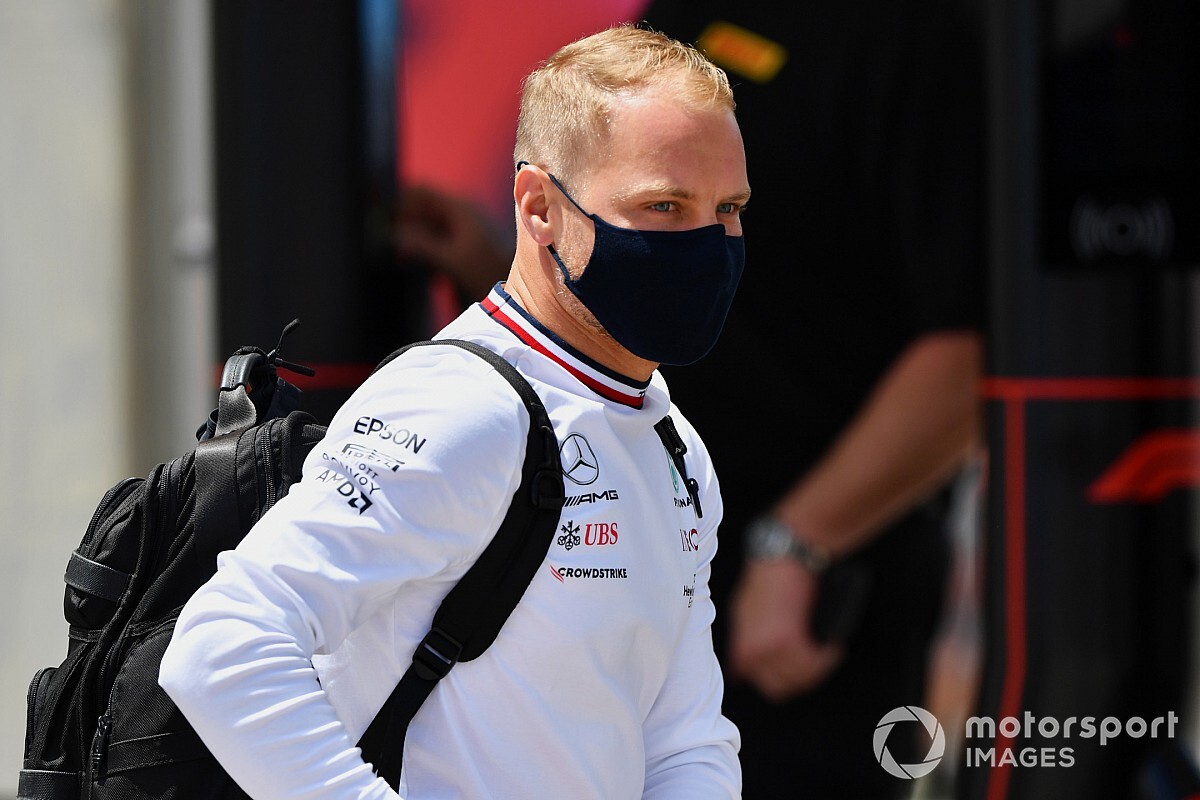 Bottas and Russell collided at high-speed on the approach to Turn 2 midway through the Emilia Romagna Grand Prix while battling for ninth place, causing a huge crash that forced the race to be red-flagged.

Both drivers were quick to blame each other for causing the shunt, only for Williams driver Russell to ultimately apologise to Bottas after some fiery initial statements in the hours following the crash.

Russell said that he planned to call Bottas to clear the air over the incident, having originally implied that the Mercedes driver may have defended differently against someone else. Russell is a member of Mercedes’ junior programme, and is widely tipped for a future seat with the team.

Bottas revealed on Thursday that he had not spoken to Russell since they met with the stewards at Imola – who took no action, deeming it to be a racing incident – and that he was happy to put it in the past.

“I heard about his post and apology, and I read it,” Bottas said when asked by Motorsport.com if he had been in contact with Russell.

“But yeah, to be honest, we haven’t spoken after the race, after the stewards. I did have a missed call on the Monday morning, but I was still sleeping.

“We haven’t spoken, but I’m sure it’s the same for George, it’s done and dusted. It’s history, and there was no decision by the stewards. George apologised, and [it’s] time to move on.”

Russell acknowledged on Thursday that his actions in the aftermath of the crash were a “very poor judgement call”, prompting him to issue the apology on social media one day later.

The Williams driver said he has spoken “extensively” with Toto Wolff since the crash after the Mercedes team boss cast a dim view on his involvement in the crash.

Bottas said on Thursday that he spoke to Wolff after the crash, but was eager to move on and focus on the upcoming races.

“We had a chat after, just to go through the situation which is normal,” Bottas said.

“But apart from that, we agreed [to] take the positives and learn from the negatives and move on. Kind of one to forget really.

“One positive for sure is it was only race two of the season, and there are 21 to go.”