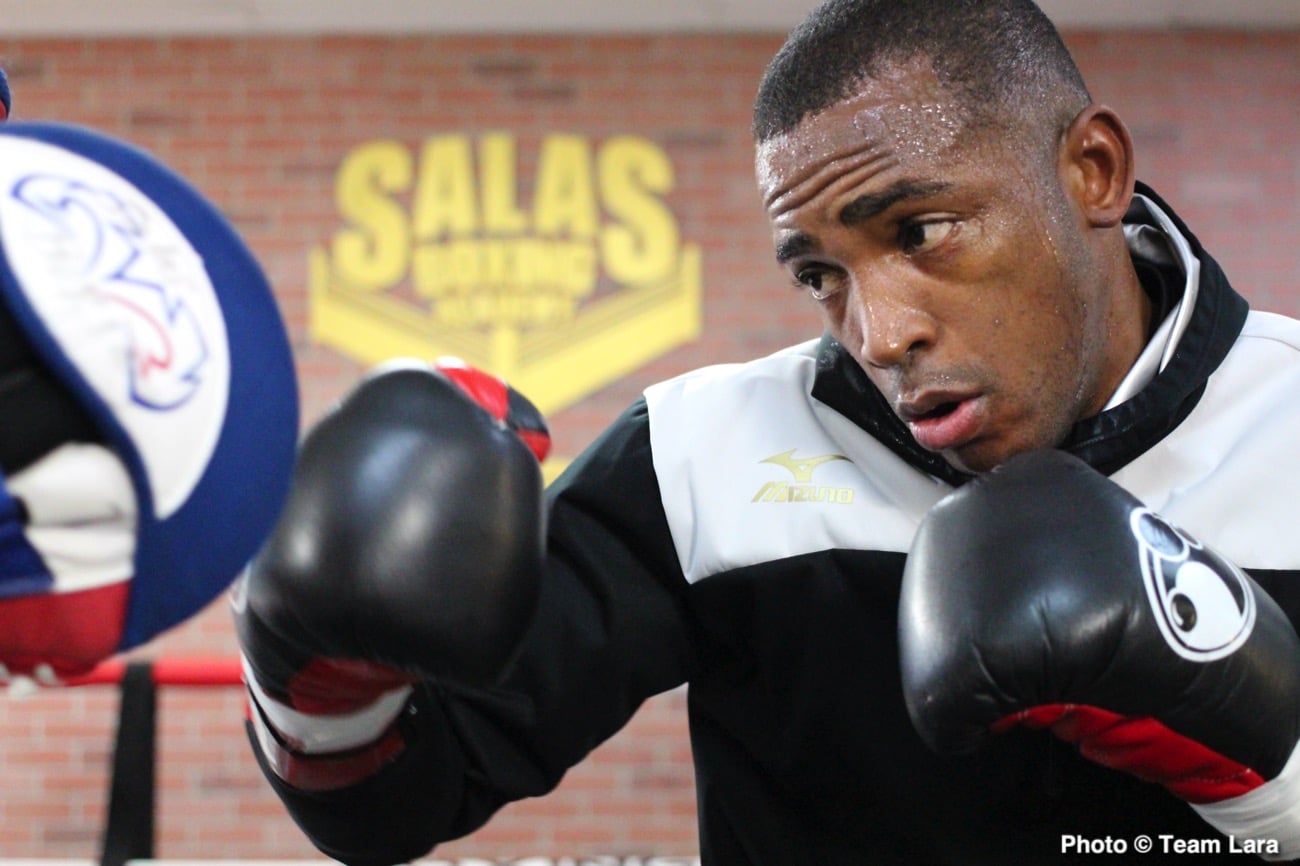 The former WBA junior middleweight champion Lara landed a hard left hand down the pipe to drop the 28-year-old New Jersey native LaManna flat on his back on the canvas.

LaManna was badly hurt from the shot, and the fight was promptly was stopped on the spot by the referee Thomas Taylor. The time o the stoppage was at 1:20 of the first round.

The talented former Cuban amateur star Lara couldn’t miss with his left hand from the opening moments of the first round. Lara repeatedly nailed LaManna with left hands, which he had no defense for.

What made it easier for Lara to land the punches was the way that LaManna was walking straight forward without using head movement or taking angles for his attacks.

With tonight’s victory, the 38-year-old Lara is now a two-division world champion, and he’s now officially in a position to get big paydays against 160-lb champions Gennady Golovkin, Demetrius Andrade, and Jermall Charlo.

Lara would also like a rematch with Canelo Alvarez, who beat him by a controversial 12 round split decision in 2014 in a fight that many people felt he should have won.

It’s unlikely that Canelo, Golovkin, or Charlo will want to have anything to do with a tricky fighter like Lara. The one fighter that would probably say yes to a fight with Lara is WBO middleweight champion, Demetrius Andrade.

That would be a hard fight for Lara to take, and it’s unclear if it’s one that can be made.

As far as tonight’s Lara-LaManna fight goes, the real question is, ‘What did LaManna do to deserve to be fighting for the vacant WBA ‘regular’ 160-lb title against Lara?

You can understand why the World Boxing Association let Lara come up to 160 and challenge for their vacant WBA secondary 160-lb title. Lara is the WBA ‘regular’ 154-lb champion with their organization.

With LaManna, he’s done zero to earn a title shot. For example, in 2020, LaManna was beaten twice by Brian Mendoza and Jorge Cota. The loss to Cota was a fifth-round knockout for LaManna.

Those wins shouldn’t have been good enough for LaManna to be given a shot at the vacant WBA ‘regular’ 160-lb title against an experienced fighter like Lara.