Boxing News 24 gave Chisora a nod, who fought well enough to win seven rounds, including the first round in which he dropped Parker.

The judges that scored the fight for Parker likely gave it to him due to Chisora fading badly in the second half of the fight. He was completely gassed from round 7 through 11 until getting his second wind in the 12th.

Chisora was understandably furious after the fight, complaining about how he’s not well-liked and saying that he’s not going to be retiring.

Parker said in the post-fight interview that he’d give Chisora a rematch if he wants one, as he personally felt that the fight could have gone either way. 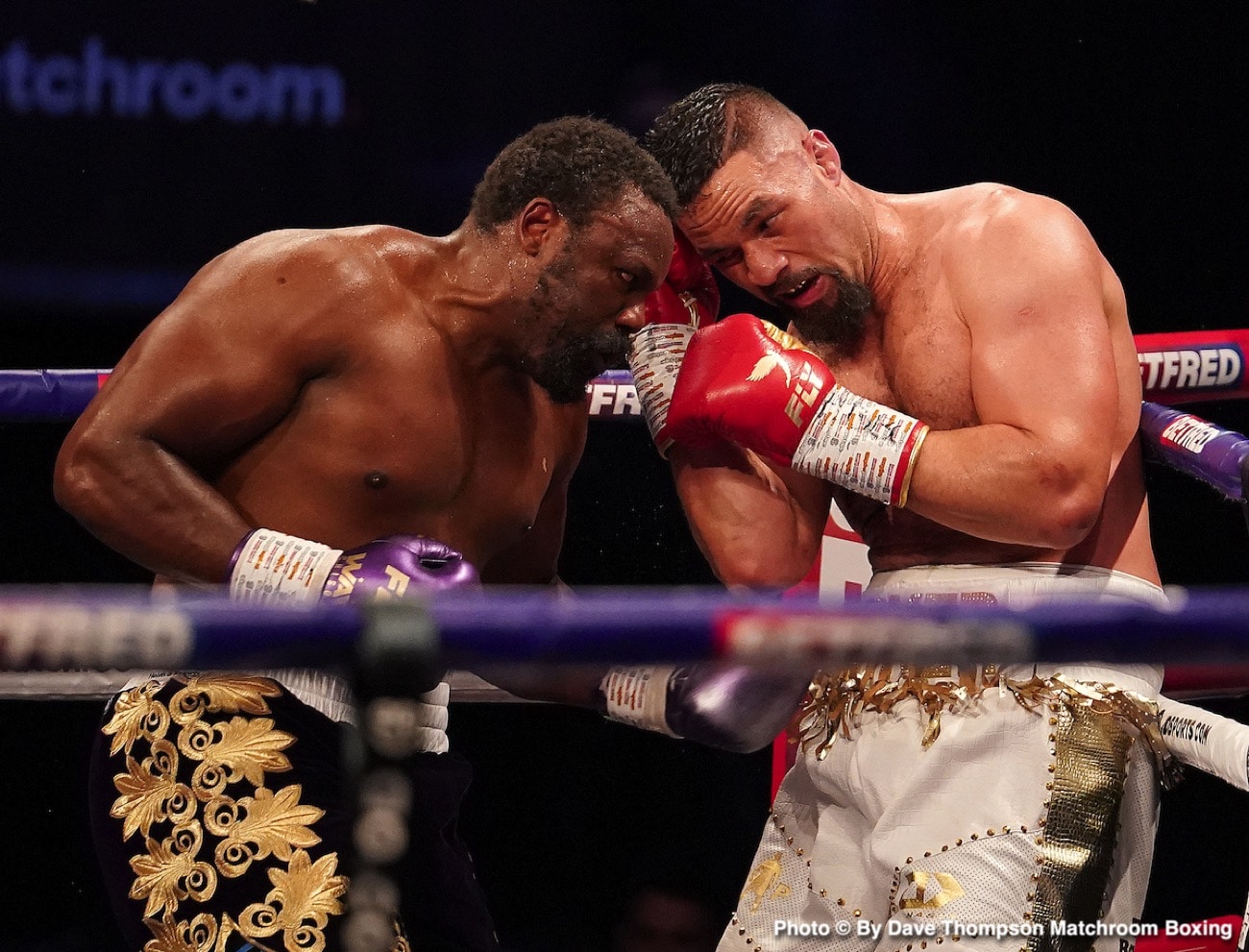 Parker admitted that it was a fight that was too close to pick a winner, and that’s why he’s willing to fight Chisora a second time. We’ll see if Parker does give Chisora a rematch because he may be given a better offer for his next fight, which could make it difficult to refuse.

The fight started badly for Parker, as he was shockingly dropped in the first 10 seconds of the match with a looping right hand from Chisora.

Derek was throwing a lot of wide shots that hit Parker in the back of the head in the first three rounds. The referee gave Chisora a stern warning about his rabbit punches in the second round, and he did a good job cleaning up his act after that.

The first six rounds were all Chisora, as he dominated a timid-looking Parker, who did little more than clinch, move and cover up to keep from getting hit.

What’s unclear is what the judge was thinking that scored the fight 116-11 or Parker, as that guy saw Chisora winning only three rounds.

After the first six rounds, Chisora looked totally exhausted and fought on fumes from the seventh to the twelfth. Parker definitely took over the fight, but he still wasn’t totally dominating the rounds.

He was mostly landing a few shots and then holding Chisora to keep him from returning fire.

The referee Steve Gray arguably should have given Parker a warning for all the holding he was doing because it was out of control. Parker was gaming the system with his holding in the second half of the fight, and the referee didn’t do anything about it. 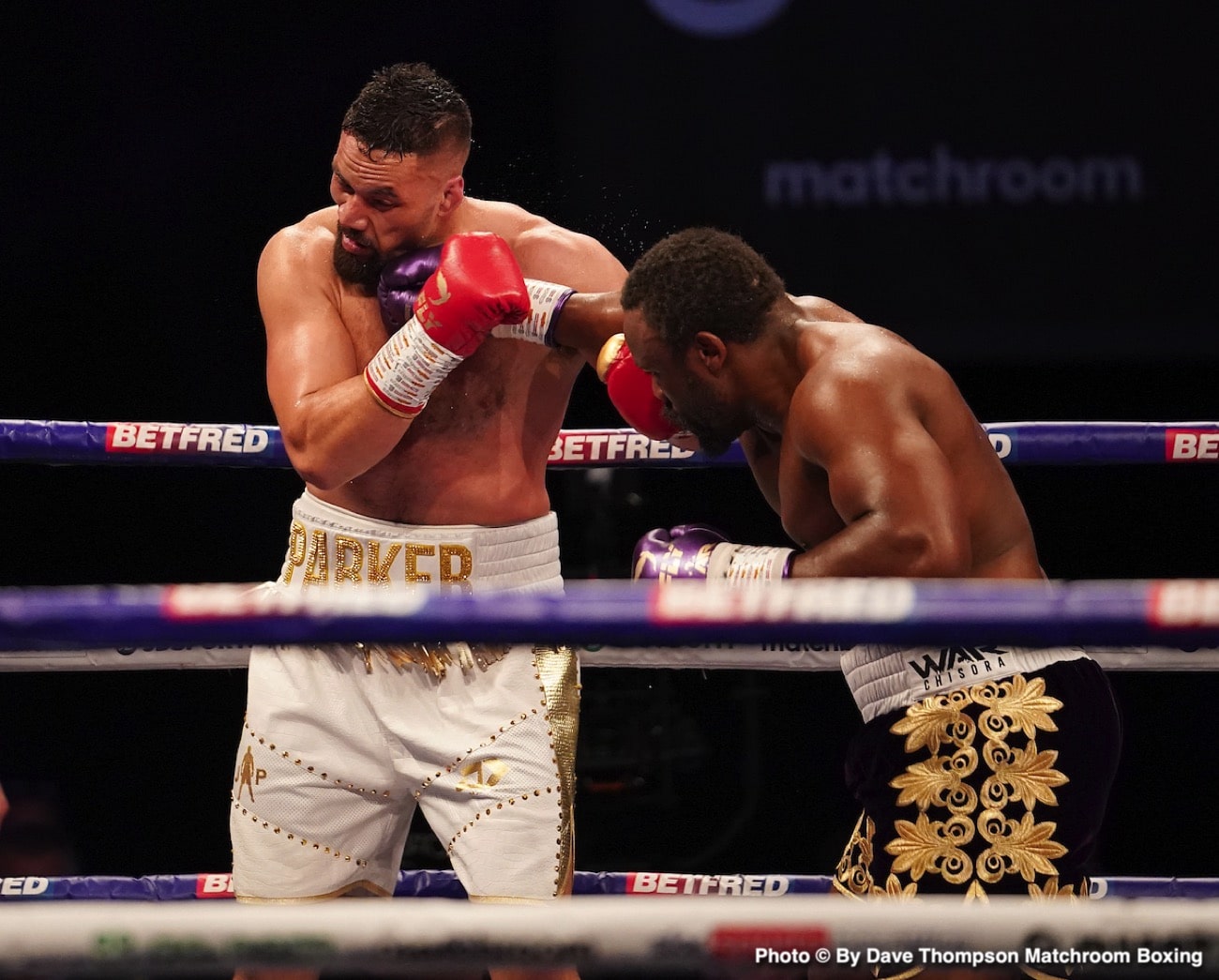 “I was bringing it. I don’t know what they were seeing,” said Chisora after the fight. “I did more power punches, more inside-work.

“I won’t let them slow me down. No way. I will go again because I will not let them win. I am distraught, but they won’t win.

“They want me to retire, but I won’t yet,” said Chisora.