PHOTOS AND QUOTES: CANELO VISITS AT&T STADIUM
Pound-for-pound king meets the media at the home of the Dallas Cowboys
Canelo Alvarez met the media at the AT&T Stadium in Arlington, TX today, the stadium he’ll face Billy Joe Saunders in a blockbuster unification fight on Saturday night (May 8), live worldwide on DAZN and distributed by TV Azteca in Mexico and Latin America.

Alvarez (55-1-2 37 KOs) and Saunders (33-0 14 KOs) lock horns at the home of the Dallas Cowboys for the WBC, WBA Super, and WBO titles on Cinco De Mayo weekend, and the Mexican told reporters he is laser-focused on the task ahead against the unbeaten Brit.

“He thinks he’ll give me a boxing lesson?” said Alvarez. “We’ll see. I am not the same guy I was five or six years ago. I have experience; I am a more mature fighter. So he can say whatever he wants, on Saturday night, he is in a different level of fight. I hope that I don’t need the judges on the night. 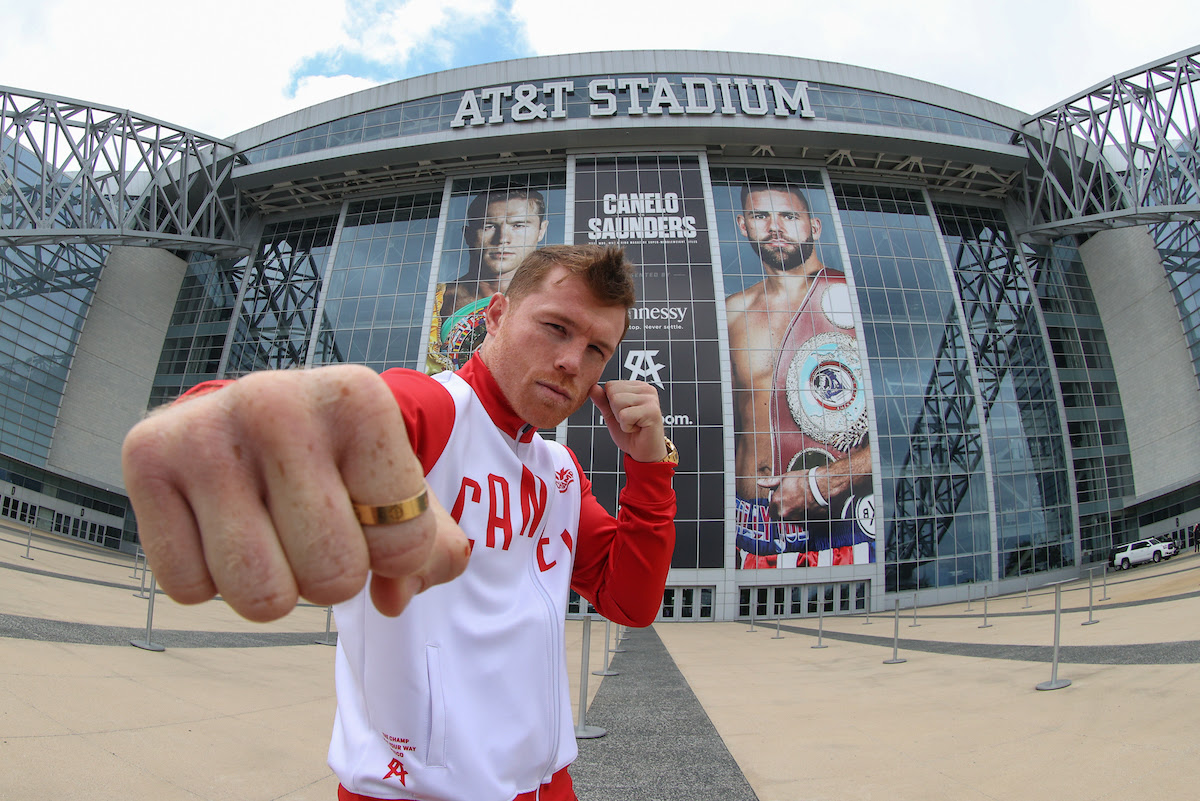 “We have always been open about what our short and long-term plans have been. I want to unify the 168lb division, and Caleb Plant would be next in line to secure that short-term goal if successful against Billy Joe Saunders.

“The goal is to be undisputed at 168lbs, and then we’ll see. I think I could stay at Super-Middleweight until the end of my career. I think I have about seven years left until I retire, but I’m listening to my body, and when it tells me to quit, I’ll quit.

“Nothing frustrates me; I am just focused on winning on Saturday. He has to fight me on Saturday, that has to happen, it’s not a problem.

“We have faced everyone, lefties, righties, champions, former champions, so to us, this is nothing new,” added trainer Eddy Reynoso.

Alvarez and Saunders clash on a huge night of action in Texas with a stacked undercard supporting the mammoth main event, with Elwin Soto (18-1 12 KOs) defending his WBO World Light-Flyweight title against Katsunari Takayama (32-8 12 KOs). 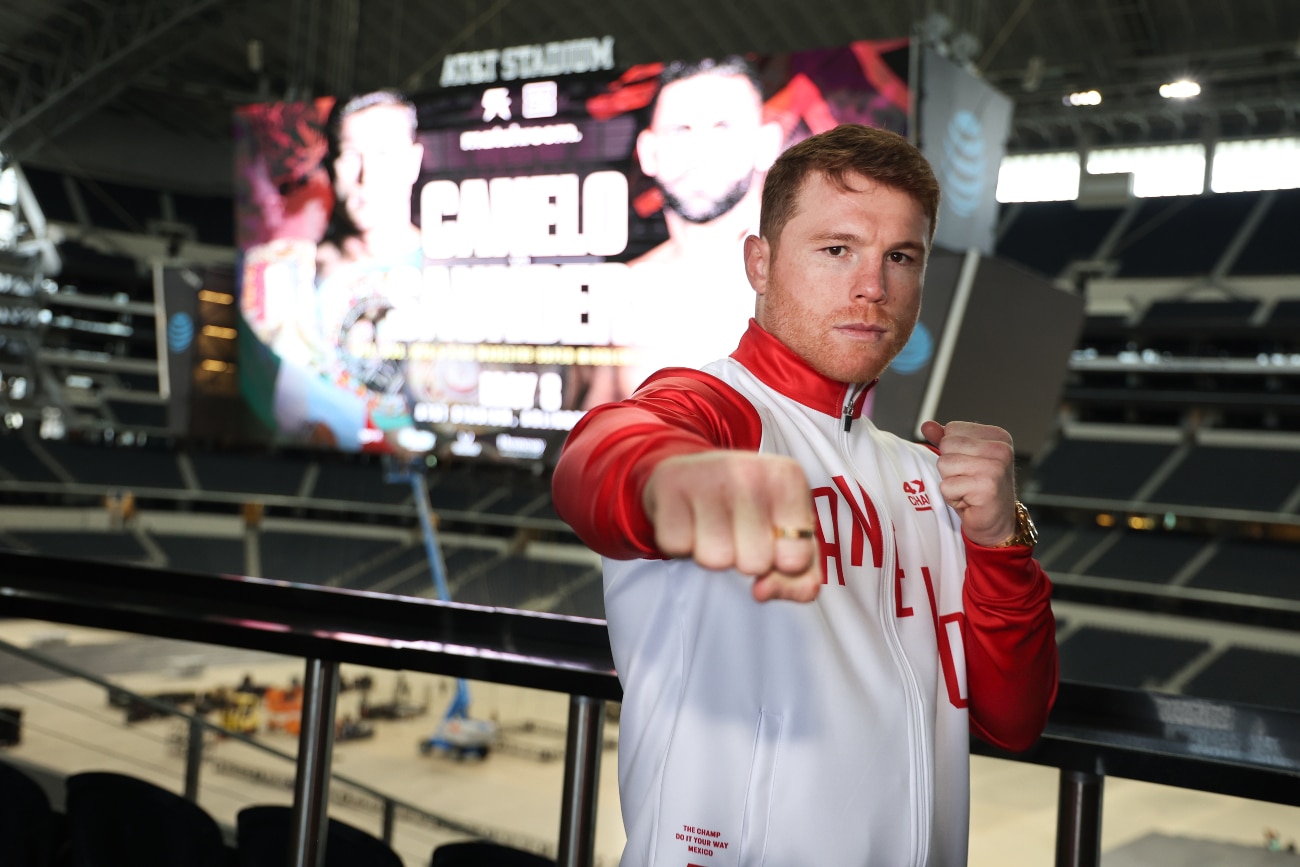