By Scott Gilfoid: Billy Joe Saunders‘ dad says the Canelo Alvarez fight is now “off” due to a disagreement over the size of the ring for Saturday after the Mexican star refused to allow them to have a 22-foot ring. As such, the fight is off.

Considering that the maximum size for a ring is 20-foot, it’s unknown why Saunders is trying to get a 22-foot ring. Obviously, Saunders wants to use the ring to evade Canelo for 12 rounds, but it’s looking bleak for Billy Joe because he’s NOT getting his way.

There’s nothing in the contract about the size of the ring, unfortunately, and Tom says he was told by Canelo’s side that they either agree to the 20-foot ring size or they book their flights home.

It looks like Saunders is going to be stubborn about it, which means he’s going to go home to the UK without the fight he’s been dreaming of for the last 10 years.

To show that Saunders is serious about the fight is off, he failed to show up for today’s first fight-week ace-off with Canelo, leaving the Mexican star to stand all by himself.

If the B-side fighter Saunders doesn’t back down from his demand for a 22-foot ring, Matchroom will likely find a speedy substitute to face Canelo on Saturday to salvage the important card at the AT&T Stadium in Arlington, Texas.

Gilfoid saw this whole thing coming weeks ago. With the way that Saunders was complaining left and right about the judges, the 70,000 fans, and how he was up against it, it was purely academic that he was going to pull out for a crazy reason. It’s surprising it took this long.

Saunders pulls out of Canelo fight

“I can’t see them coming face to face because the issue with the ring size hasn’t been sorted,” said Tom Saunders to iFL TV about Billy Joe pulling out because he can’t have a 22-foot sized ring rather than the normal maximum-sized 20-foot ring. 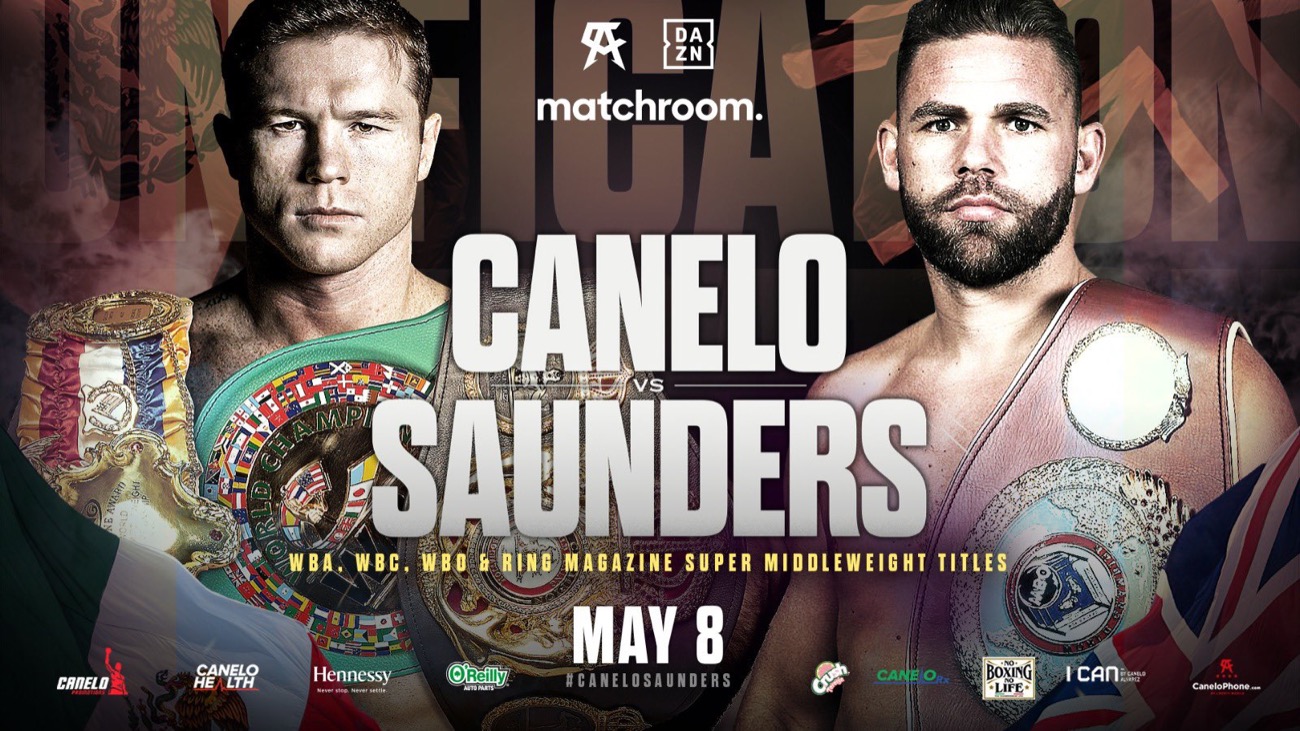 “The negotiations have broken down big time. Basically, Canelo has put an 18-foot ring, which I think is an amateur ring, that’s the fight ring. He said a ’20-foot ring, that’s it.’

“That was his game plan to fight in a 20-foot ring. We wanted a 24-foot ring, and we’ve come down to a 22-foot ring. Basically, they’re trying to take Billy Joe’s legs away.

“We’re up against everything here. I’m not going to let my son box in a 20-foot ring against what’s supposed to be the pound-for-pound king of boxing,” said Billy Joe’s dad, Tom.

It would be a good idea for Saunders to back down and agree to the 20-foot ring if he wants to fight him because this is going to be really bad if he pulls out of the fight.

Knowing Canelo, who is a proud warrior, he won’t give Saunder a second chance by rescheduling the fight if he pulls out.

Canelo vs. Saunders is off!

“We spoke to them this morning, and they said, ‘It’s either 20-foot or book your flights home.’ We apologize to all the fans. I can’t let my son box Canelo in a 20-foot ring on Cinco de Mayo weekend,” Tom Saunders said.

“We’ve given into a lot of stuff here, but this, we just cannot give into. They’re trying to take his [Billy Joe] legs away, the fight will not be fair.

“The fights off. The negotiations have broken down completely. It’s basically, ‘Book your flights, pay for your flights and f-off.’

“Now, I wouldn’t be surprised if they’ve got some late substitute, someone they’re going to dig out from somewhere, but it’s all a big con, people.

“We cannot give Billy Joe’s legs away. That’s what’s going to win this fight, movement. But unfortunately, it looks like the public is not going to see this fight,” said Tom Saunders.

Canelo should have made sure the ring size was spelled out in the contract because he knew was facing a runner. If you leave an important like that out of the contract, you’re asking for trouble.