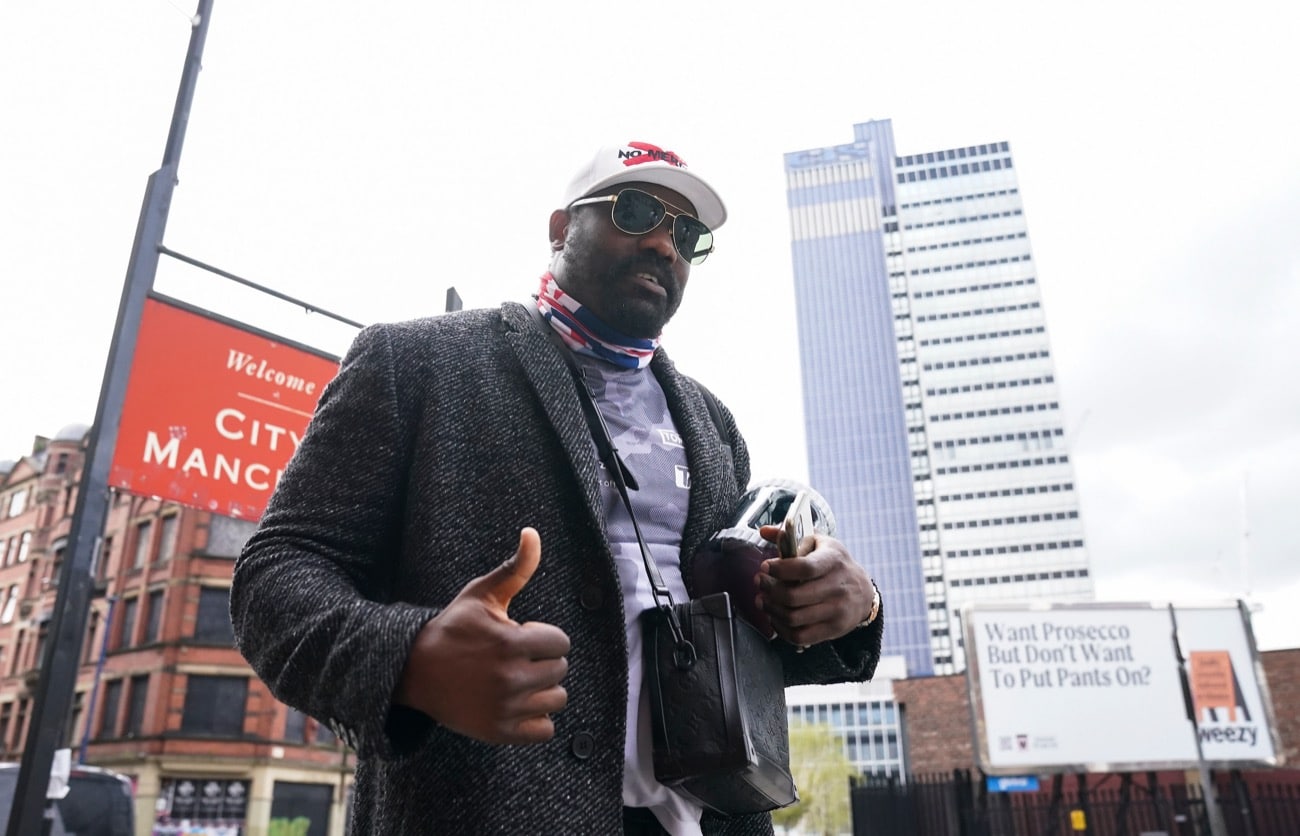 Heavyweights clash in Manchester this Saturday – Derek Chisora believes he puts “the fear in god” in Joseph Parker and says he expects the former WBO Heavyweight World Champion to run when they clash over 12 rounds at the AO Arena, Manchester this Saturday May 1, live on Sky Sports Box Office in the UK and on DAZN in all markets excluding the UK, Ireland, China, New Zealand and Samoa.

Former World Title challenger Chisora (32-10, 23 KOs) was last seen pushing Ukraine’s pound-for-pound star Oleksandr Usyk all of the way in their 12-round battle for the WBO Intercontinental Heavyweight Title at The SSE Arena, Wembley last October, and the fan favourite is chomping at the bit for his next challenge.

A meeting between the pair scheduled for October 2019 fell through at three-and-a-half weeks’ notice when Parker’s team revealed he was suffering from the aftereffects of a spider bite. Chisora, who was unconvinced with Team Parker’s reasons for pulling out in 2019, has labelled Parker a ‘chicken’ during the fight build-up and says he has unfinished business with the Heavyweight contender.

“I think he pulled out because he had problems for himself in America, and in New Zealand and Australia, so that’s why he pulled out,” said Chisora. “I don’t blame him. Things happen, people pull out of fights. But you have to have a good excuse. Him saying he had a spider bite was shambles of an excuse to be honest with you. But it happens, what can I say? I’m going to punch him up. I’m expecting Joseph to run away. That is 100%. I know for a fact he’s going to run away.

“Great for him he’s looking to become a World Champion, but it doesn’t mean nothing to me. I’m just going to pound on him when I see him. What can I do better than Joseph Parker? That’s a good question. Everything. The fight is going to be a great fight, we’re going to push on it, train hard and go crazy about it. You know the routine man – WAR. Expect what I always deliver. Beat the guy and pound on the guy. Destroy that guy. Confidence. I put the fear of god him in. I am bringing pain and war.

“Time is the most important thing, you know, and I don’t have much time in boxing, so anytime I go I’ll just take any fights I want to have because time is running out. Most people don’t want to fight me because I’m a headache. I bring it. I love fighting. I want the people at home to pay their money to watch me do what I need to do. I’m taking this fight because I want to win it.

“The way I look at it in boxing is, if you can bring numbers to the gate, bums on seats, you’re in a great position. If you don’t, you’re not. So when people say you’re in great position for fighting for Titles and stuff like that, I don’t believe so. I just look at it like, I’ve got a fight here and this is how many people are going to be watching my fight and I’m excited about that. You know, being mandatory and in eliminators, it’s a headache bro. I’m happy, I’m happy to fight. I’m happy to bring entertainment to people’s houses through television and stuff like that so I’m just excited and ready to go.”