By Ian Aldous: From humble beginnings to packing up and moving halfway across the world, and winning a world title to reluctantly losing it outside the ring, it’s been quite a journey so far for DeeJay Kriel (16-2-1).

The South African has travelled a fistic path from his birth land to the bright lights of Las Vegas in search of his dreams and pugilistic goals. This is the story of the former IBF minimumweight world champion’s life in boxing, so far, because at just twenty-five years of age, he still has many chapters left to write.

A slate of only three amateur contests as a junior, all ending in defeat, were all Kriel had to show before turning pro at eighteen years of age. Fortunately, his trainer at that time believed in the young man and felt he would be more suited to the paid code.

“I was in a professional gym in South Africa, so I just kept on training with the pros, and actually some world champions,” Kriel told me. “I just kept on learning and I wanted to turn pro as early as possible. Like, I wish I could’ve turned pro at sixteen, but you couldn’t in South Africa until you’re eighteen years old. As soon as I turned eighteen, I got my professional licence.”

With licence in hand and his first scheduled fight since 2008 on the horizon, he began his assault on the profession with a sobering defeat. Showing no signs of fear or disappointment, Kriel stepped immediately back into the ring with the man who had bettered him on debut. This time, revenge and a maiden victory were claimed.

“Six years I never fought,” he said in reference to the time elapsed between his amateur bouts and turning pro. “It was a hard fight, the guy put it on me, man (laughs)! I knew I could beat him. It was a tough fight; I got dropped in the third round and that’s what cost me. Then I fought him again and I beat him two or three months later.”

Years of success then followed as his career swiftly progressed. A subsequent run of 14 wins and a draw, that included a WBC ranking belt, illustrated his quality and justified sticking to punching for pay, after the early setbacks. That pay, which was largely underwhelming, then led to a difficult and potentially career-defining decision. 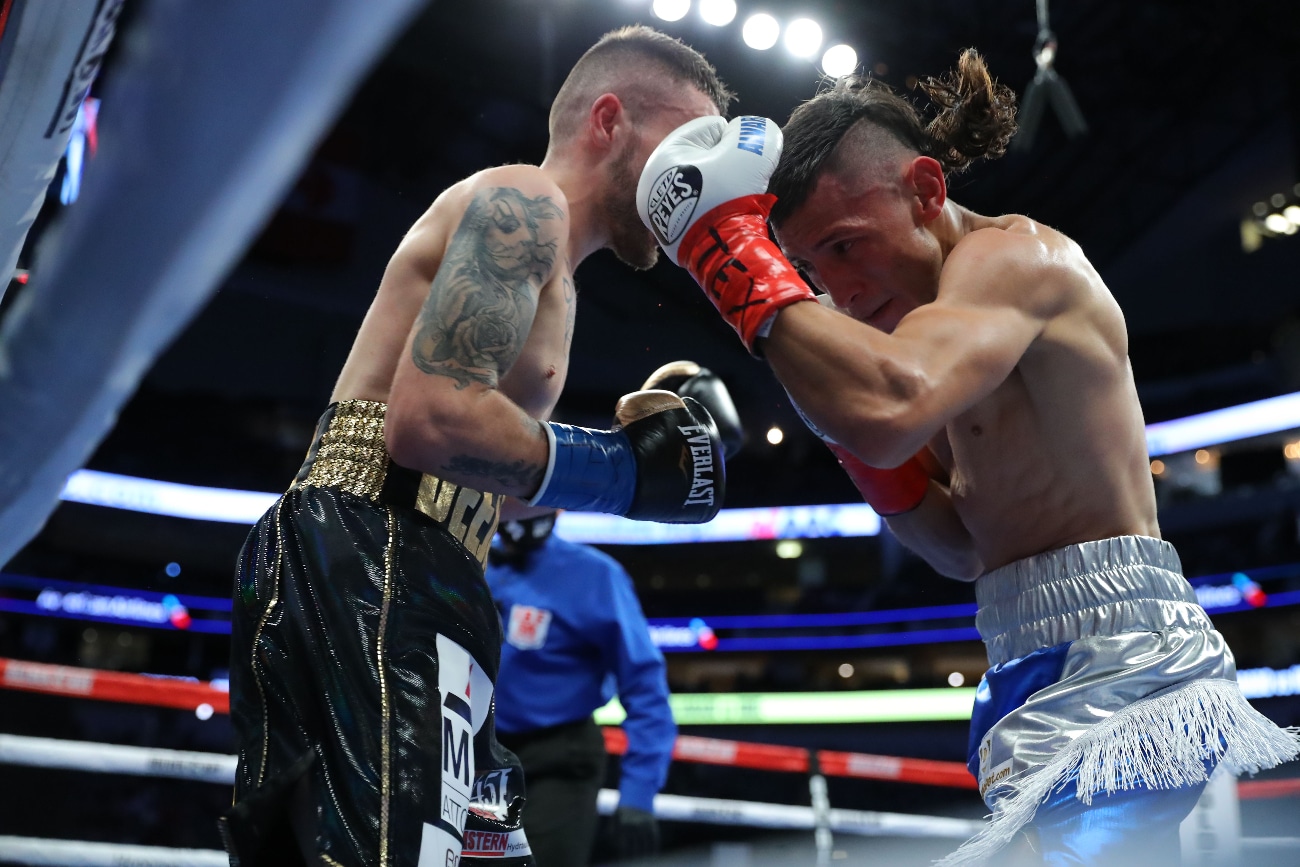 He was told it’ll never work and that he should stay put, but those dreams of the bright lights of Las Vegas never faded. A brief spell in England was spent in Devon and then Bristol, at one point training with the world class trio of Lee Selby, his brother Andrew and Lee Haskins. He finally arrived in Las Vegas in the summer of 2018.

As winter approached and without a fight in sight, ‘For Real’ grew frustrated. Then, a shot at IBF minimumweight world champion, Carlos Licona was delivered. The unbeaten American entered the fight as a favourite and appeared to be on his way to victory as the fight hurtled towards the championship rounds. Trainer Kenny Adams pleaded with Kriel to pick up the pace.

“I said to myself, ‘did I come here to lose?’. I think it was from the ninth or the tenth where I started picking it up and throwing harder shots. I started catching him and I remember a big left hook in the eleventh round.”

“I went out in the twelfth round and ended up stopping him,” he added. “It was the best day of my life.”

Two judges had the South African well down after the eleventh. The undefeated champion was floored three times and halted in the final round. It was Kriel’s real life ‘Rocky’ moment.

Having reached the summit, you’d assume riches and opportunities would be available to plunder? That failed to be the case.

“I hadn’t fought for eleven months before I fought for the world title, and I was just so down the whole time. All of a sudden, I get the shot, Sean Gibbons gives me a call and I was through the roof and over the moon. I ended up winning and thought that things are going to get good now. Then, nothing’s coming up, it’s just horrible, no defences. Then, the Sammy Salva thing came up and they told me how much I was going to get.”

A mandatory title defence against Sammy Salva was ordered by the IBF, but a paltry purse bid of $25,000 was far too low to accept. With a heavy heart, Kriel vacated his strap and looked elsewhere for glory.

“If I take this (purse), it’s just going to be like back in South Africa where I said yes to low purses and they know they can keep on doing this to this kid, you know?” 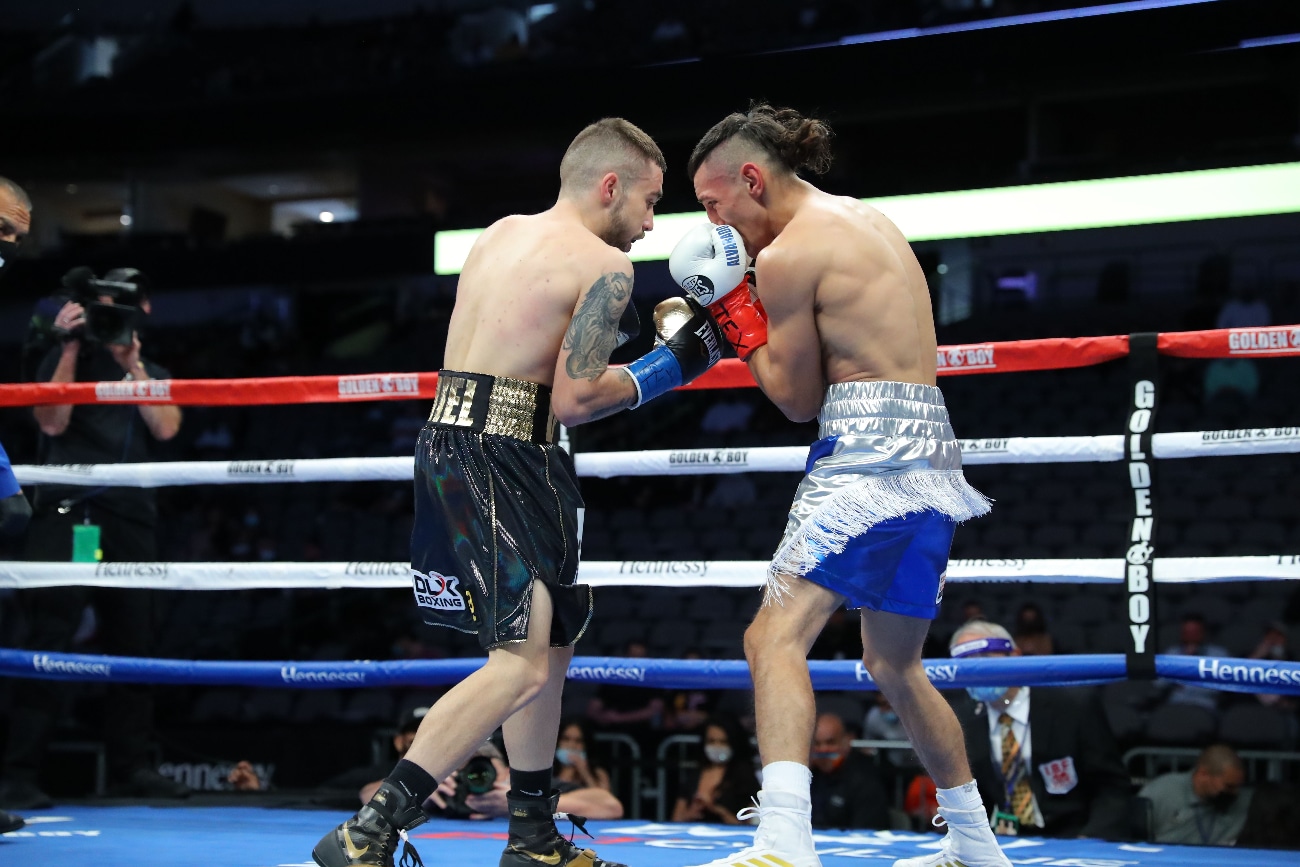 He had wanted to move up to the light-flyweight division at some point anyway, and the shocking purse had given him an extra incentive to do just that, as heartbreaking as it was to surrender his title.

That situation was all the more depressing given how he’d wanted to test himself against the very best at the time.

“When I was the IBF world champion, I wanted to defend against the WBC champion (Wanheng Menayothin), from Thailand who was 50-0. I wanted to unify against him but it was never going to happen because the promoters don’t care. It looked like Golden Boy signed him and then apparently they just let him go.”

Around that time, reportedly, Sean Gibbons had said there were ‘two dollars’ to make the fight, such are the lack of resources available in the lightest weight class.

After a tune-up KO win in Mexico, a shot at IBF 108-pound world champion, Felix Alvarado was accepted on the Garcia vs. Campbell undercard in January. Those watching on DAZN witnessed Alvarado at his swarming and overwhelming best. He fought like a possessed champion hell bent on keeping his championship.

“It was a very disappointing moment for me. I only got over it the other day,” Kriel admitted.

“I really thought I’m going to go in there and win. This guy was amazing. He just comes and he’s got power. I was fighting the best in the world, in my opinion, in the division. I heard he’s going to move up now, so I’m interested to see what happens with him. He’s got grit and nuts and guts (laughs)!”

“I’m glad I fought the best in the world; I lost. I still believe, going forward, that I can become one of the best in these smaller weight divisions.”

Suffering his first loss in seven years was hard to take but nothing to be ashamed of. Now, back in the gym and losing weight after a period of time away from the gym, DeeJay hopes to continue to compete at 108-pounds and get back to winning ways.

Another life-changing factor has recently inspired the twenty-five year old to earn as much as possible in a career that has such a short-life span.

“I’ve got a family to feed. I’m about to have a child,” he joyfully revealed. “My wife’s pregnant and I’m expecting a baby by the end of the year.”

“I want to become a multi-division world champion. That’s my goal; my dream.”

“Boxing’s my life. I love this sport with all my heart. I always tell people I love boxing more than I love my own mother (laughs)! It’s done wonders for me in my life.”

His eventful story still has many chapters left to be written.