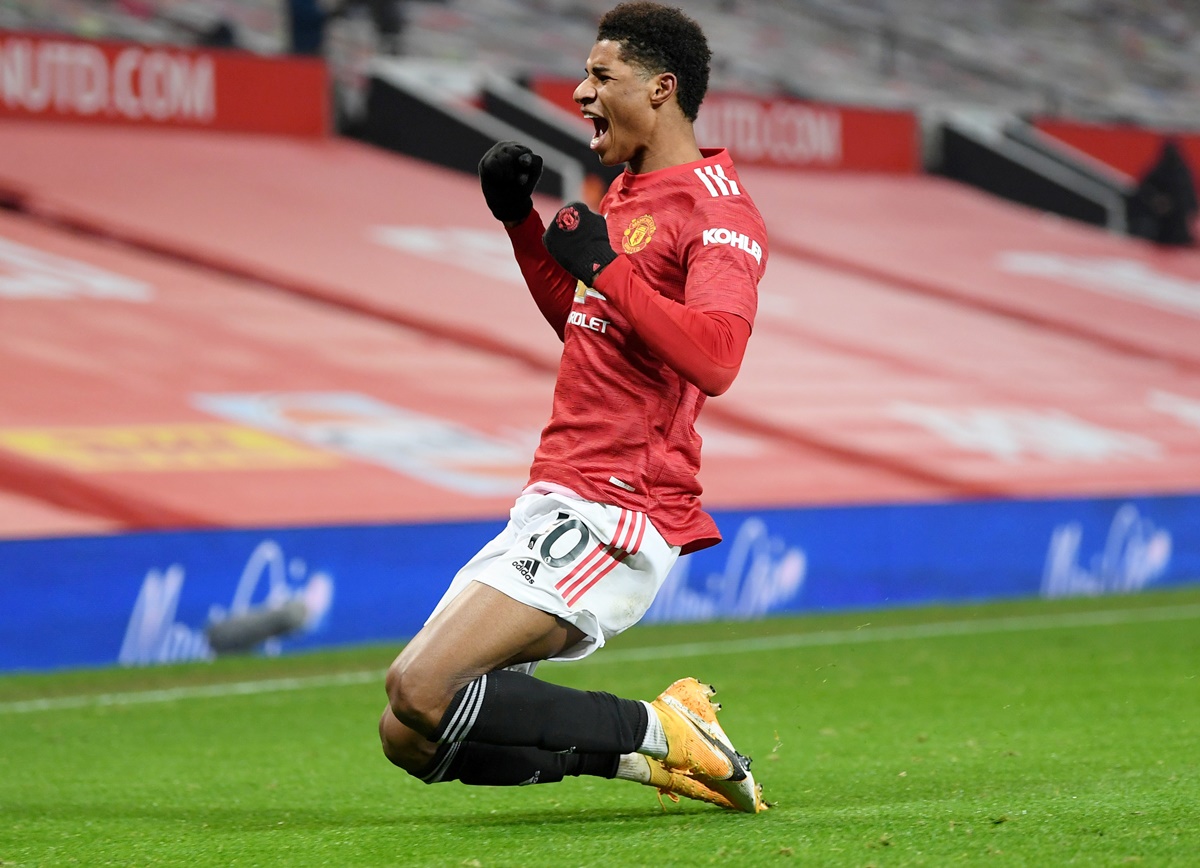 United climbed two places up to second in the Premier League after Marcus Rashford scored deep into stoppage time to give them a fortuitous 1-0 home win over Wolverhampton Wanderers on Tuesday.

The result left United on 30 points from 15 games, two behind champions and leaders Liverpool who visit Newcastle United on Wednesday, while Wolves stayed 12th on 21 points.

Rashford gave United the win when it seemed the game was heading for a goalless stalemate, with his left-footed shot taking a deflection off Romain Saiss and beating goalkeeper Rui Patricio at the near post.

“Today was tough but we expected a tough game and managed to get over the line,” Rashford told the BBC. “It’s the deciding goal. Probably not the most beautiful but we will take what we can get and move on.

“We can’t look too far ahead. We are a team that is still doing a lot of work on ourselves. We have to take it one game at a time but if we can keep finding ways to win like this we will see where we are at the end of the season.”

The visitors missed several chances in the first half as they stifled United with crisp one-touch passing but the best opportunity fell to the home side when Patricio kept out a Fernandes sitter in the 34th minute.

At the other end, United keeper David De Gea parried shots by Ruben Neves and Pedro Neto while Saiss headed a Joao Moutinho free kick onto the top of the crossbar.

Patricio also clawed out a vicious long-range effort by Paul Pogba in the 75th minute and Wolves seemed to have done enough to earn a point after soaking up United pressure in the closing stages.

But they were undone from a seemingly innocuous move as Rashford picked up a long Fernandes pass on the right, cut inside and with little support in the penalty area, he hit a hopeful shot which wrong-footed Patricio.

Wolves manager Nuno Espirito Santo rued his team’s lapse of concentration in the dying minutes but added they needed to put the disappointment behind them quickly amid a busy festive schedule.

“This is football and a learning process,” the Portuguese told Amazon Prime. “It’s cruel in the moment but you can’t stay feeling sorry. You have to move forward. We created chances. Sometimes we should finish more.” 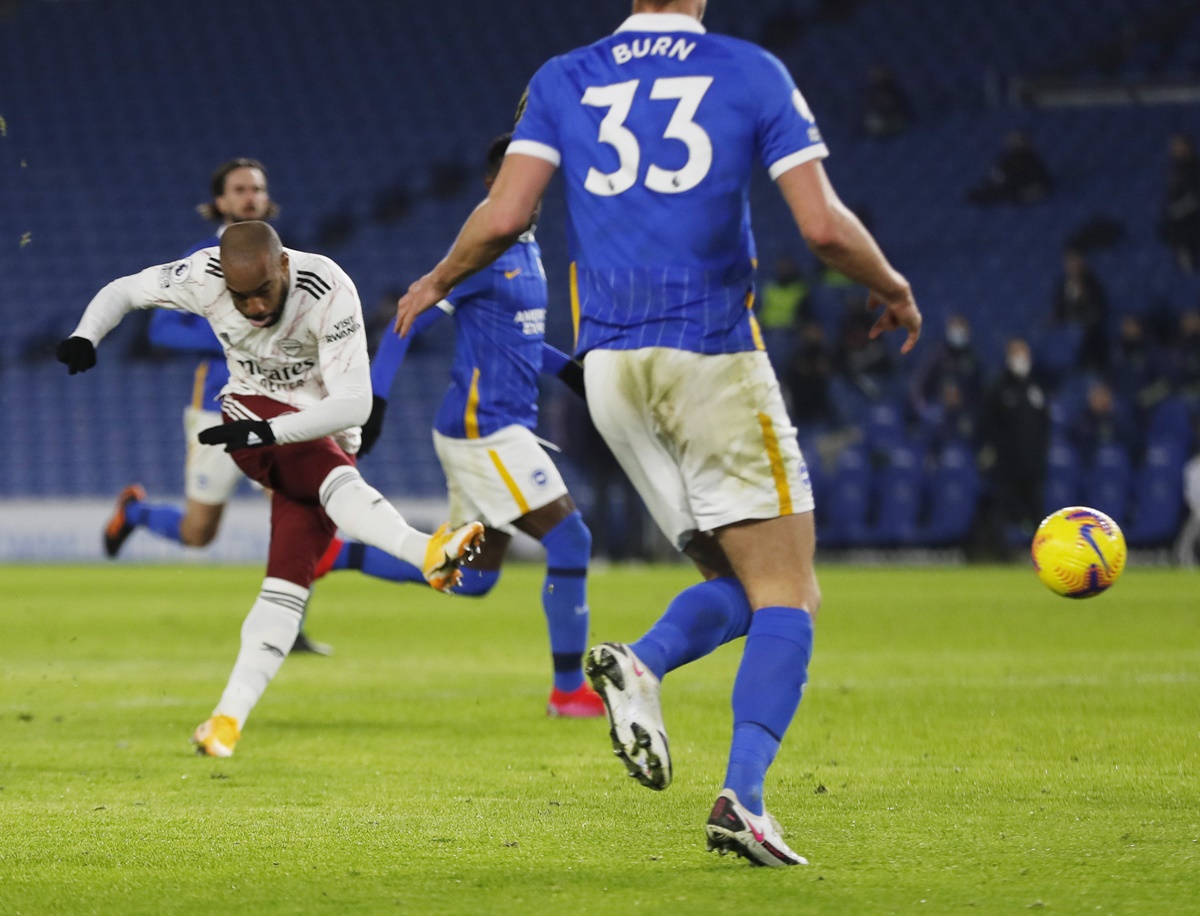 Arsenal striker Alexandre Lacazette scored 43 seconds after coming on as a second-half substitute to secure a 1-0 win at Brighton & Hove Albion in the Premier League on Tuesday.

Brighton, who have yet to win at home this season, held their own in the first half with the best chance falling to forward Alexis Mac Allister as he cut inside before curling a shot just over the crossbar in the 36th minute.

The second half opened with a penalty appeal for Brighton whose defender Lewis Dunk tripped over Mohamed Elneny as he tried to reach a corner, but the video assistant referee deemed the contact to be accidental.

Arsenal enjoyed plenty of possession but struggled to create chances, with Pierre-Emerick Aubameyang going closest five minutes after the break as Brighton keeper Robert Sanchez managed to deflect the ball behind for a corner.

Lacazette replaced Gabriel Martinelli in the 66th minute and wasted no time putting his side ahead, taking a touch to control Bukayo Saka’s pass in the penalty area before curling the ball into the bottom corner.

Brighton never looked like equalising and the defeat leaves them in 17th place on 13 points from 16 games, two points above the relegation zone.

After a rocky run of seven games without a win came to an end against Chelsea on Boxing Day, Arsenal’s first back-to-back victories since the opening two games of the season in September moves them up to 13th on 20 points.

“I’m proud for the boys and happy for the result. Lacazette is in a good moment, he’s full of confidence,” said Arsenal manager Mikel Arteta.

“We know we’ve been struggling with results, (and) the fact we won against Chelsea was a big boost. To come here and get another win was massively important,” he added. 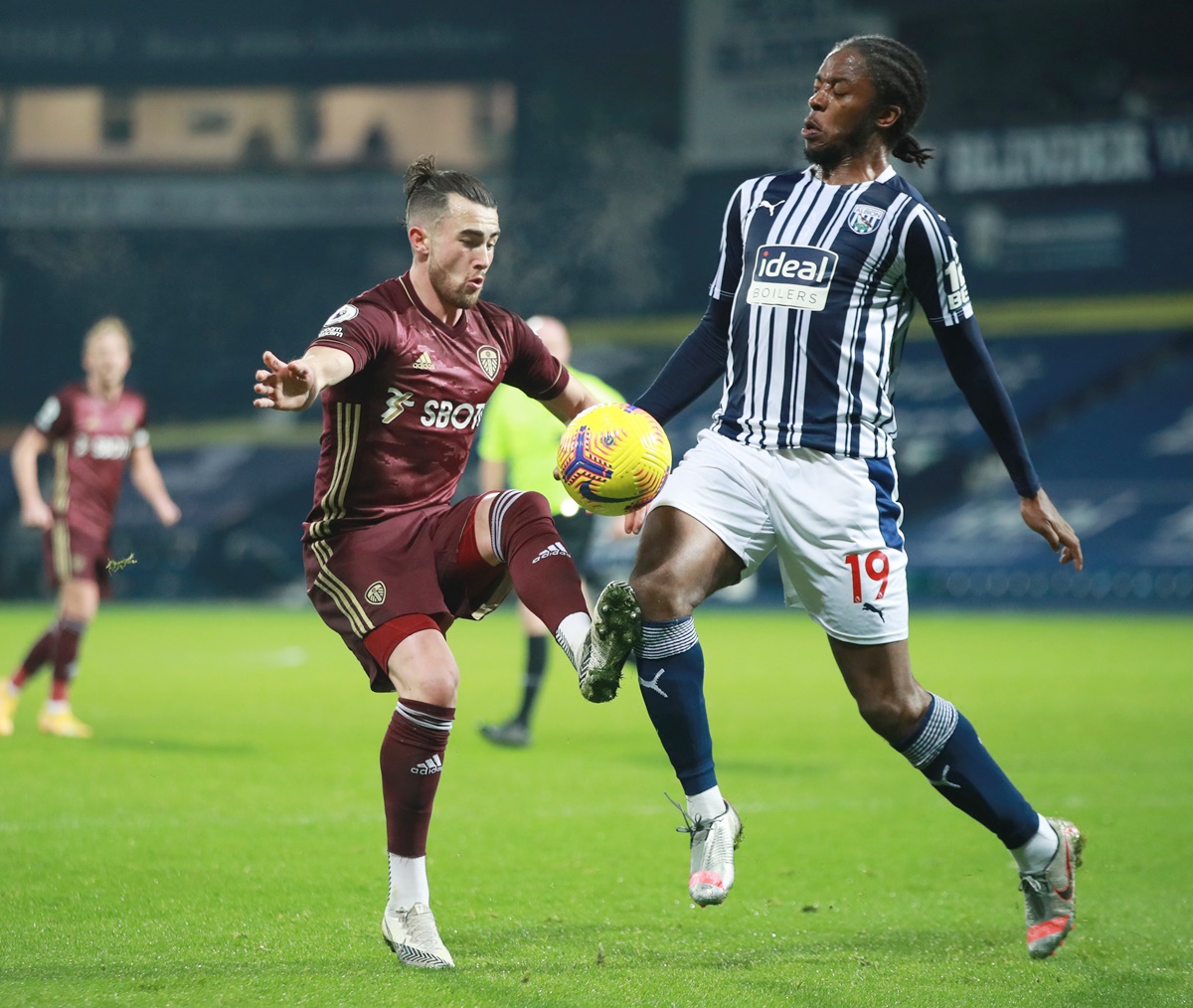 A farcical early own goal from Romaine Sawyers summed up a miserable day for West Bromwich Albion as the Premier League strugglers were thumped 5-0 by Leeds United on Tuesday.

Further first half goals from Ezgjan Alioski, Jack Harrison and Rodrigo, and a brilliant strike in the second from Raphinha, gave Leeds their biggest top-flight victory since a 6-1 win at Charlton Athletic in April 2003 and confirmed the enormous task facing West Brom manager Sam Allardyce to keep his side up.

Leeds move up to 11th in the table with 23 points, while West Brom remain second-bottom on eight points from 16 games, five shy of safety.

The home side fell behind in the ninth minute as Sawyers put the ball into his own net. He was pressured 25 yards from his goal, swivelled and played a back-pass to where he expected goalkeeper Sam Johnstone to be.

But the gloveman had taken up a position to the left of his goal to give Sawyers an option for the pass, and the ball nestled into an empty net, a calamity from which the home side never recovered.

The match was billed as the defensive structure of Allardyce against the swagger and verve of Leeds under their manager Marcelo Bielsa, but it was proved no contest.

Winless Sheffield United’s dreadful Premier League season continued as the Blades fell to a 1-0 defeat to Burnley at Turf Moor on Tuesday.

Burnley captain Ben Mee rose to head home a Robbie Brady corner in the 32nd minute as Sean Dyche’s side secured a victory which moved them up to 16th place on 16 points, five points above the relegation zone.

Bottom placed United have just two points from their opening 16 games — the worst ever start to a top flight season in English football.

The nearest Chris Wilder’s side, who had five individuals testing positive for COVID-19, came to an equaliser was a David McGoldrick shot in the 50th minute which was saved by Nick Pope at his near post.

United forward Rhian Brewster had a header cleared off the line by Josh Brownhill before Mee’s goal, while the visiting goalkeeper Aaron Ramsdale had kept out an early effort from Ashley Barnes and a Chris Wood header.

The Yorkshire side enjoyed the majority of possession but struggled to break down a resilient Burnley defence, superbly marshalled by Mee.

The Clarets are now unbeaten in their last four home games and have battled the way out of the bottom three ahead of an impending takeover of the club by American company ALK Capital, which sources have indicated should be completed before their next game on Sunday.

Dyche, who said he had not been given information about the expected change in club ownership, praised his side’s effort.

For Wilder, whose side finished ninth last season after winning promotion to the top flight, the goal of keeping the club in the Premier League looks increasingly remote.

Southampton failed to score for the third Premier League game in succession as they slogged out a 0-0 home draw with West Ham United on Tuesday, missing a chance to climb into the top four.

The stalemate was perhaps predictable with both sides now having drawn three of their last four games and struggling somewhat to maintain their earlier-season momentum.

Southampton dominated possession, especially in the first half, and had an early Danny Ings effort ruled out for offside. But they struggled to find cracks in a well-drilled defence.

If anything West Ham will feel as though they should have returned to the capital with a win having had the best chances in the second half with Said Benrahma close to a late winner.

Saints, who were without manager Ralph Hasenhuettl on the touchline after he went into self-isolation following a positive COVID-19 test in his household, stayed in ninth spot with 26 points, a place and three points above West Ham after 16 games.

West Ham manager David Moyes, who returned to the job a year ago with the club in a relegation scrap, described it as a “good point” after his side’s first clean sheet in seven games.

Southampton began in full flow and Ings finished superbly after getting on to a pass from Che Adams but the latter was correctly flagged marginally offside.

Ings also went close with a close-range flick and usually-lethal free kick specialist James Ward-Prowse curled the ball over the bar from an inviting position.

Theo Walcott forced a fine save from West Ham keeper Lukasz Fabianski but it was the visitors who looked the more likely to score in the second half as Moyes made attacking substitutions with Benrahma, Jarrod Bowen and Michail Antonio all coming on.

First Tomas Soucek wasted a gilt-edged chance when a Declan Rice free kick picked him out at the far post but his header lacked timing and Alex McCarthy made an easy stop.

Benrahma then looked poised to win it for the Hammers when he turned well in the area but his close-range shot was brilliantly saved by McCarthy.

While it was a frustrating evening for Southampton, who drew 0-0 with Fulham on Saturday, they at least avoided what would have been a sixth successive league defeat by West Ham.