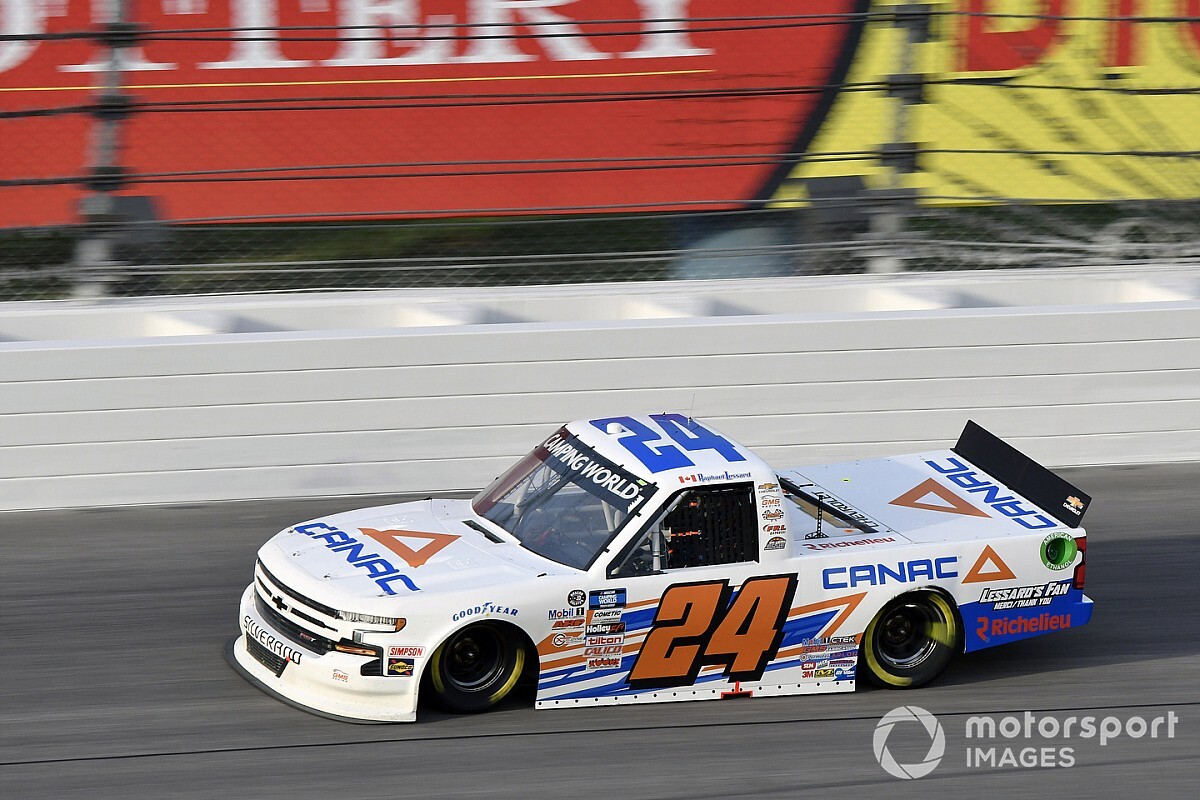 Lessard, 19, was scheduled to run the entire 2021 season for GMS in its No. 24 Chevrolet but the team said last weekend’s race at Kansas Speedway will be his last.

A team release cited “unfortunate circumstances” for Lessard’s departure but the driver released a statement later saying lack of funding has forced him to focus on the 2022 season.

“The unfavorable conditions resulting from the COVID-19 pandemic on the North American economy did not allow Raphael Lessard Racing to implement their strategy in the search for funding in 2020,” the statement said.

“They are now turning their attention to preparing for the 2022 season, based on the driver’s major accomplishments since his start in NASCAR, on the groundwork already established this year, and on the anticipated economic recovery on both sides of the border.”

Through seven races, Lessard had one top-five and two top-10 finishes and was ranked 13th in the series standings. He earned his first series victory last year, winning at Talladega (Ala.) Supserspeedway with Kyle Busch Motorsports.

“My management team and I have always believed in our ultimate success and we still do. Over the last years, we have focused all our energies on completing full seasons in the upper echelons of NASCAR, and we have achieved that goal recently,” Lessard said.

“However, we are currently in a situation where we cannot continue this season, and it’s hard to accept that fact. All I have ever wanted is to be behind a steering wheel and win. We are not putting an end to all things racing.

“My dream is still to race in the Daytona 500 and see my parents sitting in the stands. We are open to opportunities and most importantly, we are working with GMS Racing to come back stronger in 2022. That is our goal.

GMS said information regarding its plans for the No. 24 team “will be announced at a later date.”