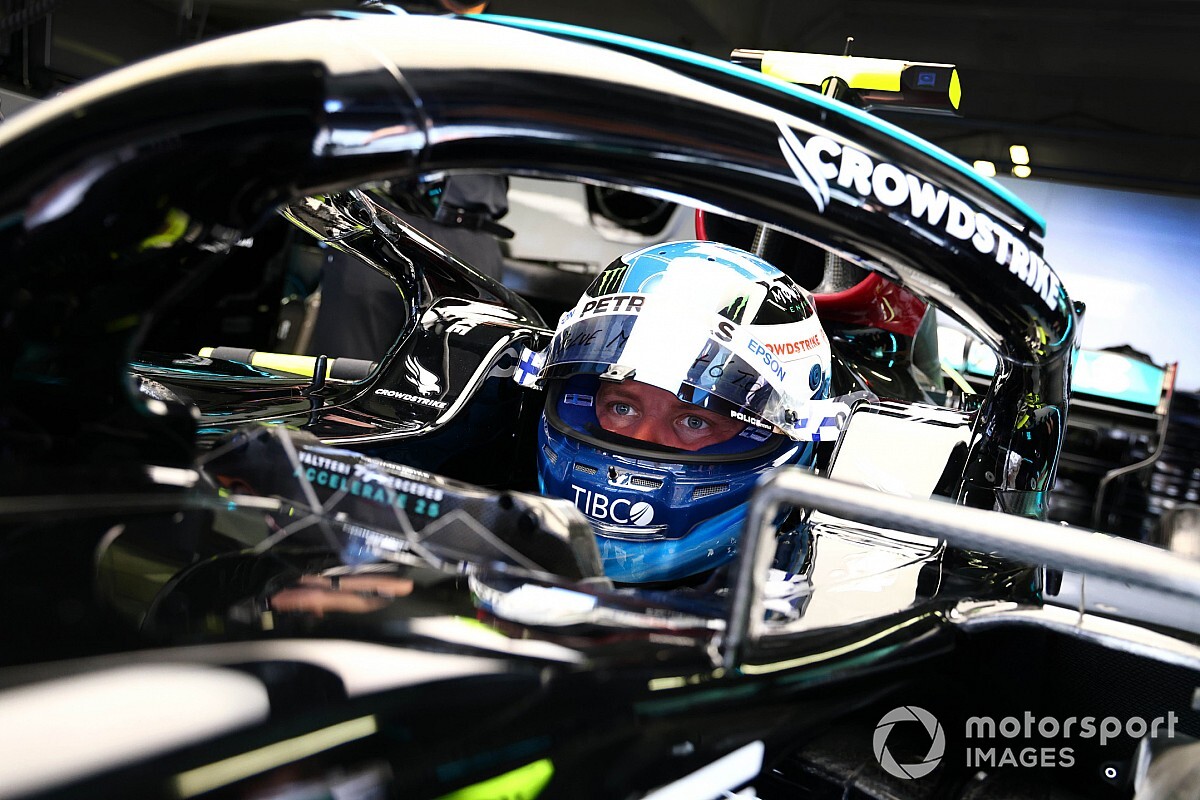 Both Friday practice sessions have each been cut to one hour in 2021, instead of the usual 90 minutes each. FP1 was topped by Bottas, while teammate Lewis Hamilton was fastest in FP2 – but his laptime was slower than the pace set in the morning session.

What happened in Free Practice 1?

Bottas headed the times from the early stages, setting 1m21.829s on his first run as teams evaluated the hard tyre. McLaren’s Daniel Ricciardo persevered on the hard for a longer run and briefly nabbed the P1 spot by 0.008s.

Red Bull delayed its hard-tyred run, and Verstappen set the fastest time of 1m21.053s after 20 minutes. Bottas retook top spot with 1m20.506s just before the halfway point of the session, 0.339s ahead of Verstappen and 0.447s quicker than Hamilton. Verstappen then went 0.006s faster than Bottas, and then improved again by 0.182s on a second hard-tyred run.

Mercedes switched to the softs, Bottas struggling to improve to begin with before producing 1m20.221s to retake P1 on his second push lap. Bottas lowered that again with 1m20.088s with just under 20 minutes remaining, and then produced a 1m19.648s.

Verstappen complained of vibrations on his soft-tyred run, but still got to within 0.025s of Bottas. Max then admitted defeat due to the imbalance and so didn’t get the multiple runs on the softs that Valtteri enjoyed.

Sergio Perez was third fastest for Red Bull, ahead of Ferrari’s Charles Leclerc. Down in fifth, Hamilton ended the session 0.319s adrift of his teammate, but did set the fastest first sector time. Pierre Gasly (AlphaTauri) rounded out the top six.

What happened in Free Practice 2?

The start of FP2 was delayed by 10 minutes due to the detection of a loose drain cover. When it eventually started, teams mainly opted for the medium tyre early on.

Verstappen suffered a brake-by-wire sensor failure after his opening lap of the session, and was stranded in the pits as Bottas set the pace at 1m20.423s.

Behind Bottas, who ended up 0.344s off Hamilton, Sainz was fourth, 0.36s off the quickest time, with the Alpines of Fernando Alonso and Esteban Ocon next up.