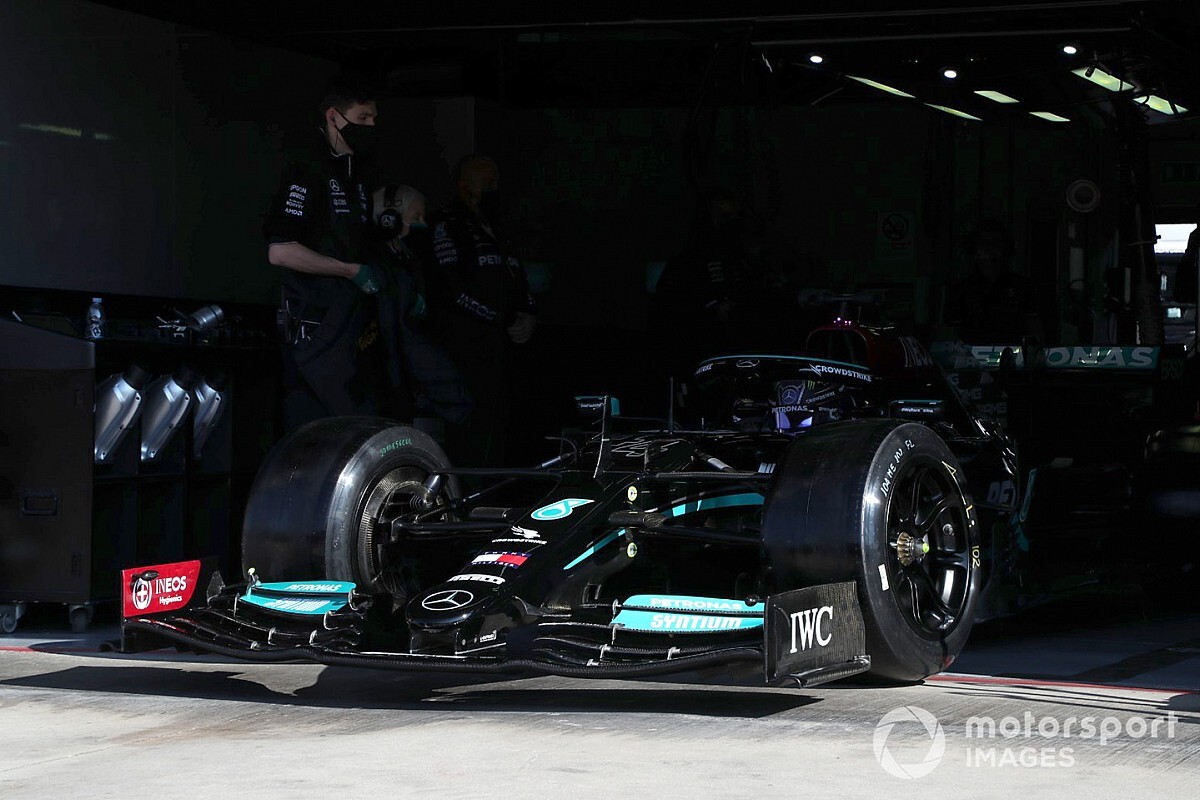 Seven-time world champion Hamilton signed a new one-year contract with Mercedes for the 2021 season back in February, raising questions about his long-term future.

But Hamilton has already said his future beyond 2021 is not dependent on winning a record-breaking eighth world title this year, nor does it feel like it will be his final season in F1.

Hamilton took part in a tyre test with Pirelli at Imola last week following the Emilia Romagna Grand Prix, conducted running on a set of its development 18-inch tyres for 2022.

Hamilton is known not to be a fan of additional testing, and joked that he “immediately regretted” volunteering when he woke up ahead of the Imola running, but felt that it was important to help Pirelli with its tyres for 2022.

“It was a really great track to test at so I enjoyed the day and the weather was good,” Hamilton said.

“Yes, I think I plan to be here next year, and I want to be a part of it and I want to help Pirelli and helping them lead towards having a better product.

“That is something that the drivers, all of us I think, have wished for, for more performance tyres moving forwards.

“So it was important for me to see and to gauge what the tyres are like, where the starting point is and what the differences are, what differences that I can help with, so from a driver point of view that we have more grip, more mechanical grip in our tyres, [and] better degradation.

“I think it was a good test and obviously it was the first step of the tyres but it definitely wasn’t a bad test to start.”

Picked up on his comment about planning to be on the grid in 2022, Hamilton said that his plans “can always change” as he is “pretty spontaneous”, but spoke about how much he was enjoying the challenge of the early 2021 title fight against Max Verstappen.

He also spoke of the need to do further work to improve diversity throughout motorsport, working closely with his Mercedes team on projects for the future.

“I’m enjoying this battle that we’re having, it’s more exciting, it’s been even more of a challenge,” Hamilton said.

“As I said, I continue to love working with this team and it’s encouraging to see the steps that my team are making toward becoming more inclusive and more diverse.

“I think today they already announced one of the initiatives we have within our organisation and we still have a lot of work to do as a sport. There are still many teams that have continued to stay silent.

“There are many people so far that have not particularly been held accountable and there’s still a lot of work to do within this sport.

“I know that being here, I have more of a chance of helping change that than not, so that’s something I’m looking to.