That could be worse. Injuries are one of the things that no wrestler can avoid. No amount of talent, training or experience can prevent the possibility of some kind of fluke accident that can either cause an injury or worsen something that was already there. That was the case again earlier this year when a veteran was injured during a match. Now we have an update.

MVP suffered a knee injury during a six man tag on the February 15 edition of Monday Night Raw and has not wrestled since. While he has appeared on television, he has been walking around with a cane. In a new interview with WWE Espanol, MVP gave an update on his injury, saying that his knee is better but not entirely healed. His doctors are going to try one more procedure but if it does not work, he will undergo arthroscopic surgery. There is no word on how long MVP would be off television should he have the surgery.

Opinion: The fact that the knee is doing better is a good thing, but at the same time, it is going to be interesting to see what happens. One of the silver linings to MVP’s current status is that he can go out there in a suit on his cane and do just about everything that made him work. MVP is an amazing talker and someone who only wrestles on occasion. Hopefully he gets better though, as his health is what matters most.

How good has MVP been over the last year? What is next for the Hurt Business? Let us know in the comments below. 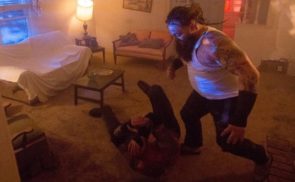 May 14, 2021 sportsgamingwire
The unique offer is sure to attract race fans with the chance to take...