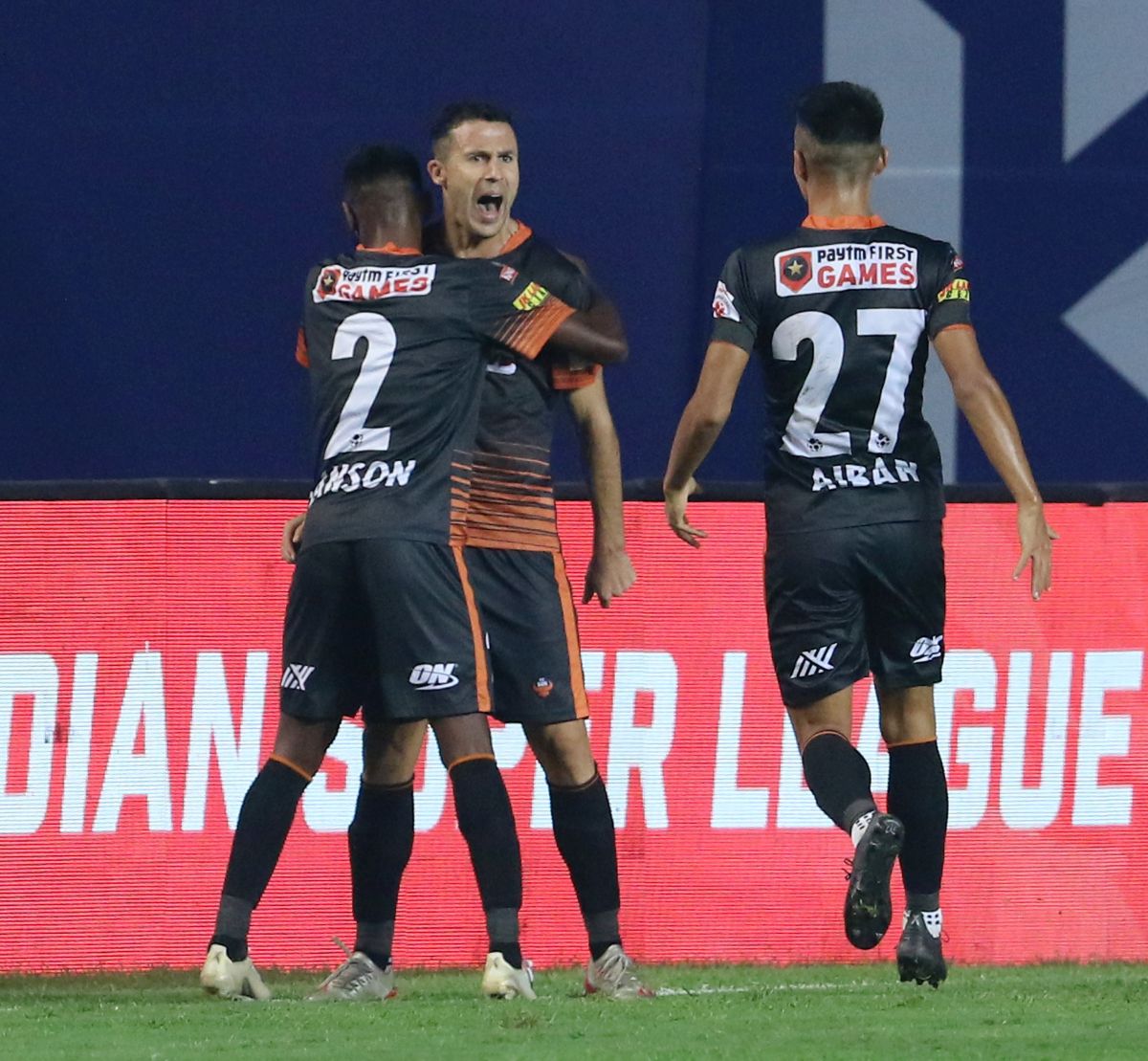 FC Goa picked up three points in style as they staged a thrilling comeback to see off Hyderabad FC 2-1 in the Indian Super League (ISL) in Vasco on Wednesday.

Aridane Santana (58′) put Hyderabad ahead but Goa left it late and scored through substitute Ishan Pandita (87′) and Igor Angulo (90′) to inflict a third successive defeat on the Nizams.

Joel Chianese, making a return from injury, was among the three changes made by Hyderabad while Lenny Rodrigues came back in the line-up for Goa at the Tilak Maidan Stadium.

Both teams failed to create clear-cut chances in the first-half, staying defensively organised. As a result, no shots on target were registered. But it was Goa, who appeared more threatening.

They missed a chance to grab the lead in the 10th minute through the first corner of the game.

Brandon Fernandes whipped in a teasing cross for James Donachie but the defender failed to get his header on target.

Goa fashioned another great chance right before the end of the break. Receiving the ball on the left, Brandon cut inside and flicked the ball for Angulo in the box. The latter tipped his header over the bar.

Hyderabad began the second half aggressively, taking the game to Goa. Their intent soon paid off as they opened the scoring just before the hour mark.

Goa, who have been guilty of conceding from set-pieces, were exposed again.

Hyderabad won a throw-in and Asish Rai crossed the ball for Aridane, who headed home from close range to bag his fifth goal of the season.

The Gaurs too had their chances and missed a great opportunity to draw parity in the 69th minute. Brandon drilled a cross across the face of goal for Jorge Ortiz Mendoza, who made a run into the box but failed to connect.

Two minutes later, Aridane had the ball in the back of the net, after receiving one from Yasir, but was flagged offside.

Goa kept knocking on the door but lacked the cutting edge in the final third, failing to register a single shot on target. But Juan Ferrando’s men, like they did in the previous game against Jamshedpur, displayed fighting spirit.

The equaliser came through a set-piece as Pandita flicked in Edu Bedia’s free-kick at the far post with his first touch of the game.

Minutes later, Angulo netted his ninth goal of the season. Substitute Alberto Noguera threaded a through ball for the striker, who produced an excellent finish to seal the three points for Goa.