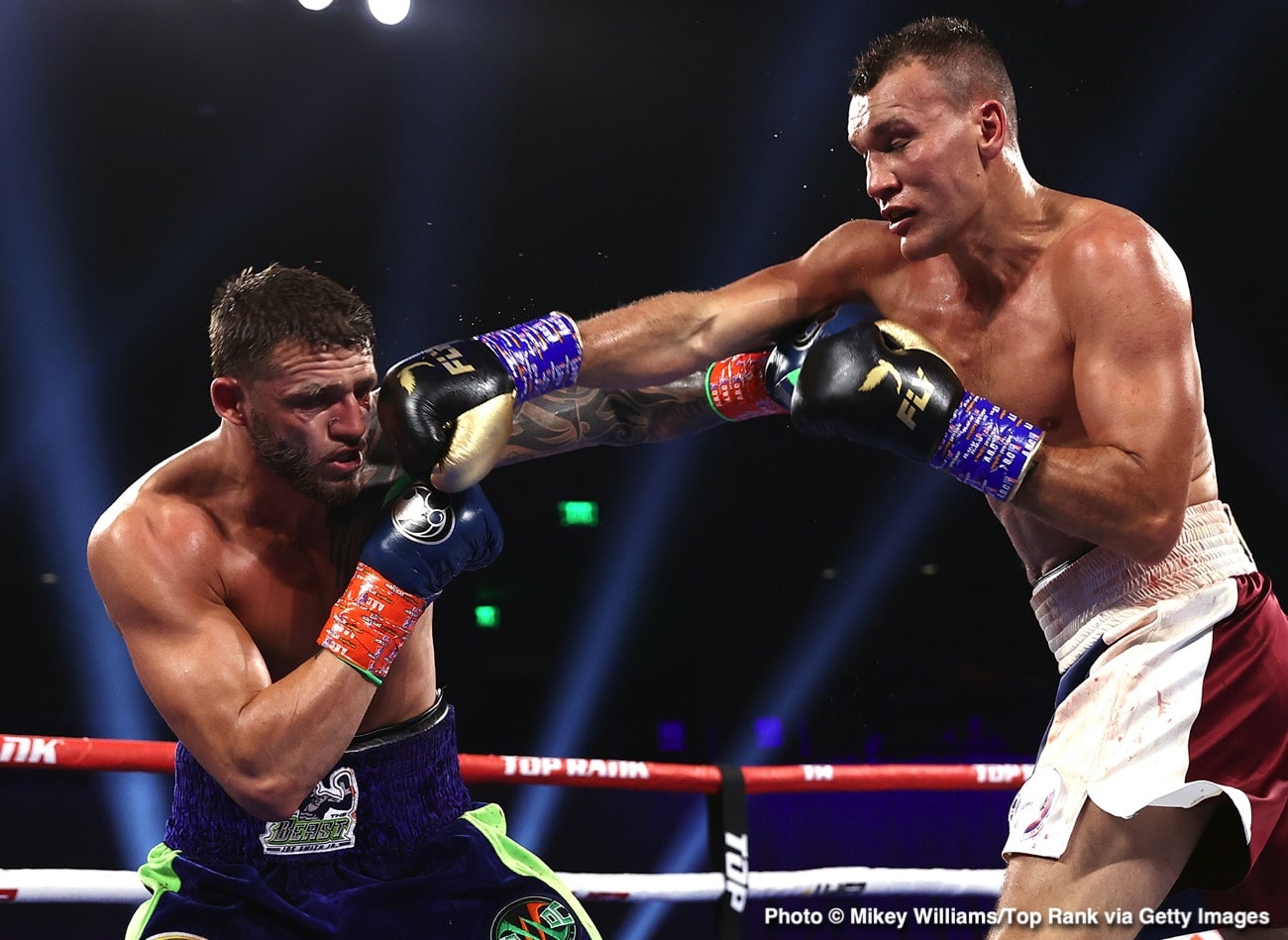 WBO Light Heavyweight champion, Joe Smith Jr is keen to face unified world champion, Artur Beterbiev next and believes he has all the tools to beat him.

Smith Jr claimed a maiden world title at the second attempt, edging Maxim Vlasov by majority decision on April 10 after a frantic battle in Oklahoma.

The 31-year-old is now intent on unifying with undefeated WBC and IBF world champion, Beterbiev who stopped Adam Deines to take his record to 16 wins all by knockout and is confident of inflicting a first defeat on his slate.

“I want the big fights, I want to unify belts and I want to make the money,” Smith Jr told Pro Boxing Fans.

Asked what he’d do differently from the Vlasov fight to defeat Beterbiev, Smith Jr added: “I’ve just got to be myself.

“Show up 100% and just stay busy and I believe I can pull it off. I think I have what it takes to beat Beterbiev.

“I have the power to match his and I believe I’m a little faster and my boxing abilities I believe are better.”

The Long Island man has also been the target of British contenders, Callum Johnson and Lyndon Arthur, the latter of whom was elevated to number one contender with the WBO earlier this week.

‘The Beast From The East’ believes they would be good fights down the line, but remains keen on securing the remaining belts first.

“I watched his fight,” Smith Jr said of Johnson’s win over Emil Markic on Saturday.

“As far as I know he [Markic] is not top material. It was a decent fight and he ended up stopping the guy.

“He’s a strong, tough dude, I think it would make for a good fight, me and him, but I’m after the belts right now.

“I’m looking to go upwards and forwards not back the other way, but who knows anything is possible.

“It could possibly make for a good fight too [against Lyndon Arthur]. That’s something else that’s being talked about.

“It’s not really something I’ve got my eyes set on, I’m set on the titles, but he’s another top contender, he’s the number one ranked in the WBO next in line I believe and we’ve got to see what happens.”