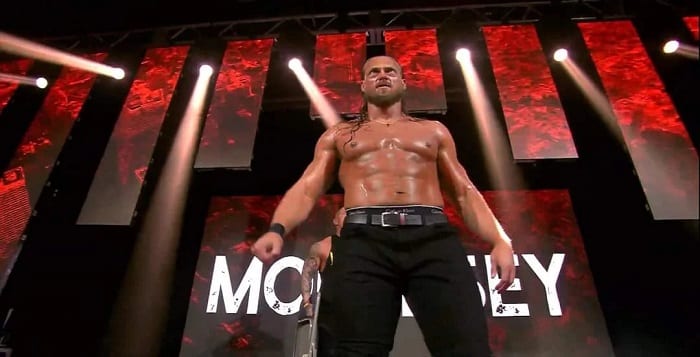 He might have a future. While WWE is the biggest and most powerful wrestling promotion in the world, they are also not the only one out there. Several wrestlers appear for the promotion every single week but there is only room for so many of them. For one reason or another, some wrestlers are going to leave the company and go elsewhere at one point in their careers. Now one of these wrestlers has found a new home.

Earlier this week, W. Morrissey, formerly known as Big Cass in WWE, made his debut at Impact Wrestling Rebellion, taking part in an eight man tag by replacing an injured Eric Young. According to Fightful Select, Morrissey is officially signed with the company and will be part of its active roster going forward. This is the first time that Morrissey has been on a major roster since being released from WWE in 2018.

Morrissey wrestled on the main WWE roster from 2016-2018, following a four year run in NXT. Most of his time in the company was spent in a tag team with Enzo Amore, with Morrissey mainly serving as the muscle for the team. Morrissey was released from the promotion due to backstage issues and personal problems. He has select appearances on the independent circuit but has not worked for a major promotion until Impact Wrestling.

Opinion: This is a rather nice story to see as Morrissey had some major issues but seems to have gotten better for the most part. While we don’t know what is going on inside his head, things seem to be going a lot better for him and hopefully he can stay good mentally, which is more important than anything he does in the ring. Morrissey is a talented guy, but it isn’t going to matter if his mind isn’t right.

Assuming everything is working for Morrissey, Impact Wrestling could have picked up quite the gem. Morrissey is a huge guy with a lot of charisma and could be a steal. He is only 34 years old and has quite the reputation already, meaning Impact will not have to spend a lot of time building him up. If this works out, Morrissey could be a big deal in the company for a long time to come.

What did you think of Morrissey’s debut? How will he do in Impact Wrestling? Let us know in the comments below.

Movin On Up: WWE Part Of Peacock’s Recent Growth