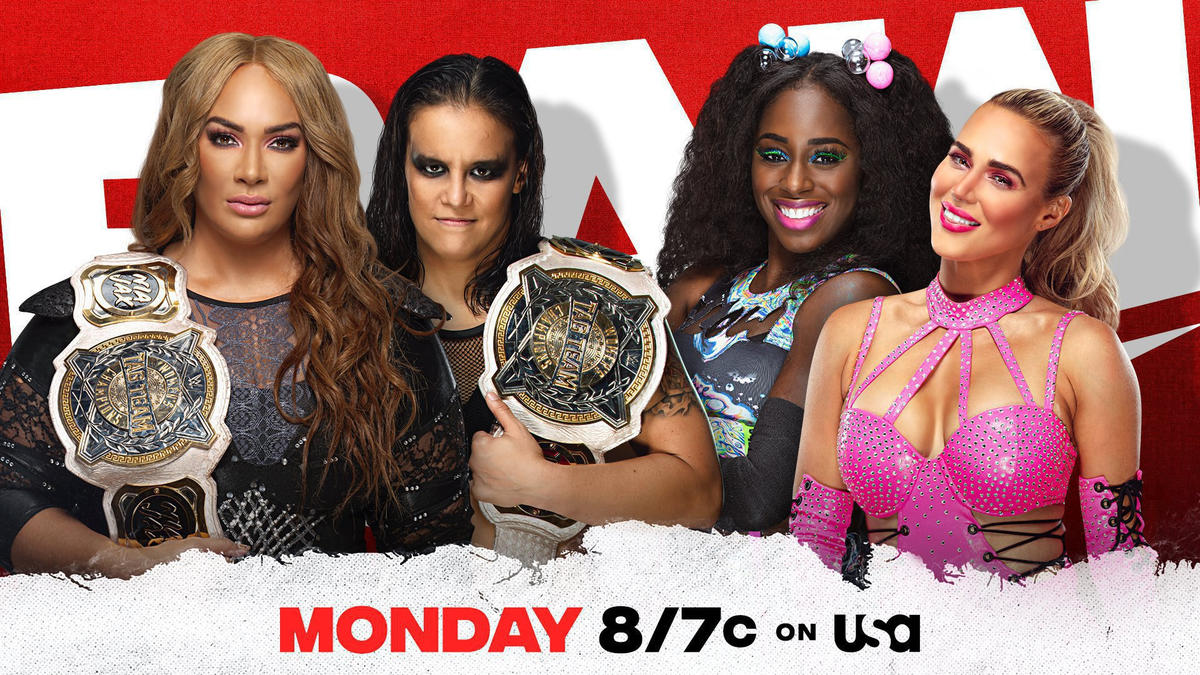 There may be no bounds to Nia Jax & Shayna Baszler’s dominance, but Lana & Naomi have a chance to bring their commanding reign to an end.

This Monday night on Raw, the WWE Women’s Tag Team Champions will defend against Lana & Naomi.

Champions for seven of the last eight months, The Irresistible Force and The Queen of Spades have decimated practically all challengers in their path.

However, Naomi, a two-time SmackDown Women’s Champion, knows what it takes to win a title, while Lana may be on a precipice of a breakthrough win after nearly pinning Raw Women’s Champion Rhea Ripley in a Six-Woman Tag Team Match last week.

Will we see new champions crowned? Or will Jax & Baszler steamroll the competition once again?