The Briton, who finished on the podium at Imola a fortnight ago, was eighth in the morning session and 12th in the afternoon on a day when the wind and low grip track surface caused some headaches.

But judging by the balance struggles he faced over the course of his running, Norris said that the team would need to make a big step forward overnight if it was going to get into the top ten on Saturday.

“There were a lot of people making mistakes, myself included, so it’s not easy to put it all together,” he explained.

“You don’t have like an obvious one lap where the tyres are good, they last two or three laps here. So yeah, it’s different and it is tricky.

Norris says McLaren’s Q3 hopes are also looking slimmer because Alpine appears to have made good progress with its car, with Fernando Alonso and Esteban Ocon ending up fifth and sixth in the afternoon. 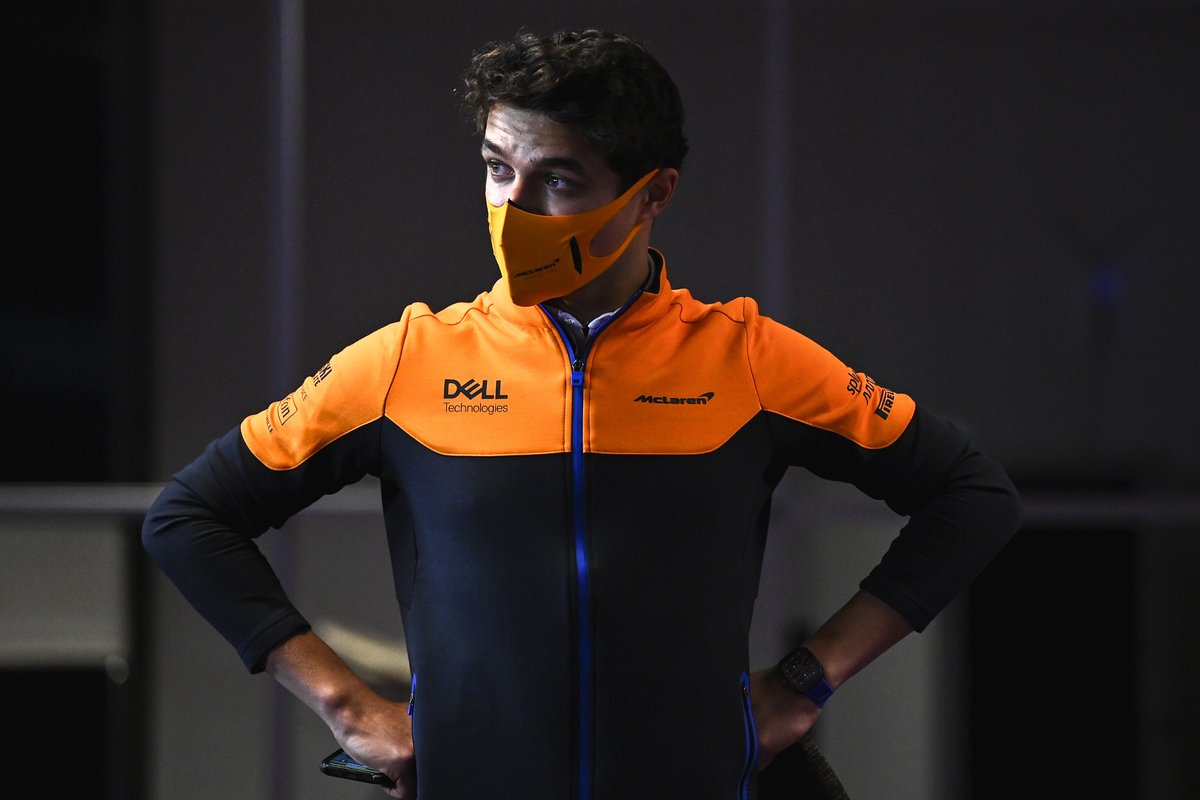 He added: “Normally we had a big gap to the Alpine the last few weekends – but this weekend, they seem a lot more competitive. So it makes the race, or the chance to get into Q3, a lot more difficult.

“It’s two more cars we might be racing. So it’s exciting, but it makes life a bit more tricky, and a bit closer, so it’s going to be tough.”

While Norris was being cautious about McLaren’s chances, teammate Daniel Ricciardo was more upbeat about his own form after he ended up eighth in the afternoon.

“I think it was a better day personally,” explained the Australian. “For me, I just felt like I got on with it from the start of FP1. And I think it’s the feeling I got, or the signs of what I had today, is what I hope to be inevitable, and it will come over time.

“But certainly, I felt like today I took a step forward in terms of just my confidence in the car and ability to hang it out a little bit more.”