Lacklustre Liverpool held to another draw at Newcastle 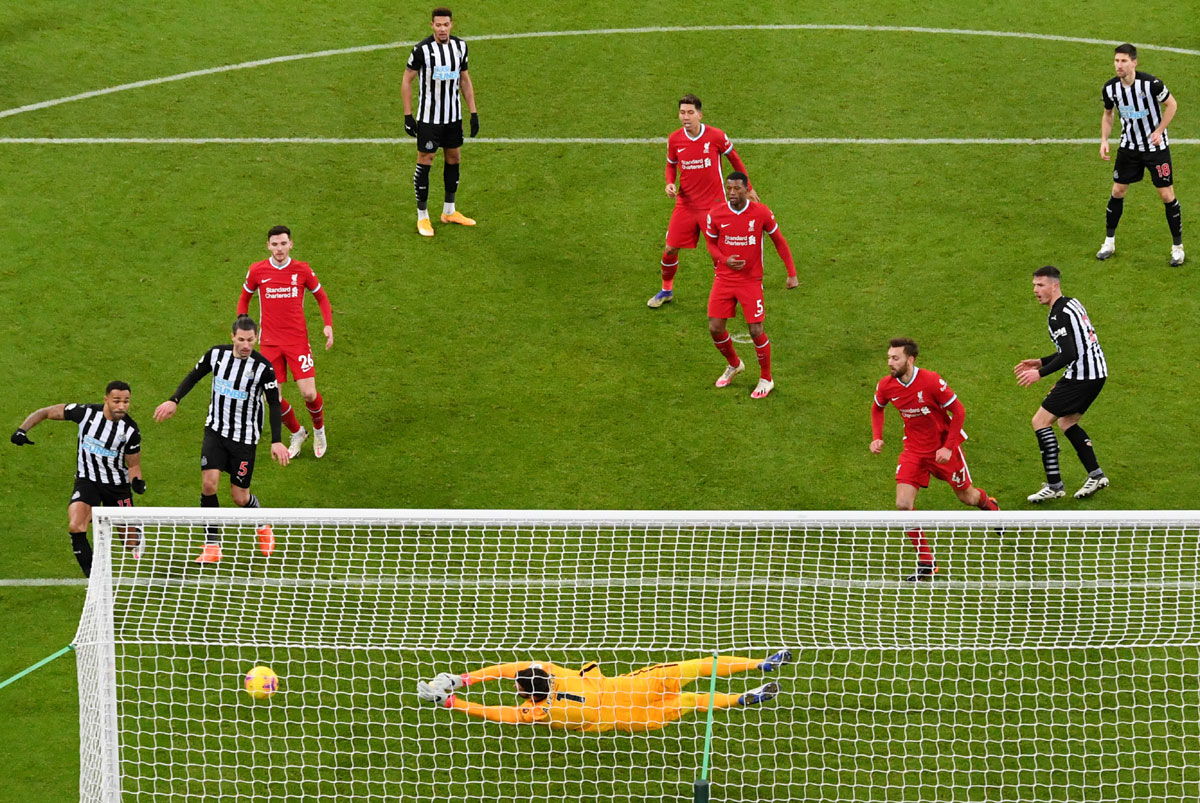 An off-key Liverpool were frustrated for a second successive game by struggling opponents as they were held to a 0-0 Premier League draw at Newcastle United on Wednesday.

Juergen Klopp’s side had the chance to open up a five-point lead at the top of the table, but a combination of wastefulness and Newcastle’s valiant rearguard kept them at bay.

Mohamed Salah, Sadio Mane and Roberto Firmino were all guilty of poor finishing for the champions while Newcastle goalkeeper Karl Darlow produced a couple of fine saves.

Liverpool were held 1-1 by second-bottom West Bromwich Albion on Sunday and also drew with struggling Fulham earlier this month.

Klopp’s team lead the table going into the New Year with 33 points from 16 games, but second-placed Manchester United are only three points behind with a match in hand.

“You might not think I have to tip my hat to my team but I like the performance,” Klopp said. “It was really good, can we play better football? Yes, but in this game we did more than enough to win it.

“The boys are frustrated and rightly so but not about the performance. You have to respect the result. It won’t stay like this forever and I know the boys will finish these situations.” 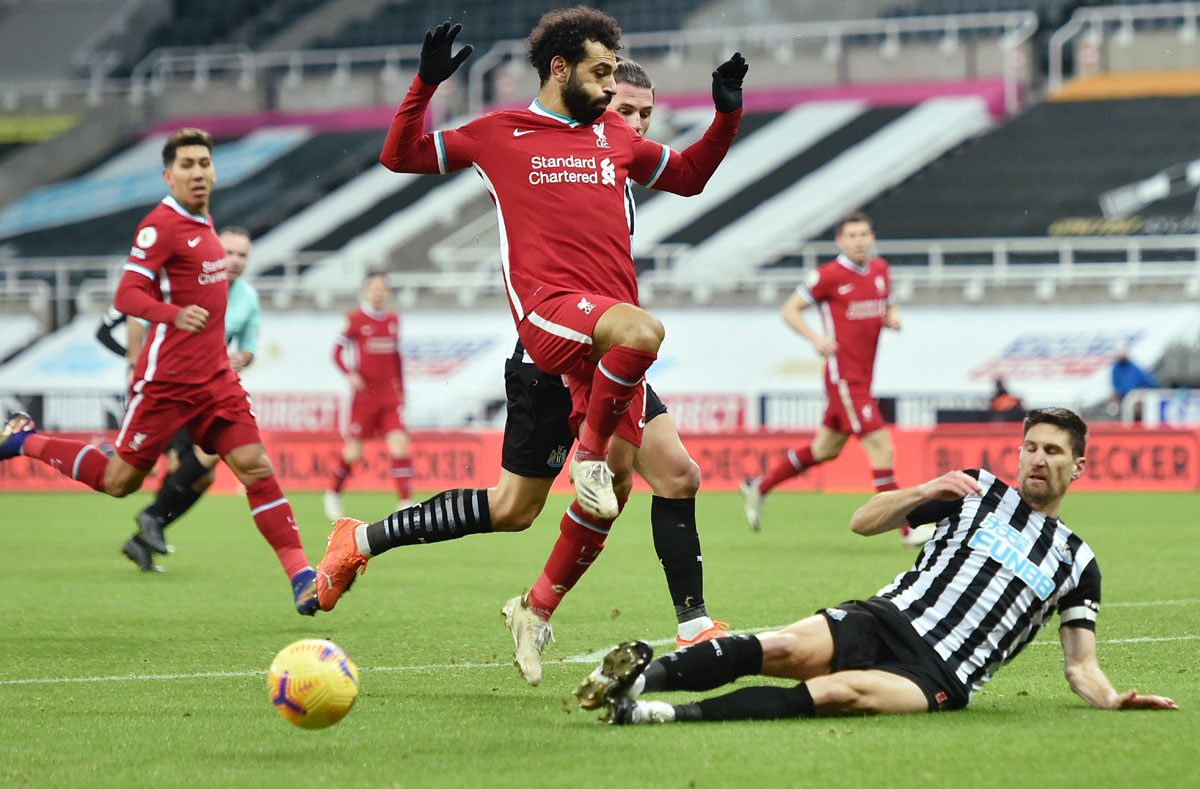 Newcastle climbed a place to 14th, eight points above the bottom three.

Liverpool enjoyed overwhelming possession early on but lacked their usual zip and it gave heart to a Newcastle side who had lost two and drawn one of their last three league games.

The visitors struggled to carve out chances but did so just past the half hour when Salah found himself in acres of space in the area but his shot was turned around the post by Darlow.

Darlow then beat away Firmino’s header from Mane’s cross as the hosts arrived at halftime on level terms.

Liverpool raised their tempo in the second half and Newcastle were forced deeper and deeper.

Mane headed wide and Salah again found himself with the goal at his mercy after taking Firmino’s slide rule pass but he guided his shot wide of the post.

Firmino headed another chance wide and Mane looked poised to tap in a loose ball but Fabian Schar produced a last-ditch clearance to avert the danger.

Darlow made another excellent save to keep out Firmino’s header but Ciaran Clark almost netted late on for Newcastle with a header that was clawed out by Alisson. 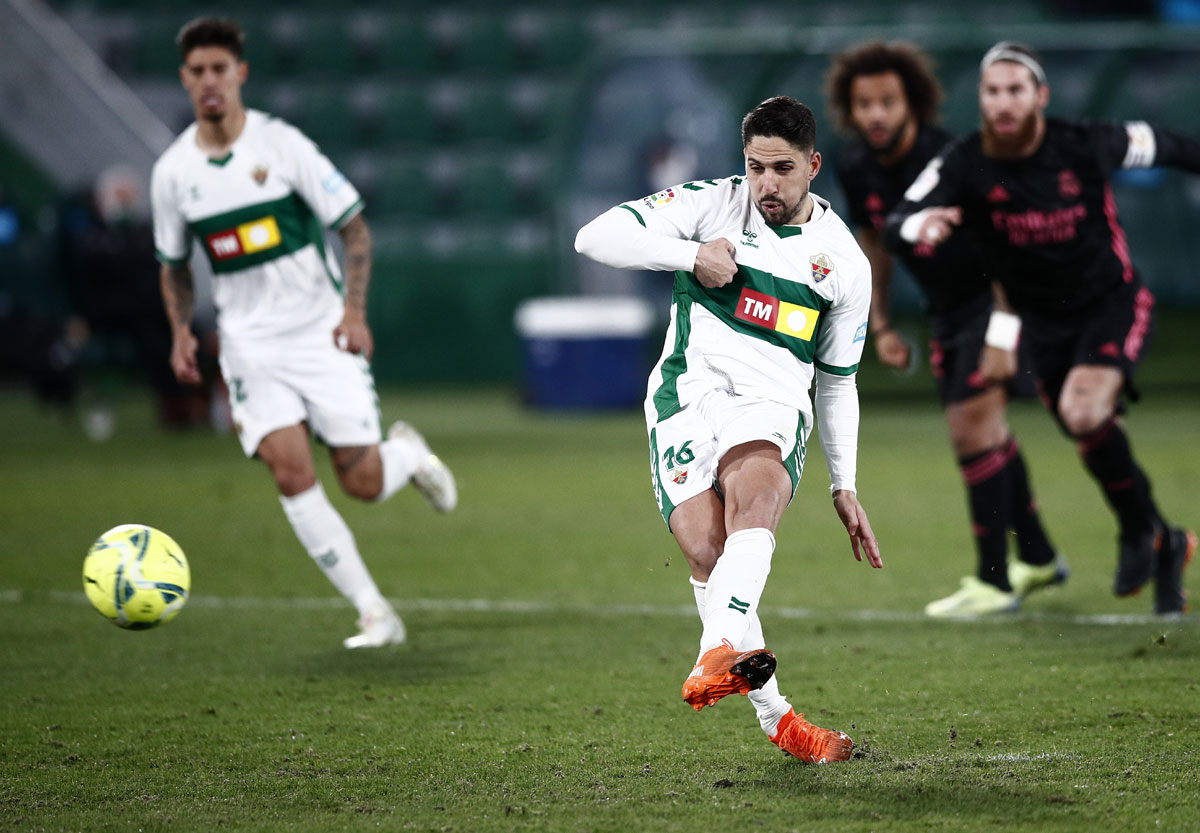 Real Madrid were held to a disappointing 1-1 draw at struggling Elche on Wednesday, losing ground in the La Liga title race to leaders Atletico Madrid.

A header from Luka Modric gave the champions the lead in the 20th minute but Elche found a way back into the game when Fidel Chaves levelled from the penalty spot early in the second half.

Both sides had chances to take all three points, with Elche forward Lucas Boye striking the post, while Real defenders Dani Carvajal and Sergio Ramos were thwarted by fine saves from the home side’s keeper Edgar Badia.

Elche had a last-gasp chance to win the game when they earned a free kick in added time, but defender Gonzalo Verdu’s shot was tipped away by Real keeper Thibaut Courtois.

The draw halted a six-match winning streak in all competitions for Real and left them second in the standings on 33 points. Elche are 15th on 16 points.

“We started well but our opponents had studied us well, they put everyone behind the ball and tried to hit us on the break and it’s not a huge surprise we couldn’t win,” said Real midfielder Casemiro.

Real had pulled themselves back into the title race with a run of five league wins in a row before the Christmas break and looked likely to notch another after an excellent first half.

Toni Kroos missed the target with a free header and Marcelo clanged the crossbar shortly before Modric put his side in front, following up a thumping strike from Marco Asensio which also hit the bar.

Zidane’s side had a penalty incorrectly awarded for a block by an Elche player which the referee thought had struck his arm, but the official corrected the decision after reviewing it on the pitchside monitor.

Elche only troubled Courtois once in the first half but earned a golden chance to level when Carvajal was penalised for grappling with Antonio Barragan.

Courtois guessed the right way but Fidel’s penalty had too much power.

They had their impressive Badia to thank for keeping it that way, the keeper denying Ramos from point-blank range, moments after flying across his goal to push away a shot from Carvajal.

Real’s record signing Eden Hazard returned after over a month out injured but could not help his side get the winner they craved. 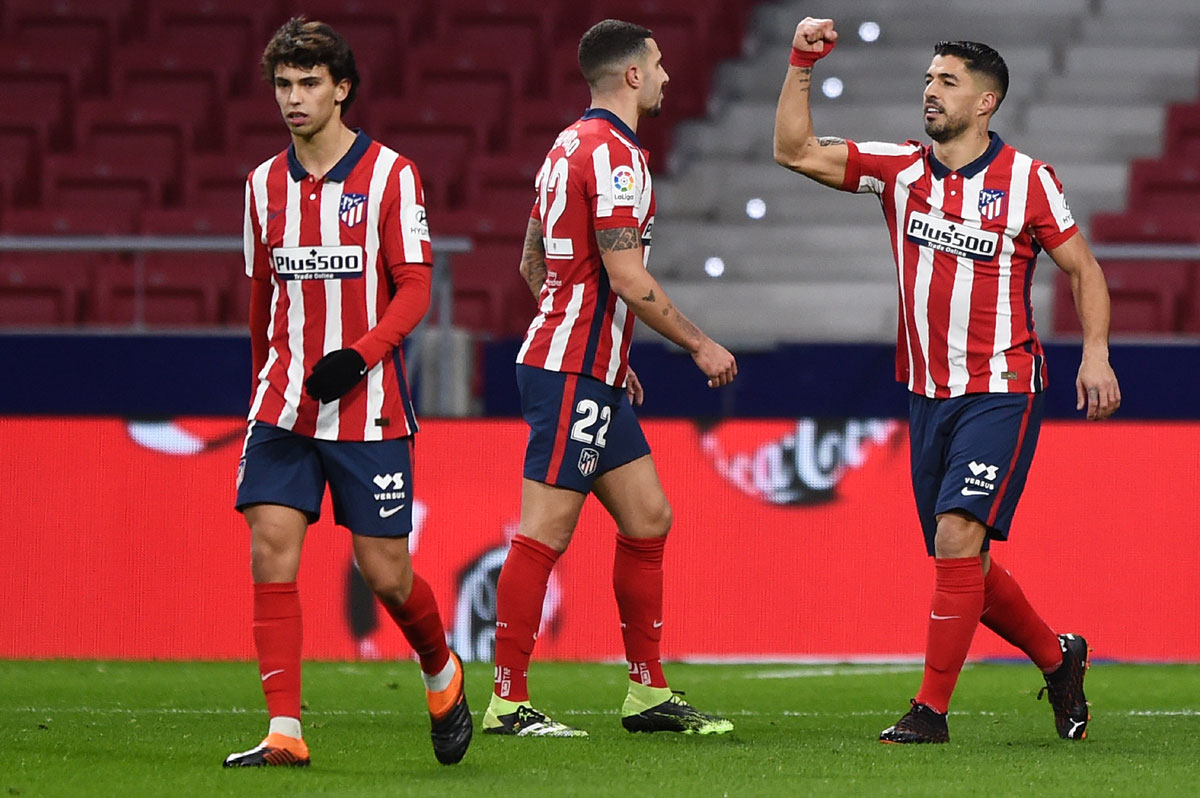 A Luis Suarez header gave Atletico Madrid a 1-0 home win over Getafe on Wednesday in coach Diego Simeone’s 500th game in charge, moving them two points clear at the top of La Liga with two games in hand.

The Uruguayan glanced in a lofted pass from Yannick Carrasco to put Atletico ahead in the 20th minute and they ground out the win to preserve their remarkable record of never conceding a goal to Getafe since Simeone became coach nine years ago.

A third consecutive league victory took Atletico on to 35 points after 14 games, two ahead of second-placed Real Madrid, who drew 1-1 at Elche and have now played 16 matches.

Getafe, who challenged for a top-four finish in the previous two seasons, are down in 14th place on 17 points, two above the relegation zone.

Atletico went into the match after being a dealt a double setback of Kieran Trippier being suspended for 10 weeks for a betting infraction and Diego Costa leaving the club after rescinding his contract.

The absences did not seem to affect them, however, and even though this was far from their most impressive performance of the season, they always looked in control and ended the year with an unbeaten home record in all competitions.